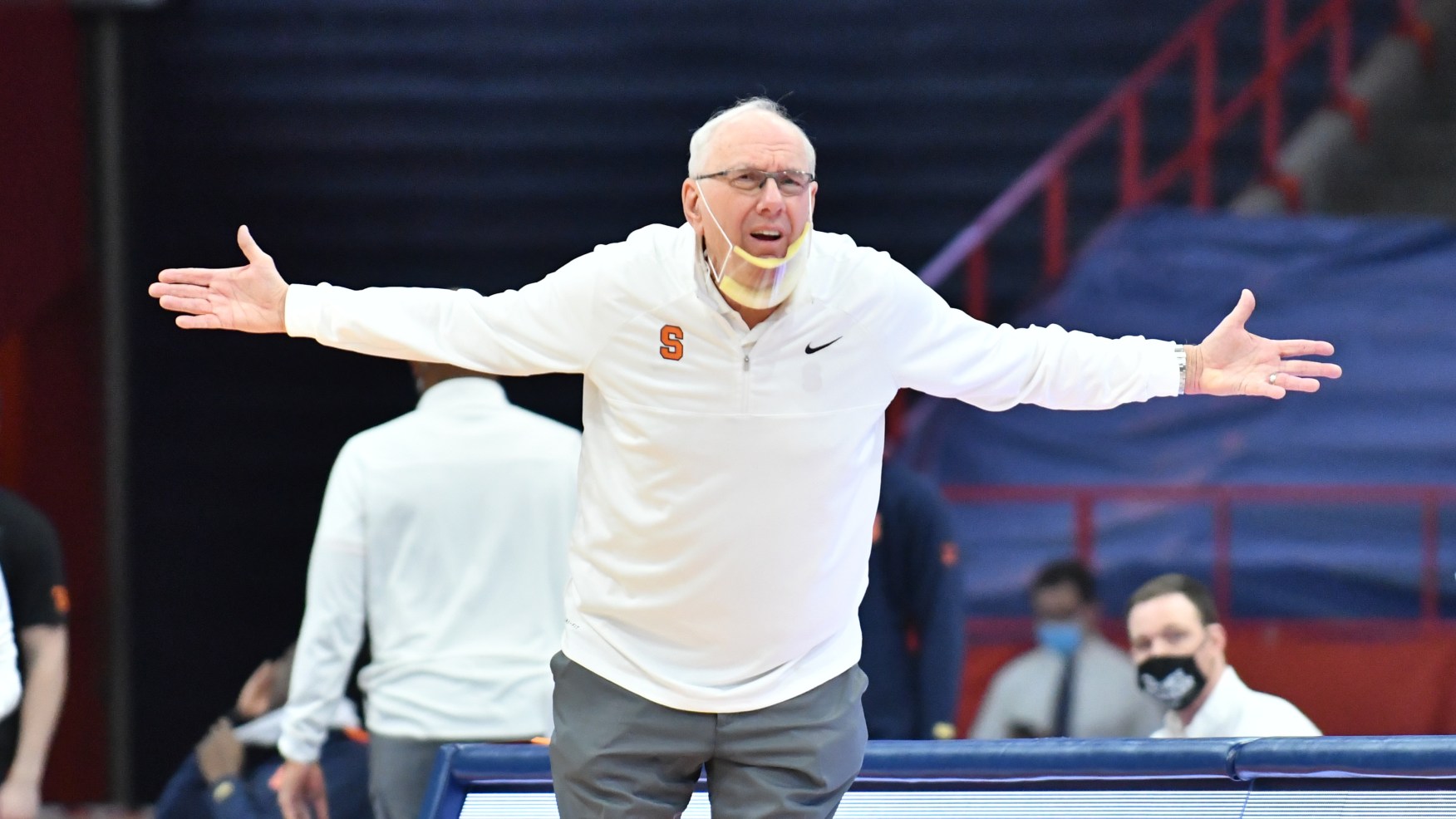 You already knew that the Syracuse Orange men’s basketball team was off to a rough start in 2021-22, but exactly how bad is it, historically?

At 7-6 through 13 games, Syracuse is off to its worst start under Jim Boeheim, and its worst start in over five decades. While every season hasn’t always started with a ton of success, we do forget just how consistently good the Orange(men) have been since the start of the 1970s. But back in 1969-70, SU started off the season 6-7 before falling flat with a 9-12 finish to the year (including a resounding 106-77 defeat at Bowling Green to wrap up the year).

While I wouldn’t go as far as those depths for this team, Syracuse’s remaining schedule is clearly harder now than it was then — both over the first 13 games and after that point. So while this squad’s better and likely won’t finish with something on par with 9-12, a few games under .500 is still very much a thing that could happen based on what’s ahead.

Of course, there’s some time to still turn things around. Syracuse didn’t look terrible against Virginia on Saturday, even if they did falter down the stretch. And they’ve already notched an ACC win on the road over Florida State this year. Having multiple games against some of the lesser teams in this year’s mediocre ACC will help matters, too. And yes, it’s worth admitting that this has been one of the tougher early schedules Syracuse has ever faced.

The Orange start looking to correct things this Wednesday, January 5, at Miami.