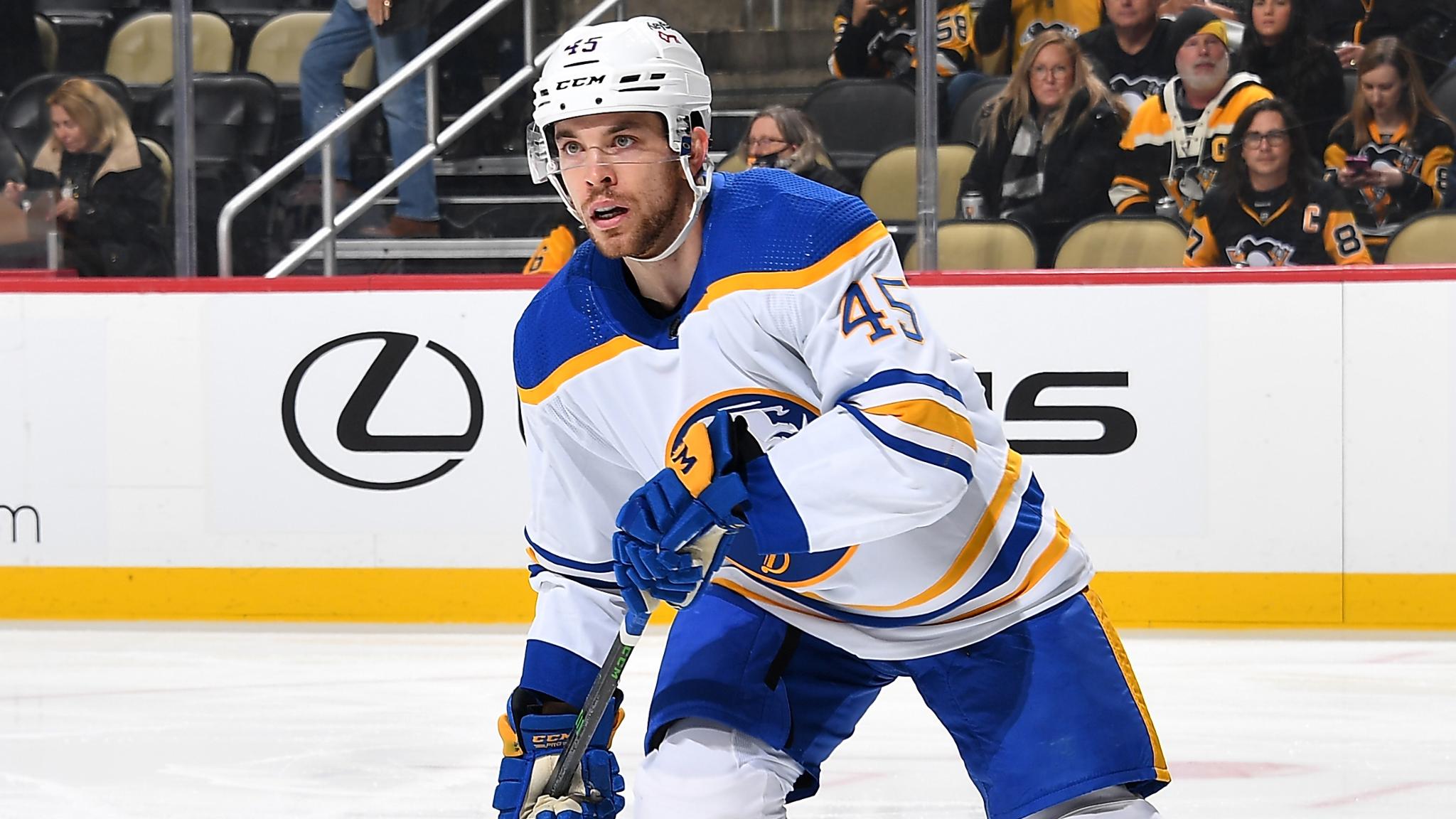 The Buffalo Sabres have recalled defenseman Casey Fitzgerald ahead of Wednesday’s game against the New Jersey Devils.

Fitzgerald, a third-round pick in 2016, made his NHL debut on December 17 at Pittsburgh where he recorded an assist, two shots, five hits,, two blocked shots and a fight in 16:42 of action.

The team also reassigned Ethan Prow to the taxi squad.

Prow has 14 points (1+13) in 23 AHL games this season. The 29-year-old defenseman signed a one-year contract with Buffalo in July.

The NHL and the NHLPA agreed to the formation of taxi squads on Sunday in order to provide clubs with readily available players who can be recalled to the NHL in order to minimize the chances that clubs have to play shorthanded or games have to be postponed due to pandemic-related issues.

Taxi squads will dissolve after each team’s final game before the All-Star break in February.

Forwards Vinnie Hinostroza, Zemgus Girgensons, Jeff Skinner, Mark Jankowski and Dylan Cozens, and head coach Don Granato are currently in the NHL’s COVID-19 protocol and are expected to be unavailable for tonight’s game.

Faceoff against the Devils is set for 7 p.m.