First responders were called to a fiery crash on the New York State Thruway Monday afternoon.

The call came in during the late-morning hours between exits 40 and 41 in the eastbound lanes of the Thruway.

Traffic was temporarily delayed around the crash.

The operator was identified as 78-year-old Judy Tolbert, who was in Tyre near the Waterloo exit in a camper vehicle.

Once the flames were visible- winds caused it to quickly spread.

The camper was a total loss. 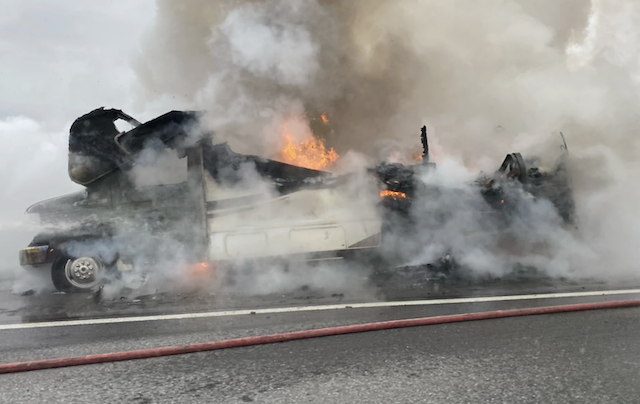