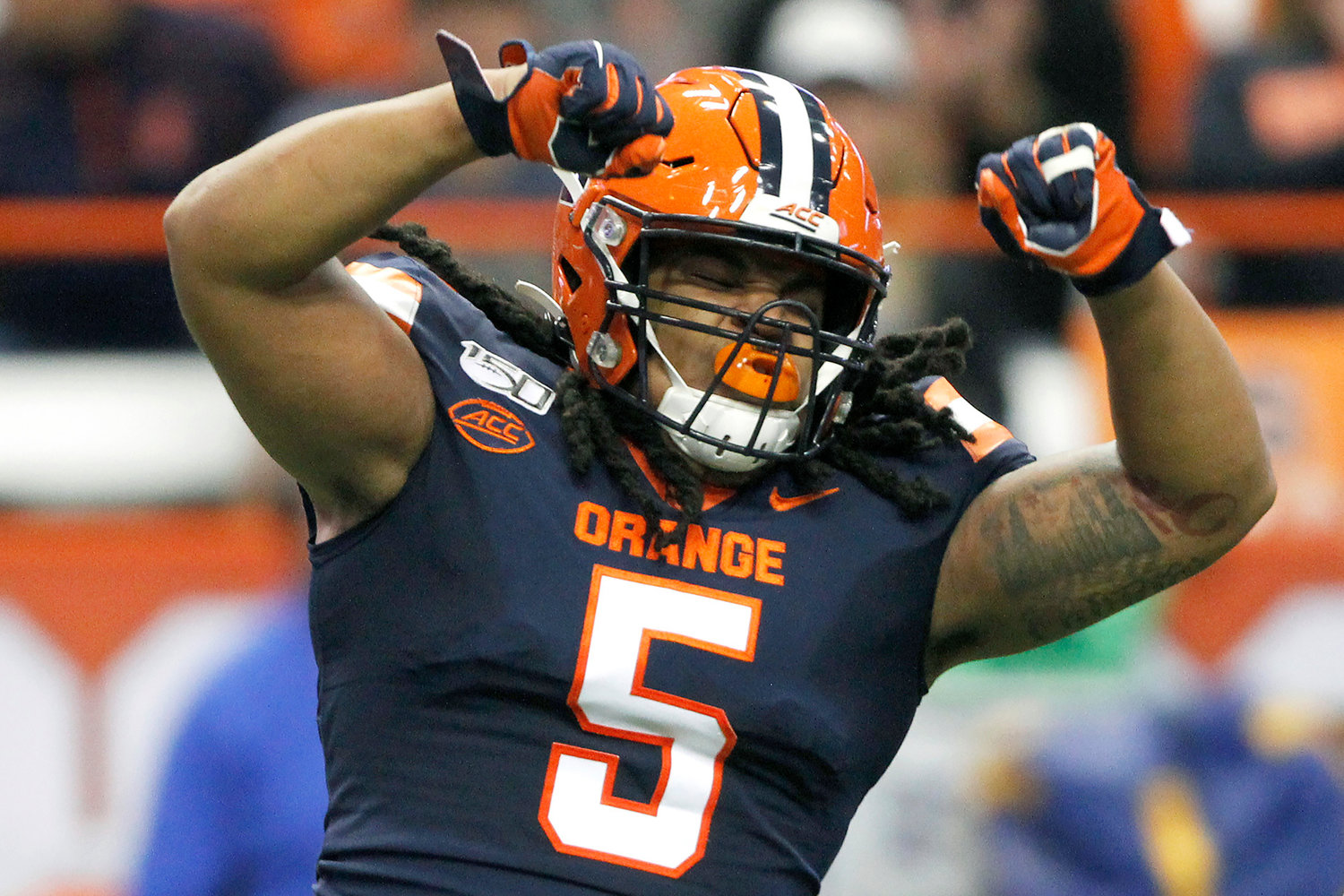 One of Syracuse football’s most well liked players within the program and amongst the fan base will return for the 2022 season, head coach Dino Babers said during his weekly press conference on Monday. Starting tight end/fullback Chris Elmore, who has missed games in 2021 due to injury and other undisclosed reasons, will not play in the regular season finale’ but that will allow him to redshirt and return next season. The 2022 campaign will be Elmore’s sixth with the Orange.

The news is obviously a blow for the last game of 2021, but is a major boost for 2022. Elmore is a highly respected team leader who is among the most unselfish players the program has ever had. During a 2020 season where Syracuse dealt with injuries throughout the roster, Elmore moved to offensive line in order to allow the Orange to have enough players at the position to play. He has also spent time at defensive line during his time with the Orange.

“Chris Elmore is so unselfish,” Babers said during the 2020 season. “I mean, we would not have been able to finish the season without him. There would have been 11 no-contests without Chris. And I can’t thank him enough for the unselfish act he did in keeping us afloat and keeping us running through these games.

“From a team standpoint, we needed to play these games. We needed the growth, we needed the knowledge that these games are going to bring to us into the future. And he’s one of the main reasons, along with some other guys, why we were able to pull this off.”

Elmore signed with Syracuse as part of the 2017 recruiting class. He picked the Orange over Buffalo, Central Michigan, Western Michigan, Wyoming and several others. During his time at Syracuse, he had not taken a redshirt year. That allows him to take one this season with the games he has missed.

Syracuse wraps up the 2021 regular season against Pittsburgh on Saturday, November 27th at 7:30 p.m. inside the Carrier Dome.