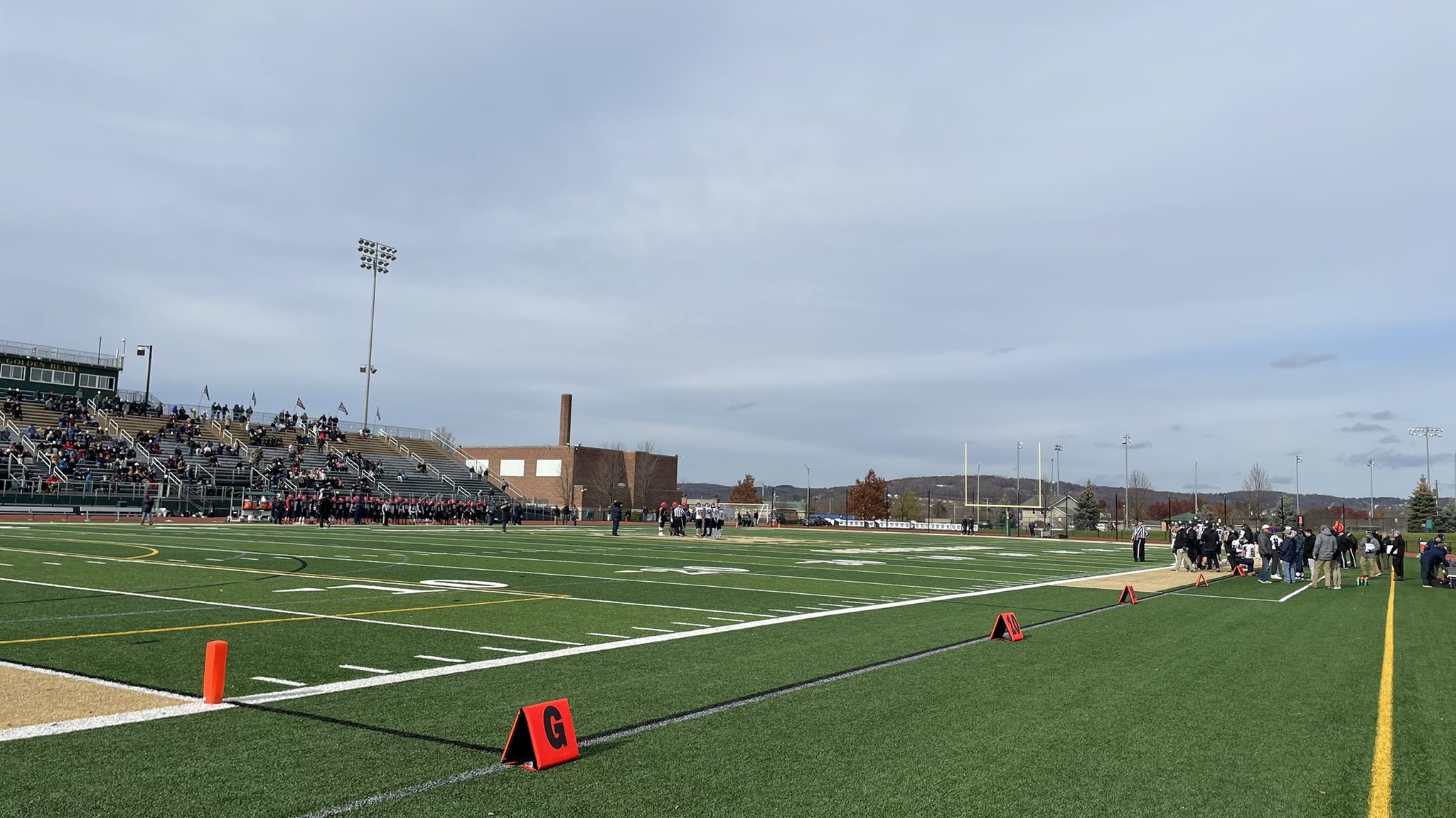 All season long, the Skaneateles football team had counted on its quick-strike offense to overwhelm the opposition, which worked quite well during an unbeaten run to the Section III Class C championship.

But it was the Lakers who got overwhelmed Saturday in the regional final at Vestal’s Dick Hoover Stadium as long-time Section IV power Chenango Forks scored on its first five possessions and prevailed 41-28.

These two had a very recent history – namely, the 2018 regional final at Cicero-North Syracuse’s Bragman Stadium that Patrick Hackler won for the Lakers with a touchdown on the game’s final play.

And it didn’t take long for Skaneateles to find itself trailing Forks again. James Musso threw an interception on the Lakers’ opening possession, which the Blue Devils, with a short field, turned into points when Jay Haqq found the end zone five minutes into the game.

Unable to immediately answer, Skaneateles watched as Forks put together a second scoring drive that, again, Haqq finished off, his three-yard touchdown giving the Blue Devils a 14-0 edge.

Just before the first quarter ended, Musso connected with Cody Nesbitt on a key conversion on fourth-down-and-15, setting up the same pair on a 15-yard scoring pass that cut the Lakers’ deficit to 14-7 entering the second period.

It only took two plays from scrimmage for the Blue Devils to restore its margin, Haqq again burning the Skaneateles defense as he ran 40 yards for his third TD of the afternoon.

A fourth Blue Devils drive, as the half wound down, resulted in another touchdown from Haaq, his fourth score with 12 seconds left in the half making it 28-7 going to the break.

True, Skaneateles had trailed in two of its three sectional playoff games, rallying to beat Canastota and Cazenovia, but rallying here would require the defense to make any kind of stop.

Forks remained unstoppable, though, burning up the first five-plus minutes of the third quarter on another drive as it reached the Lakers’ one before Zander Arnold converted.

It took a pair of fourth-down conversions for Skaneateles to put together a drive late in the period that Nesbitt capped with a 16-yard sweep to the end zone.

Lakers score on a 16-yard sweep to Nesbitt. Skan converted two fourth downs on that drive to set up the touchdown.

Only in the fourth quarter did the Lakers finally make a defensive stop, and it led to a drive that Musso capped with a swing pass that Nesbitt turned into his third TD cutting Forks’ margin to 34-21 with seven minutes left.

Chenango Forks’ lead down to 34-21 with 7 mins to go. pic.twitter.com/u8xqQQWaow

That still left time to complete the rally, but Forks put the game away with another solid drive that Haaq capped with his fifth TD, a 15-yard dash with 3:26 to play, though the Lakers would add a last-minute score.

Skaneateles finished the season with a 9-1 record.