Weedsport native, Major Michael TenEyk has been appointed commander of Troop D. TenEyk entered the state police academy in 1996 after graduating from SUNY Oswego in 1993.

In August 2003, he was promoted to Sergeant, and in 2006 he was appointed to Investigator and was assigned to the Gaming Detail and then to SP Lysander.

Major TenEyck was promoted to Lieutenant in June 2008 and was assigned in various positions such as BCI Field Command in Albany, Assistant Zone Commander at SP Marcy, Central Region Emergency Management, and supervised the Central NY Community Narcotics Enforcement Team. In July of 2016, he was appointed to the rank of Captain and assigned to the Professional Standards Bureau – Western Region. In July 2017, he was transferred to Troop T Thruway – Zone 3 Headquarters in DeWitt as the Zone 3 Commander.

His command oversees seven counties including Onondaga, Oswego, and Herkimer. 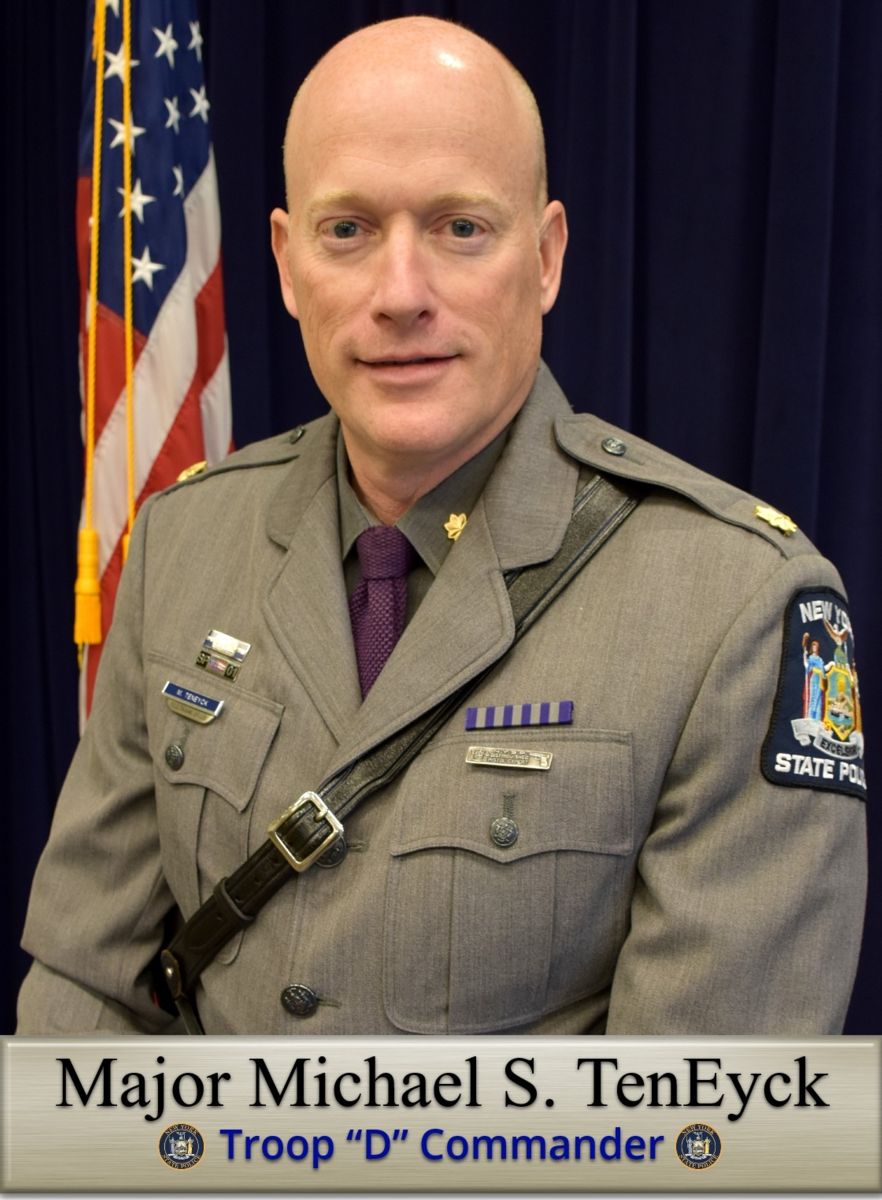