Bills bounce back with blowout win over Jets, 45-17 (full coverage) 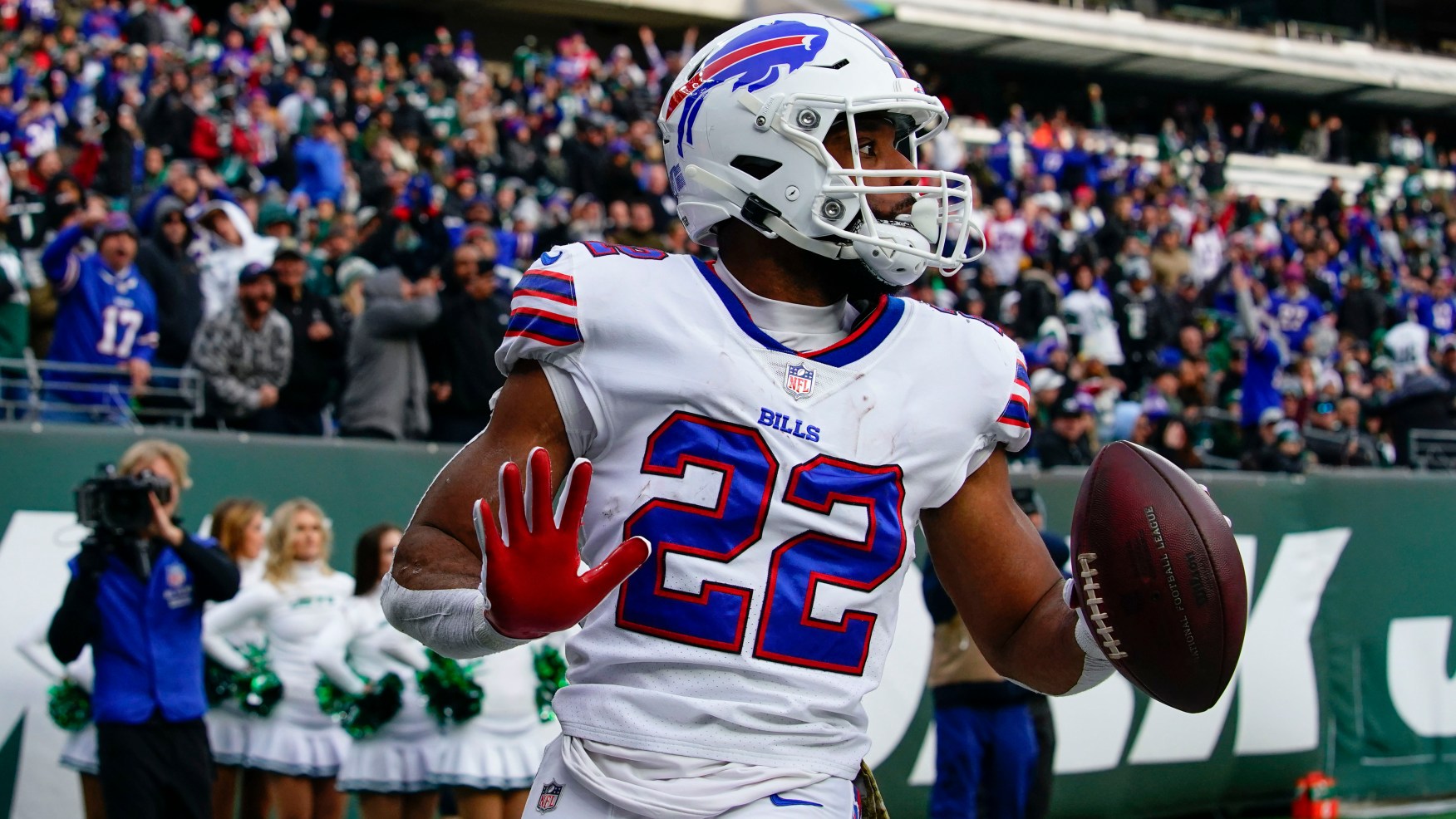 After last week’s sloppy 9-6 loss to the second-to last place Jaguars, the Buffalo Bills get the big win against a bad team that they’ve been looking for in Sunday’s 45-17 win against the New York Jets.

The Bills failed to get into the end zone in Jacksonville last Sunday, but they shook that monkey off their backs early and often against the Jets, scoring the first of many touchdowns in their first possession of the game. Buffalo would score a total of 7 touchdowns at MetLife Stadium, and a majority of the scores would come on the ground.

The rushing game has been a point of contention for the Bills in the last few weeks, but against the Jets, Buffalo put up over 140 yards and four rushing touchdowns from four different Bills.

Josh Allen finished the day 21 of 28 for 366 yards, two touchdowns and an interception in the win.

Along with the offense firing on all cylinders for the first time since before the bye week, the Bills defense put together five turnover game, picking off Jets quarterback Mike White four times and forcing a fumble early in the game. The Buffalo D kept New York out of the end zone until the fourth quarter.

The Bills get back on track with the win, and move to 6-3 on the season. Buffalo returns home next week when they host a rematch of the 2021 AFC Wildcard game as the Indianapolis Colts come to town.

When you FINALLY get your first INT of the season…#BUFvsNYJ | #BillsMafia pic.twitter.com/9KwPGXI69h

With both Stefon Diggs and Gabriel Davis going over 100 yards on the day, today's game marks the first time the Bills have had two 100-yard receivers since Cole Beasley and Diggs each went over 100 at DEN (12/20/20) last season.

Gabriel Davis is over 100 yards for the day, his second career 100-yard day.

Jordan Poyer with the INT, his fourth of the season.

.@Matt_Bove asked Jordan Poyer if he knew that he was the only member of the secondary without a takeaway before his INT.

Poyer after some laughs: “Thank you, Mike White.”

The Bills starting DBs are having themselves a day.

Mitch Morse said there was a lot of soul searching done last week but there’s still a lot to correct with a lot of good opponents remaining.

Mitch Morse: Spencer Brown is going to be a special player #BillsMafia

Mitch Morse said Matt Breida is one of his favorite dudes and he runs hard. Sees it in practice and back in preseason.

Levi Wallace: "Having that bad taste in our mouth from last week it put a little more urgency in our preperation. We didn't get enough turnovers so that was one of our main focuses this week was to give the offense more chances to score."

Jordan Poyer on the mentality of this Bills defense: "We're not complacent, we want to continue to get better."

Josh Allen gave his game towel to this young #Bills fan and the smile on his face says it all #BillsMafia #BillsWin pic.twitter.com/dBtLBdFTLI

#Shoutout: The @buffalobills had four players run for a touchdown today, which marks a first in franchise history. pic.twitter.com/HBwR33ej1U

Josh Allen on Stefon Diggs: "It does make it easy to throw to a guy like that. He's a captain for a reason, we haven't given him that much opportunity to be involved, but the point of emphasis was let's get him the ball as early and often."

Matt Breida on Josh Allen: he’s a playmaker….he’s the best quarterback in the NFL.

Sean McDermott on Micah Hyde and Jordan Poyer: "Every ship needs a rudder to steer it where it needs to go."

.@MattParrino brings up Isaiah McKenzie bringing in guys for some motivation pregame, and Sean McDermott smirks and goes “Isaiah did that?” (Went on to really praise him/his character)

Josh Allen discusses the @BuffaloBills' focus each week after today's win over the Jets.

The Buffalo Bills suffered a tough loss to the Jaguars last week, but there’s no time like the present to bounce back and get on the winning track. Buffalo has the opportunity to do so in Week 10 as the team gets set to face a division opponent in the New York Jets. Buffalo has won its past two games against the Jets and the past three games against the Jets in MetLife Stadium.

Back to work. 😤#BUFvsNYJ | #BillsMafia