Are you still owed a 2021 tax refund? For millions of Americans tax refunds have not been deposited by the IRS into bank accounts. In Pennsylvania, individuals could be eligible for upwards of $1,000 via tax refund. In Louisiana, $5.6 million remains unclaimed in tax refunds.

The tax refunds owed most Americans are related to 2020 employment and jobless benefits. In many cases, workers overpaid when filing 2020 tax returns — and when President Joe Biden signed the American Rescue Plan into law — tax regulations changed.

The most recent batch of tax refunds that went out — worth an average $1,189 each — or $510 million total — were distributed to nearly 430,000 people. Martin Jones was one of those people. “Finally, after months of waiting an a few dozen phone calls I was paid,” he recalled of the process, speaking to FingerLakes1.com. “It was the most challenging things I’ve ever had to do involving filing taxes.”

The American Rescue Plan made it so the first $10,200 in unemployment benefits received by an individual was not taxable income in 2020.

Millions more are still waiting — wondering if they will be deposited before January 1, 2022.

Yes. The IRS Is issuing tax returns based on ability to process. Those who filed taxes last may not be the ones who have to wait the longest. According to officials with the IRS, individual claims and tax returns are being processed based on individual factors.

Experts say that employee experience and availability is the biggest limiting factor for what the IRS can process. Like any agency or organization, the IRS has people dedicated to different types of tasks.

Altogether the IRS has issued $14.4 billion in tax refunds for unemployment benefits. That’s more than 11.7 million individual refunds. The iRS also said there are a total of 16 million people eligible for a tax refund adjustment based on unemployment compensation.

Adding to the stress for families as the holidays approach is the value of these tax refunds. Experts say tax refunds were significantly larger than in past years. In fact, upwards of 11% greater.

According to the IRS the average refund was $2,851 compared to $2,592 last year. The biggest driver of this were missed stimulus payments. Many people who were supposed to receive the first or second stimulus check in 2020-2021 never got one. This meant they had to file for it in their taxes.

Another major reason for tax refunds being significantly higher: People have too much taken out of their paycheck. This is happening more often than before, as Americans try to avoid owing money at tax time. But, in the case of this year — it’s meant more processing for the IRS as it tries to get American dollars back in American pockets.

What should you do if still waiting for a tax refund?

As of late-October the IRS had 9 million unprocessed individual tax returns. Nearly three million more than the agency had at the start of the month.

The IRS said this week that they are sending out notices in November and December to people who did not claim the Earned Income Tax Credit or Additional Child Tax Credit, but now are eligible. Anyone who receives a notice does not need to respond.

If you’re waiting for a refund — the IRS has tools available. Check out the refund portal on the IRS website to see the status of your tax refund.

The agency has issued a warning that tax refunds could take upwards of 120 days to process. Typically, that clock begins ticking when the tax return is filed. For those who filed late in October ahead of the final deadline for 2020 returns — refunds shouldn’t be expected until late-December.

For those who filed taxes under a normal timeline — refunds could be issued in the next several weeks. 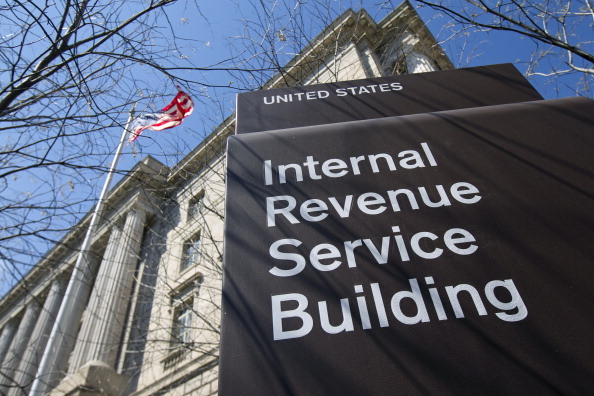