Sandy Alderson opens up on Mets’ GM search, which could be nearing end: ‘We’ll find the right person’ 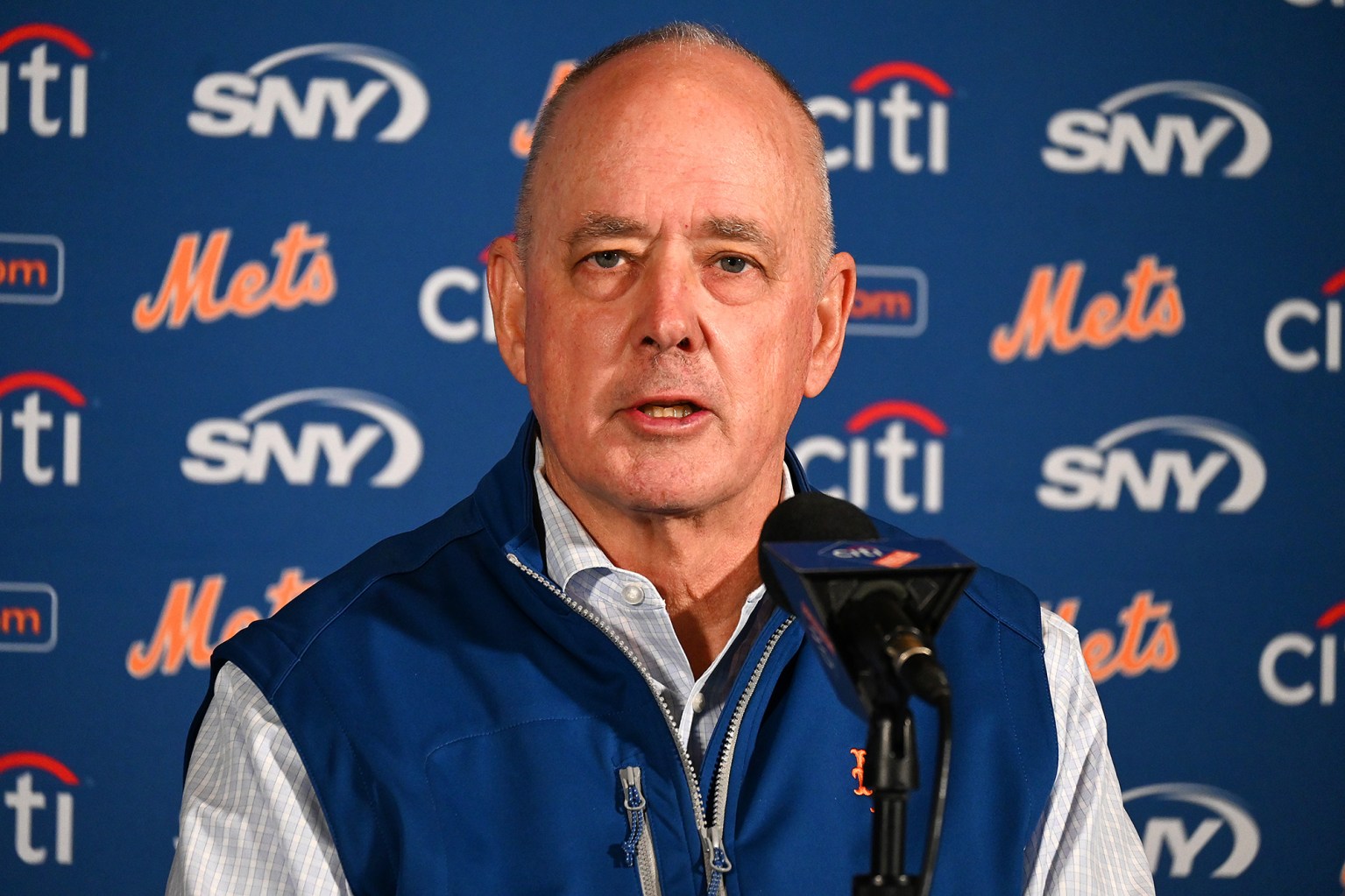 Speaking on Tuesday as the GM Meetings began in California, Mets president Sandy Alderson opened up about the team’s front office search, the reluctance of some candidates to embrace the New York spotlight, and the potential timing of a hire.

Alderson said the Mets are continuing to talk to candidates (several of which are still under consideration) and did not want to give an exact timeline, but noted multiple times that more should be known by the end of the week.

As the Mets have continued their search, they have been rejected by numerous candidates while being unable to interview others — including Milwaukee Brewers president of baseball operations David Stearns — due to varying circumstances.

“In some cases, we haven’t gotten permission. In some cases, I think people are comfortable where they are — whether it be a family situation or something professional,” Alderson said. “In other cases, I think — admittedly — there’s a reluctance to come to New York. But I think mostly it’s about New York, and not about Steve (Cohen) or the organization, or what have you. It’s a big stage, and some people would just prefer to be elsewhere.”

Still, Alderson explained that he has been “a little surprised” by the amount of rejection.

“I’m not saying it’s all New York (related), but at the same time, I think it’s a significant factor,” Alderson said.

During the process, the Mets had been open to adding a president of baseball operations and a GM. But Alderson said on Tuesday that he thinks it’s “probably going to be one hire,” which Alderson suggested would be for the GM role.

“Assuming we only hire one person, there will be at least a year runway for that person to demonstrate their ability and their potential. I’ve said this to others in the past, that’s the opportunity, that’s all you can ask for. Demonstrated ability tends to get rewarded.”

Alderson also corrected what has been an oft-repeated claim about the Mets not having interviewed many people during the search, noting that the team has “had lots of interviews.”

When it comes to the potential that Alderson could run baseball operations himself in 2022 if the team does not find the right person, Alderson said he would not expect that.

Throughout the process, there has been buzz that candidates could have concerns about Alderson, potential autonomy issues, and the presence of Alderson’s son, Bryn, as one of the team’s assistant general managers.

While not rejecting all of the above out of hand, Alderson implied that most of it was overblown, and explained that any concern about autonomy is usually erased when a candidate speaks to him.

“I don’t really see that as an issue. If it’s an issue and I’ve talked to people, we’ve talked through it. I really don’t think that’s an issue. Am I there to advise? Yes. But if you look at my relationship with Zack (Scott) over the last year, it was probably more of that oversight early. But as he got involved in the day-to-day operation, there was less and less of that. So I don’t expect that to be an issue.

“Is it somebody’s issue from afar? Perhaps, but I think once walking through that, that concern gets dispelled pretty easily.”

On potential concern about Bryn Alderson’s presence, Sandy Alderson called it a “red herring,” explaining that Bryn “has no idea” which candidates the team is even talking to, and expects Bryn and other executives to be loyal to whoever is hired.

Toward the end of his availability on Tuesday, Alderson talked about the kind of person the Mets want to hire, explaining that the candidate will be “information-driven” but have a “blended” approach.

And as far as the kind of temperament that is needed, Alderson suggested that person would have to be looking to be “challenged and rewarded.”