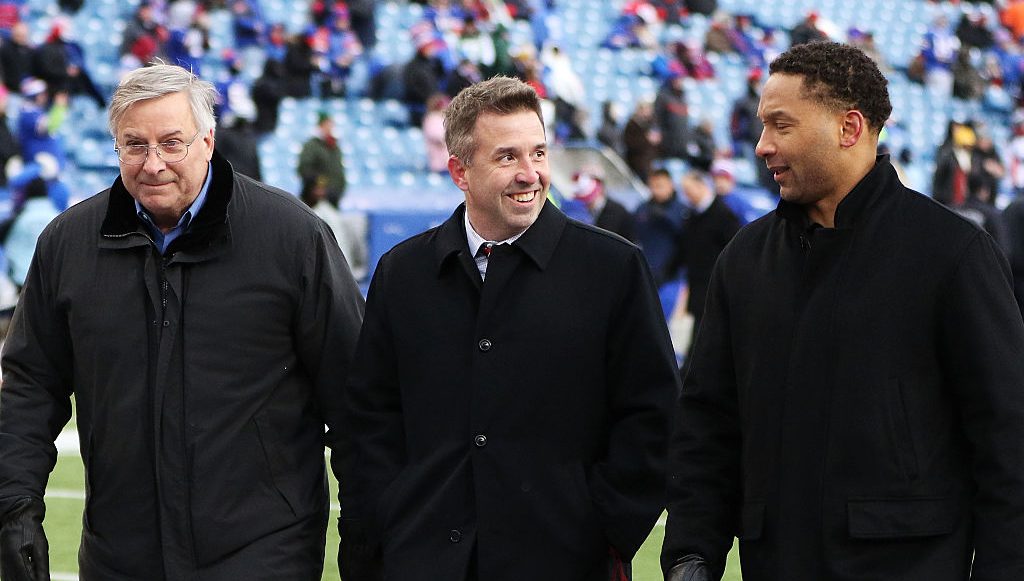 Brandon was named league president and also heads football operations. He was previously an executive advisor to RedBird Capital Partners, which bought the league along with Dwayne “The Rock” Johnson in August 2020 for $15 million. Whaley returns to the league as senior vice president for player personnel.

The league said it is preparing to reboot in 2023.

Brandon, who had a long tenure with the Bills, resigned abruptly in 2018 after being confronted by the teams’ owners regarding an inappropriate relationship with a female employee, according to an Associated Press report.

The XFL said Brandon “will manage day-to-day operations of the league while directing strategic planning for business and football operations on both the league and team levels.”

Whaley served as Bills GM from 2013-16 during the team’s playoff drought. The team had a 30-34 record during his tenure while Doug Marrone and Rex Ryan coached the team. Whaley was previously the XFL’s senior vice president of football operations before the league shut down. The league credited him with “assist(ing) in the all aspects of creating of the eight-team spring football league and rules innovation.”

The XFL featured eight teams in the 2020 season, with teams in New York City, Washington D.C., Tampa and St. Louis in the East Division and team in Dallas, Houston, Los Angeles and Seattle in the West. Plans for a reboot in 2023 have not been finalized.