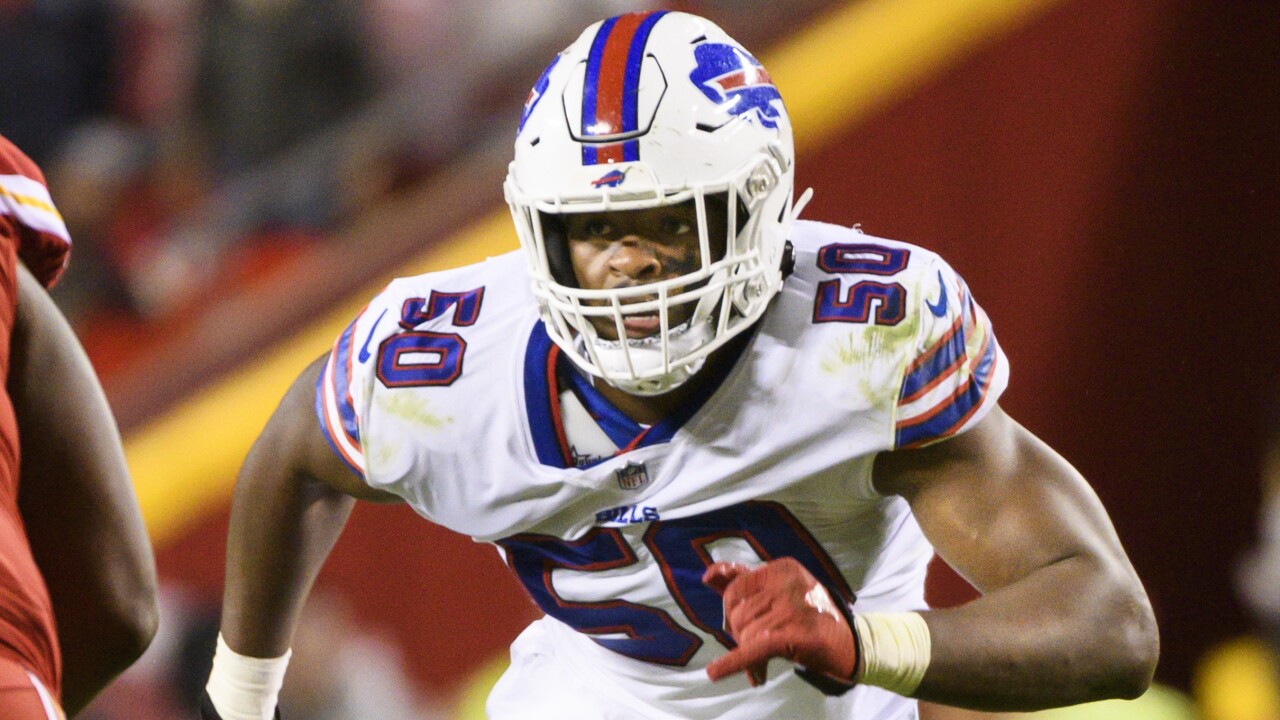 Bills defensive end Greg Rousseau has been named the AFC Defensive Player of the Week after his productive night against the Kansas City Chiefs on Sunday Night Football.

The rookie leads the Bills with 3.0 sacks in five games. Rousseau is also the third Bills player to win player of the week honors in 2021 joining Tremaine Edmunds (defense – Week 4) and Josh Allen (offense – Week 3).

This is the first time Buffalo has won Defensive Player of the Week in back-to-back weeks since 2016 – LB Zach Brown in Week 4 and Nickell Robey-Coleman in Week 5.