Domingo Germán likely to return to Yankees next week, will pitch out of bullpen 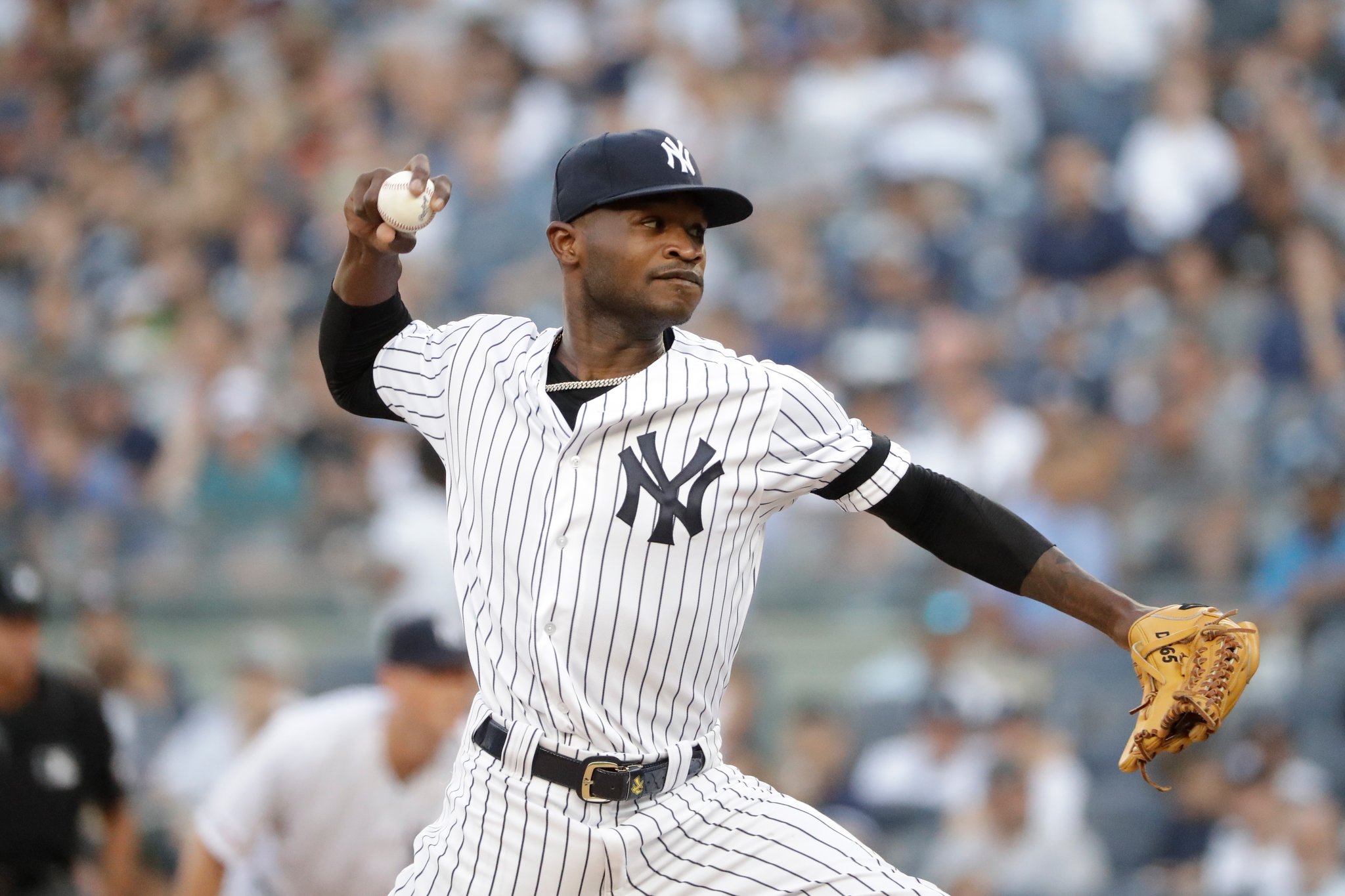 With a postseason push in full swing, the Yankees could soon be adding an important arm to their bullpen.

According to manager Aaron Boone, Domingo Germán will make one more rehab start this weekend before rejoining the Yankees.

According to Boone, that familiarity with the role makes Germán an even more versatile piece for the home stretch.

“Anything’s possible. He’s an outstanding pitcher and certainly with some of the issues we’ve had and have to deal with some injuries, he could find himself in a high-leverage one-inning role or on a given night two or three innings,” Boone said Wednesday. “We’ll just see. He’s a guy we have a lot of confidence in, and obviously has a little bit of experience coming out of the bullpen so he’s pretty comfortable in that spot too.”

Germán, who has been dealing with right shoulder inflammation, has pitched in 21 games for the Yankees this season, including three games out of the pen. In 97.0 innings, he’s allowed 48 earned runs, striking out 95 and walking 25 hitters.