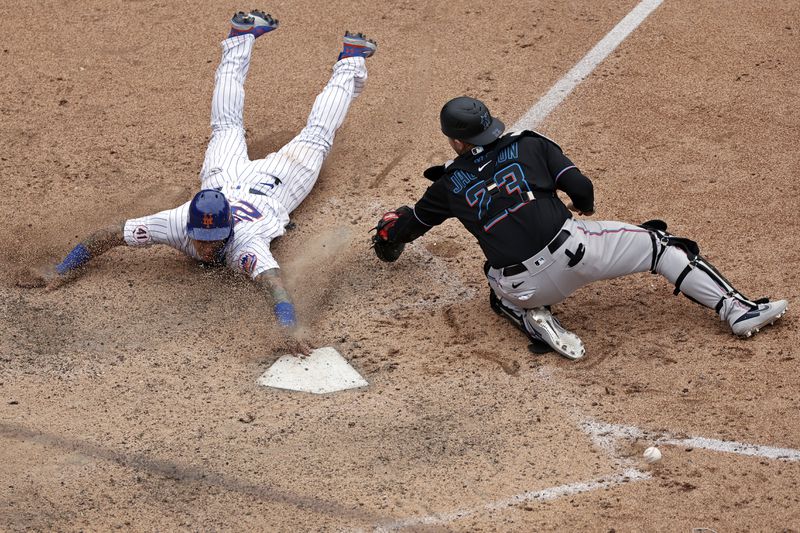 A few hours after Javier Báez apologized to Mets fans for his comments about the team’s “thumbs down” celebration, he scored the winning run from first base on Michael Conforto’s single with two outs in the ninth to send New York to a 6-5 walk-off win on Tuesday at Citi Field.

Báez, who was greeted with a chorus of boos when he first appeared as a pinch-hitter in the bottom of the eighth, kept the ninth inning alive when he rapped an RBI infield single that made it 5-4 before Conforto delivered, grounding a ball to the opposite field, where it squirted through the infield for a hit. Left fielder Jorge Alfaro then mishandled the ball, allowing the winning run to score.

The victory was the completion of a game that originally began on April 11 before it was suspended in the top of the first.