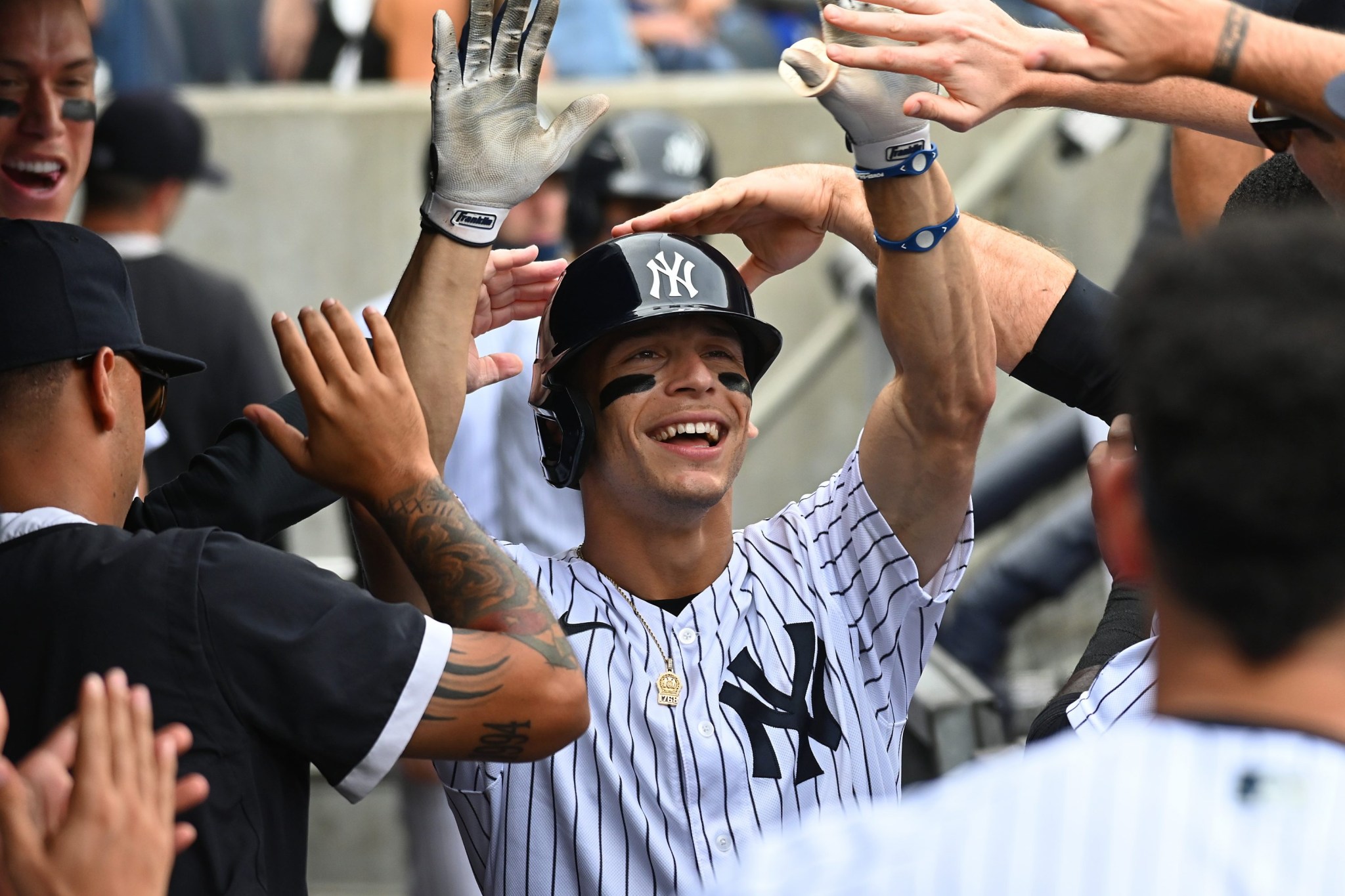 The Yankees pride themselves on the belief that a visitor behind the scenes on any given day would never be able to tell if they were riding a hot streak or fighting a cold spell. That may be true, but the answer has become readily apparent once the game starts, a late-summer surge unable to contain their dugout swagger.

Giancarlo Stanton and Luke Voit each drove in two runs to support six scoreless innings from Gerrit Cole as the Yankees continued to roll, celebrating their ninth straight victory on Saturday afternoon, a 7-1 win over the Twins at Yankee Stadium. Bronx native Andrew Velazquez added his first Major League home run in the eighth.

The Yanks batted around for five runs in the fifth inning, chasing right-hander Kenta Maeda, who exited with what the Twins announced to be right forearm tightness. Stanton and Voit stroked two-run doubles in the frame, which also featured a wild pitch. Tyler Wade had two hits in the game, including a second-inning RBI single that opened the scoring.

Cole cruised to his 12th victory, pitching out of traffic in the second and fifth innings. Cole pinned two runners aboard in the second by inducing a Willians Astudillo popout. He then stranded the bases loaded in the fifth by striking out Jorge Polanco and Josh Donaldson, rearing back to gas Polanco with 99.4 mph heat before freezing Donaldson on a 91.2 mph changeup.

The ace worked six pristine innings, scattering five hits and a walk while striking out six. Polanco hit an eighth-inning homer off Lucas Luetge to break up the shutout.

Rougned Odor had what appeared to be a three-run homer called back in the seventh inning. Odor called for time, which was granted late by home-plate umpire Angel Hernandez, just before Odor pounded the pitch into the right-field bullpen.