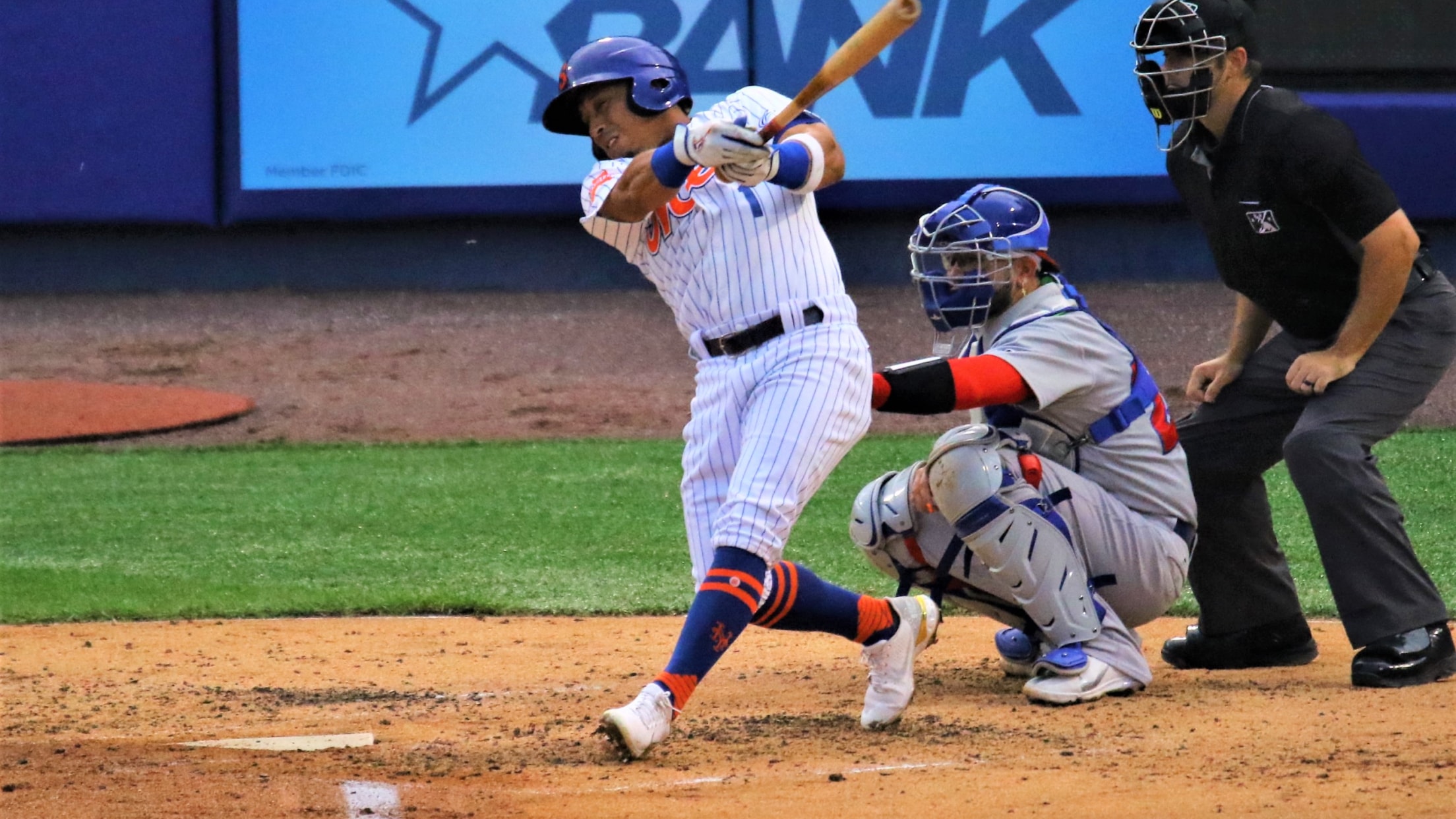 Behind ten strikeouts from its pitchers, the Buffalo Bisons ended the Syracuse Mets season-long seven-game winning streak with a 3-1 victory on Friday night at NBT Bank Stadium. Coming in, Bisons starter Zach Logue had given up eight runs in ten innings against the Mets. However, the left-hander was dominant tonight, pitching five and one-third innings, allowing just one run on three hits while walking two and striking out five. On the other side, Josh Walker turned in a solid outing for Syracuse. The 26-year-old southpaw delivered six innings, allowing three runs but just two earned runs on six hits, while walking two and striking out two batters.

Buffalo (55-35) brought home the game’s first runs in the top of the third inning. Juan Graterol led off with a single, and Logan Warmoth followed with a walk. Forrest Wall then connected on a one-run single to score Graterol and put the Bisons up 1-0. After Cavan Biggio struck out, Tyler White hit a sacrifice fly to bring home Warmoth and increase the lead to 2-0.

Syracuse (36-55) got on the board in the bottom of the third. Cody Bohanek led off with a double, and after Albert Almora Jr. and Josh Reddick flied out, Wilfredo Tovar delivered with an RBI single to make it 2-1 with Buffalo still in front.

In the top of the fourth, Josh Palacios led off with a single, and then Cullen Large reached on an error by the third baseman Cheslor Cuthbert. Palacios and Large attempted a double steal, and while Palacios reached third base, Large was thrown out at second. But, Richard Ureña followed with a double to score Palacios and put the Bisons in front, 3-1.

Despite the loss, the Syracuse bullpen did not allow a run. Alex Sanabia pitched a perfect seventh inning. In his Syracuse debut, Justin Dillon delivered a scoreless eighth. Dillon was called up from Double-A Binghamton on August 17th. After allowing a leadoff single, Roel Ramírez ended up pitching a scoreless ninth.

With Syracuse still trailing, 3-1, going into the bottom of the ninth, Bryan Baker came out of the bullpen to pitch for Buffalo. After allowing a leadoff single to David Thompson, Baker retired the next three batters to end the game and pick up his ninth save of the season.

The Mets will look to start a new winning streak when they take on the Bisons in game four of the series on Saturday night.. After a stellar debut last week in Worcester, right-hander Adam Oller makes his second start for the Mets against Bisons right-hander Thomas Hatch. First pitch is set for 6:35 p.m. at NBT Bank Stadium.