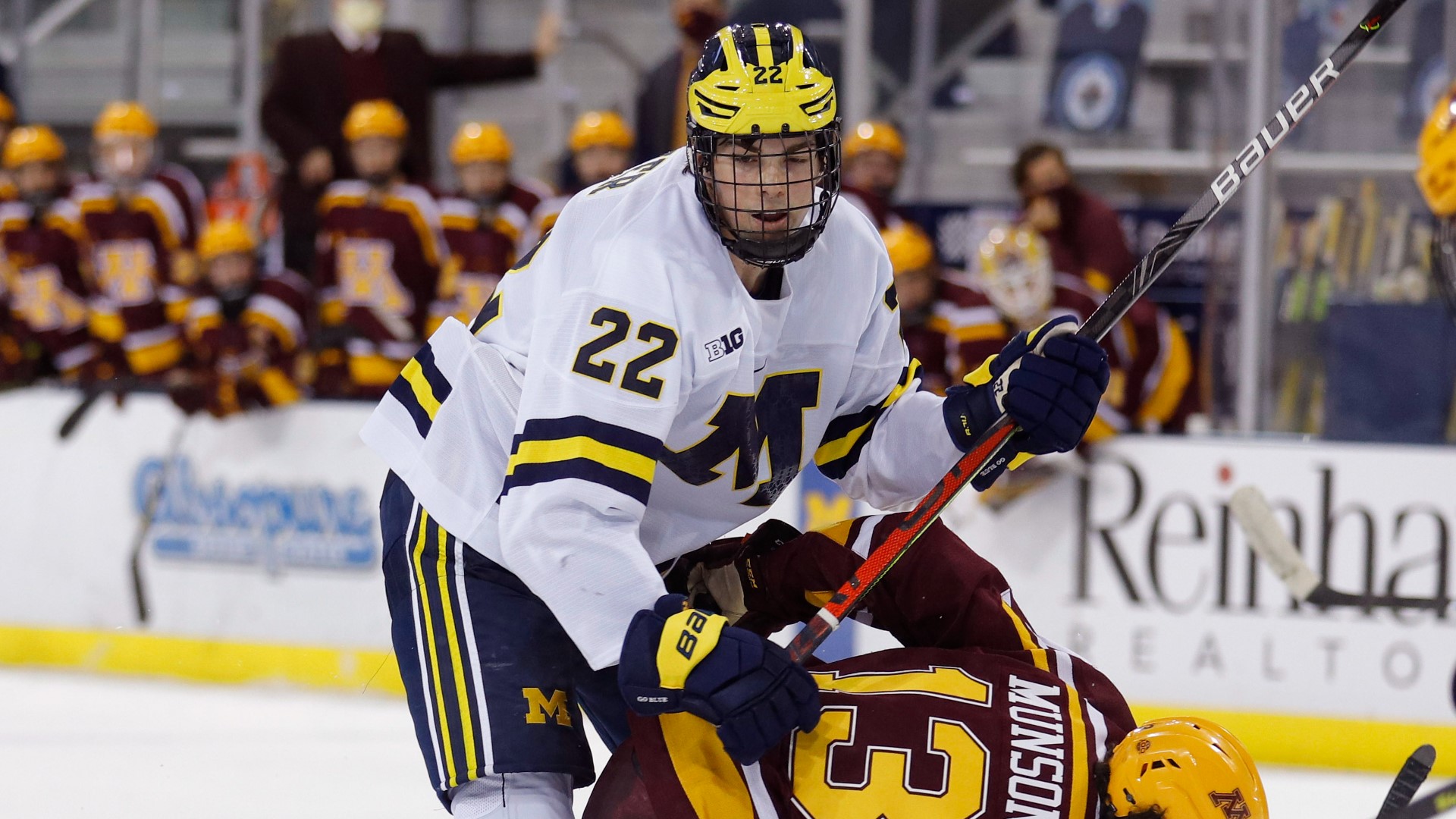 Sabres top draft pick Owen Power had indicated he was interested in returning to the University of Michigan for his sophomore season. On Thursday there was another strong indication that will be the case.

The Buffalo News reports Power has made the decision to stay in college this year.

The Sabres drafted Power first overall in this year’s draft. The 6 foot 6 inch tall, 214-pound defenseman figures prominently in the young group of players the Sabres are building around for the future.

GM Kevyn Adams had indicated he would not rush Power or any other prospect into the NHL, saying the focus will remain on long term development.

The Sabres will end the regular season on April 29, with the NCAA Frozen for set for April 7-9 at TD Garden in Boston.

Buffalo will likely sign Power to an entry-level deal late in the year.