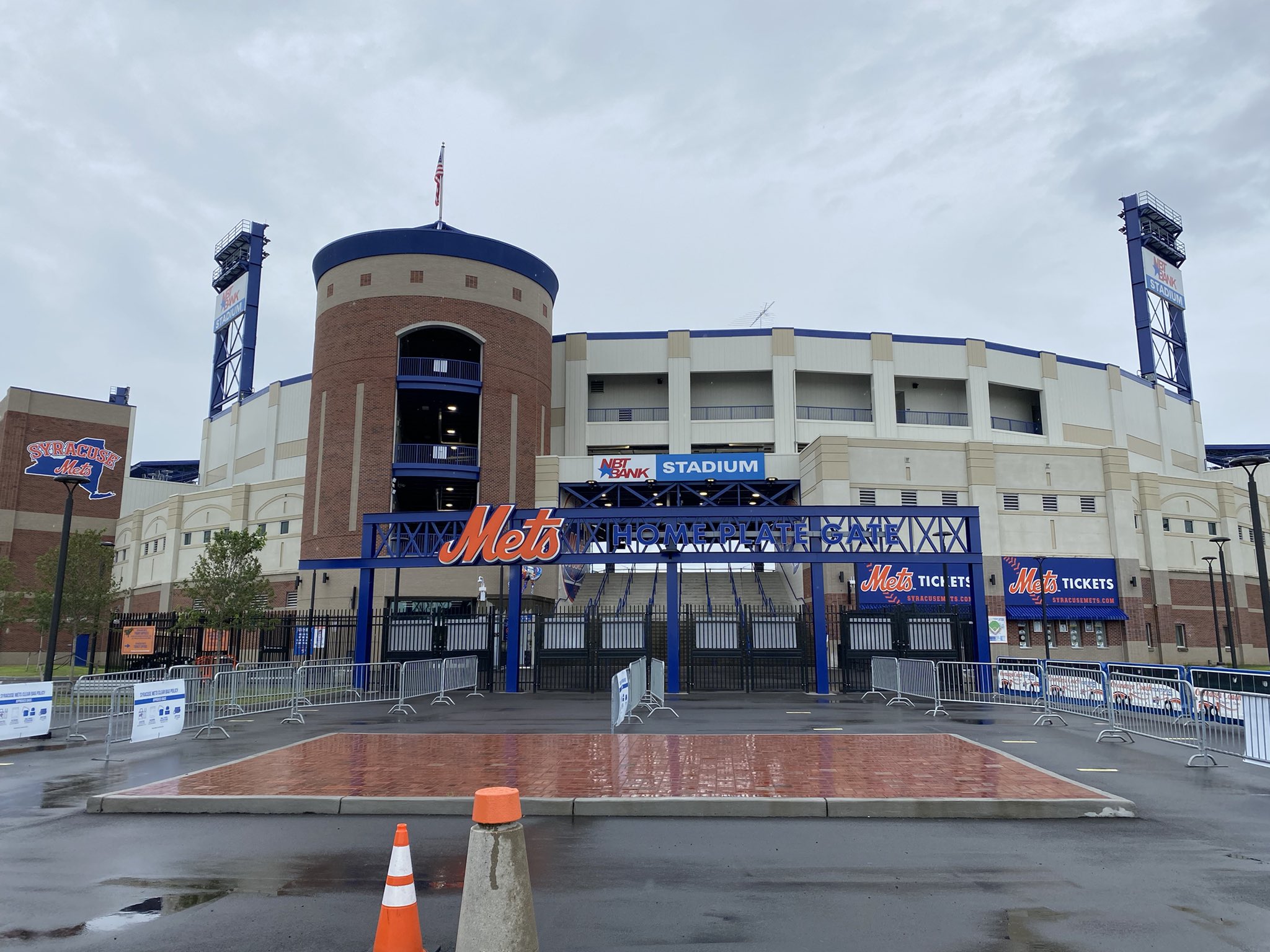 Wednesday’s doubleheader between the Syracuse Mets and the Buffalo Bisons has been postponed because of rain. One of the games will be made up as part of a doubleheader on Thursday, August 19th with first pitch of game one scheduled for 4:05 p.m. at NBT Bank Stadium. Game two will begin approximately 35 minutes after the conclusion of the first game. Gates will open at 3:30 p.m. on August 19th for the doubleheader. As a reminder, fans with tickets on days of doubleheaders can attend both games. The rescheduling of the second game of Wednesday’s doubleheader will be announced at a later date.

Fans with tickets for Wednesday’s postponed doubleheader may redeem those tickets for any other Syracuse Mets home game at NBT Bank Stadium for one calendar year from Wednesday’s date. Seating is subject to availability, and tickets can be redeemed at the Syracuse Mets Ticket office or by calling 315-474-7833.