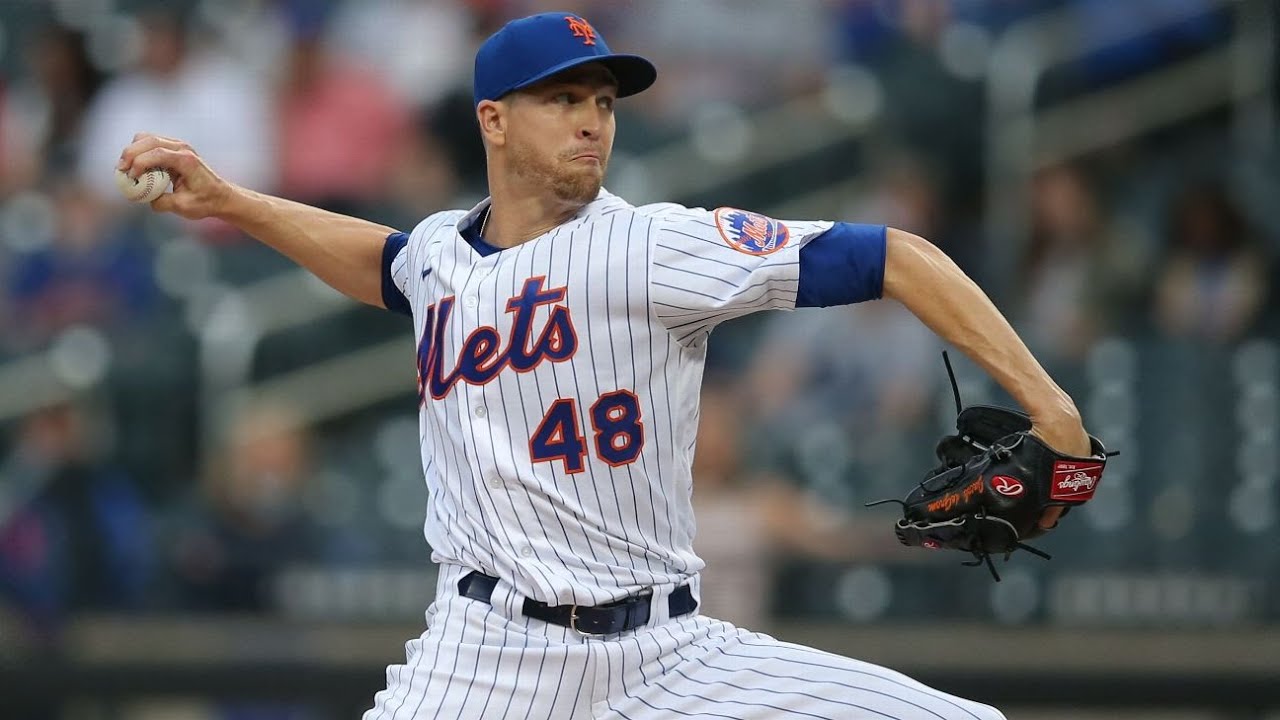 Mets ace Jacob deGrom, who is battling inflammation in his right elbow, will remain shut down for two more weeks after undergoing an MRI exam this week, manager Luis Rojas said Friday.

On Thursday, deGrom sought a second opinion in Los Angeles from Dr. Neal ElAttrache, who made the recommendation of not throwing for that period of time.

Rojas said the inflammation has improved since deGrom was initially shut down on July 30, but it has not improved enough to start a throwing program. When those two weeks are up, deGrom will undergo more imaging. Rojas said that the right-hander doesn’t have ligament damage, but he needs more time to heal.

deGrom looked poised to capture his third NL Cy Young Award after posting a 1.08 ERA in his first 15 appearances, despite a host of nagging injuries. But he has not pitched since July 7 due to the most recent issues with his right arm.

“He is frustrated. He wants to pitch. He wants to help the team, but there is nothing he can do,” Rojas said. “He has to commit to those two weeks and follow the expert’s [advice], do the treatment, do everything. There is some improvement. But [the doctor would] probably like to see more.”

The Mets are not thinking about deGrom past the two weeks. The team doesn’t know if he will be able to pitch during the pennant stretch. New York entered Friday a half-game behind the Phillies in the National League East.

“We are going to trust that the two weeks [of no throwing] are going to be well for him,” Rojas said. “We’ll see what the next imaging shows, and then we’ll reassess after we hear from the doctor.”