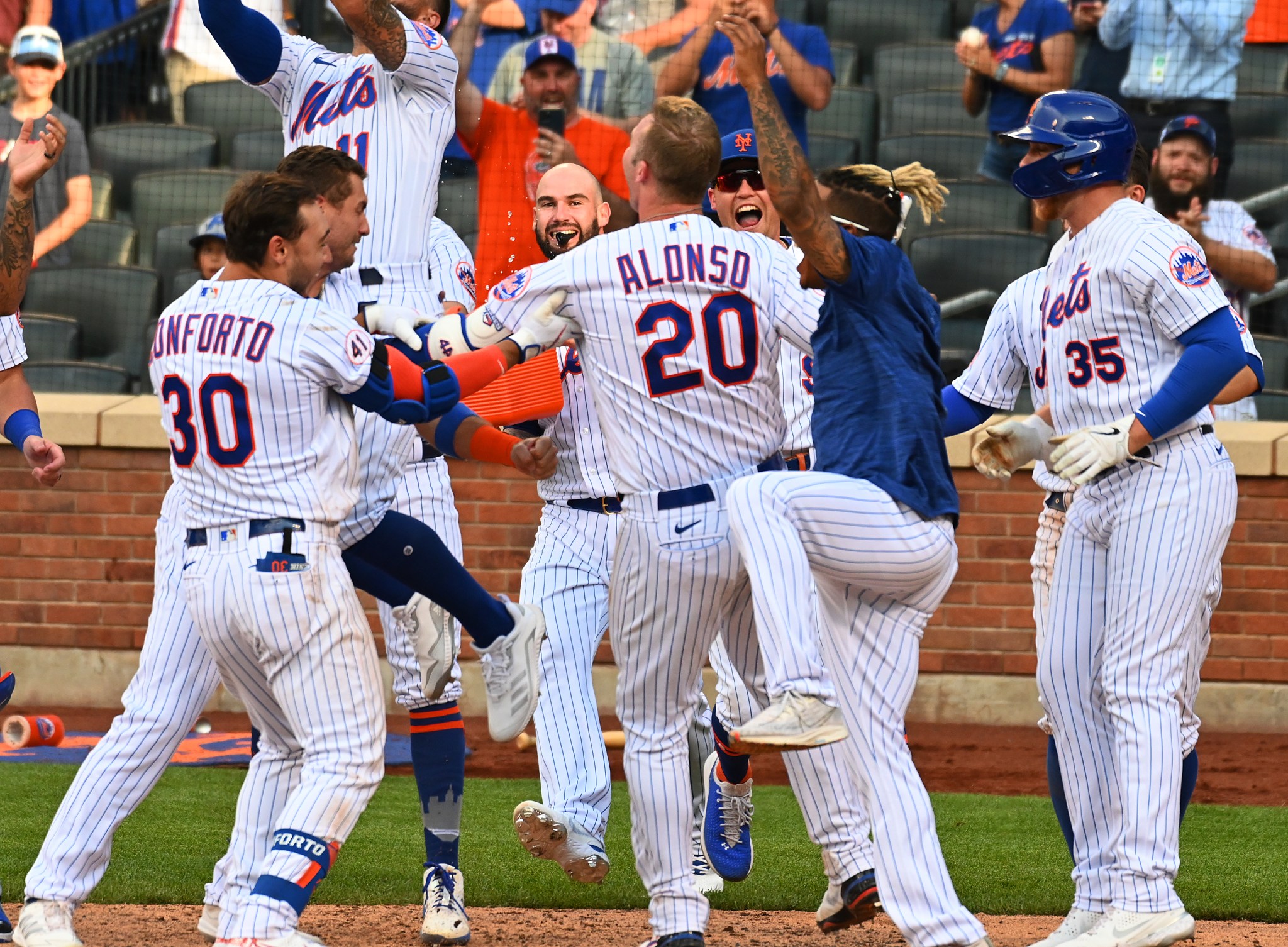 Four days before hitting one of his more significant home runs of the season, a walk-off blast to secure a 5-4 win for the Mets over the Nationals in the second game of a doubleheader on Thursday, Pete Alonso implored Mets fans to “believe in us” and to “smile” and to “know” that the team would turn things sharply in another direction.

The Mets had lost nine of 11 at that point, appearing as lifeless as at any juncture of this 2021 season. As a result, the general public met Alonso’s words with a mix of skepticism and, in some cases, even scorn. Smiling was difficult when the Mets had given their fans little reason to do so. Believing seemed more difficult still.

Then Alonso went out and arced his homer just over the left-field fence at Citi Field to secure a three-game series sweep.

“I think this team has showed over and over again this season the fight that they have,” said outfielder Brandon Nimmo, who drove in all four of the Mets’ runs in their 4-1 win in the first game of the doubleheader. “So happy for Pete to come through in that last game. That’s huge. This series was huge. From here on out, every game is going to be big.”

Nimmo’s reference was mostly to a stretch of 13 consecutive games against the Dodgers and Giants beginning Friday. The looming presence of the two behemoths of the National League West made the matchup this week against the fourth-place Nationals that much more important.

In a series that rain disrupted multiple times, the Mets never quite did enough to make things easy. But after coming from behind to win a one-run game on Wednesday, they managed to secure two more victories Thursday.

The last of those ended only after Jonathan Villar hit a two-run homer in the sixth inning, Michael Conforto completed his second straight multihit effort and Trevor Williams gave the Mets an adequate spot start. Life was good until Trevor May and Jeurys Familia subsequently combined to allow three runs in the top of the seventh, casting gloom over Citi Field just as a collection of thunderclouds floated near the ballpark.