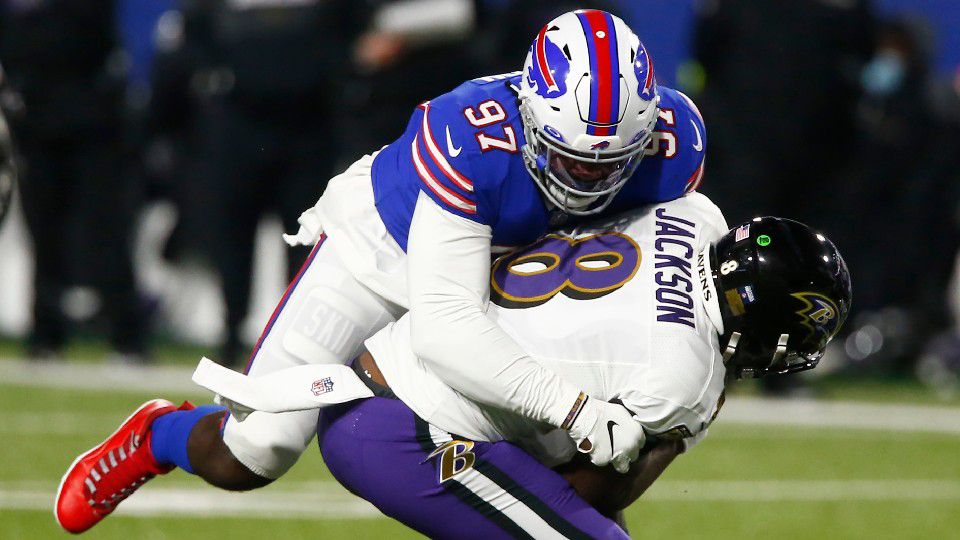 After showing their commitment to improving the pass rush, the Bills now have a crowded defensive end room especially after drafting Greg Rousseau and Boogie Basham with back-to-back picks.

But Mario Addison says that’s a good problem to have and it even helps him.

“I don’t want to play 50 snaps a game and these guys can play as well. And when you have young guys that can contribute the same way you do that’s what the team needs,” Addison said Tuesday after practice.

Addison played 57% of the defensive snaps last season and now that he’s about to start his eleventh season in the NFL, he’d prefer not to have such a heavy workload.

“I know they brought me in to pass rush, that’s what I’m good at but when you’re worn down, it takes energy to pass rush. But if you don’t have that energy you can’t rush as an elite pass rusher in this game,” Addison explained.

“I’ve never seen a tired pass rusher go out there and kill it. It don’t work like that so if you can bring a guy that can do the things that you do but to keep each other fresh and that’s what you need instead of one guy playing so many snaps and then when it’s time to end the game or two minute drive you have the energy to close it out.”

And that’s where the rotation on the defensive line comes in to play. But they have to have players that can step in and make an impact when called upon. Like possibly Rousseau and Basham, two rookies the Bills are hoping can learn a thing or two from the vets.

“You know I’m here to coach those guys up play my role whatever my role is on this team and play to the best of my ability. And when they drafted the young guys I was happy for the team,” Addison explained.

Addison also said he’s in a much better spot mentally than he was a season ago. In 2020 he was still struggling with the loss of his little brother, Gjamal who was shot and killed in October 2019.

We heard #Bills OL Cody Ford open up about taking care of his mental health and today DE Mario Addison also opened up about his mindset and said he's in a much better place mentally after still struggling with the loss of his brother during the 2020 season. He was killed in 2019. pic.twitter.com/1HjhKoVIBV

Not only did the Bills draft two young pass rushers, but also added a guy like Efe Obada who is having a solid training camp so far. Addison spent three seasons in Carolina with Obada before signing with the Bills and saw his potential even back then.

“He’s very coachable and I taught him this one move that he kind of perfected and he did it almost better than me,” Addison said.

Why that’s shocking is because Obada never played as a child or in high school but started in 2014 playing for the London Warriors and eventually joined the NFL’s international player pathway program in 2017.