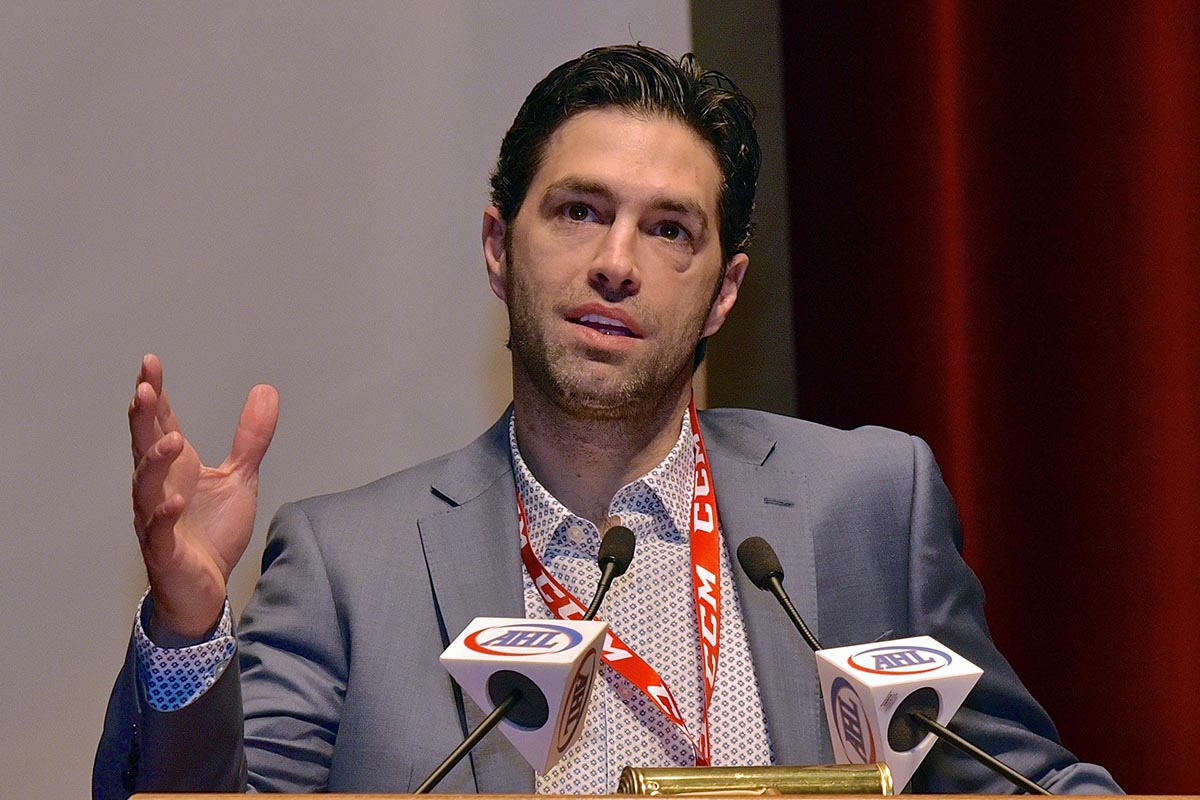 “Michael brings a wealth of experience as both a player and coach and will be a tremendous addition to our coaching staff in Rochester,” said Karmanos. “He will play an integral role in the development of our prospects, and we look forward to him making an immediate impact for our organization.”

“I am excited to add Mike to our coaching staff,” said Amerks head coach Seth Appert. “He will add to the competitive culture we are trying to build in Rochester and will certainly be a great role model and teacher for our young prospects as they learn what it takes to earn the right to be a Buffalo Sabre.”

“I couldn’t be more excited about this opportunity in Rochester, being a part of Seth’s staff and having the privilege of working with the great young talent that will be coming through the pipeline,” said Peca. “The responsibility of preparing the Sabres’ young talent for the NHL is an important one and I very much look forward to taking it on with Seth and Mike.”

Peca, 47, spent the 2020-21 season as a player development coach with the Washington Capitals, working primarily with the players on the taxi squad. 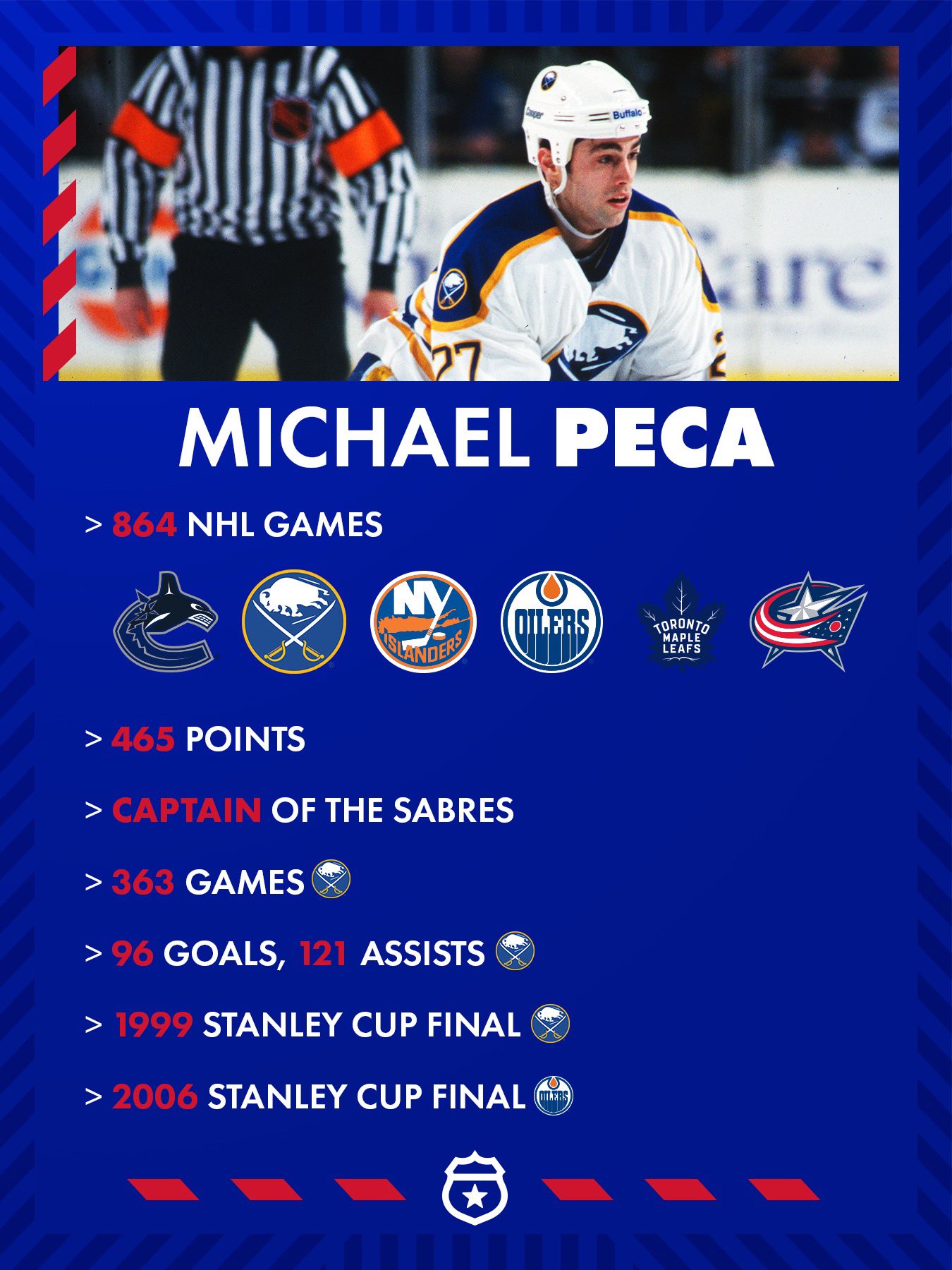 Prior to joining Washington, Peca served as general manager and director of hockey operations for the Buffalo Jr. Sabres of the Ontario Junior Hockey League for five years following two seasons as the team’s head coach from 2012-2014. He posted a 69-28-11 combined record in 108 games, leading Buffalo to back-to-back West Division titles and consecutive playoff appearances while also earning OJHL Coach of the Year honors for the 2012-13 season.

As a player, Peca’s professional playing career spanned 14 seasons and 864 games in the National Hockey League with the Vancouver Canucks, Buffalo Sabres, New York Islanders, Edmonton Oilers, Toronto Maple Leafs and Columbus Blue Jackets. A four-time 20-goal scorer, he recorded 465 points (176+289) and added 34 points (15+19) in 97 playoff contests while twice guiding his team to the Stanley Cup Final, including in 1999 as captain of the Sabres.

The Toronto, Ontario, native is also a two-time winner of the Frank J. Selke Trophy, given annually “to the forward who best excels in the defensive aspects of the game.” He was first awarded the honor following the 1996-97 season, becoming the first Sabres forward since Craig Ramsay in 1984-85 to win the award. He was the recipient again just five years later in 2001-02 as a member of the Islanders.

Originally a second-round selection (40th overall) of the Vancouver Canucks in the 1992 NHL Draft, Peca spent the majority of his 14-year career with the Sabres, during which he scored 96 goals and notched 121 assists for 217 points over 363 games from 1995-2000. His tenure in Buffalo was highlighted by three 20-goal seasons, including a career-best 27-goal campaign in 1998-99, and four straight playoff appearances between 1997-2000.

He made a return visit to the Stanley Cup Final in 2006 with Edmonton before retiring following the 2008-09 season.

Internationally, Peca is a two-time gold medal-winner with Team Canada. After leading the Canadians to gold at the 1994 IIHF World Junior Championship, he won his second gold medal at the 2002 Winter Olympic Games in Salt Lake City. He also represented Canada at the 2001 IIHF World Championship, serving as team captain.

We’re excited to get started! pic.twitter.com/jI62BADegt