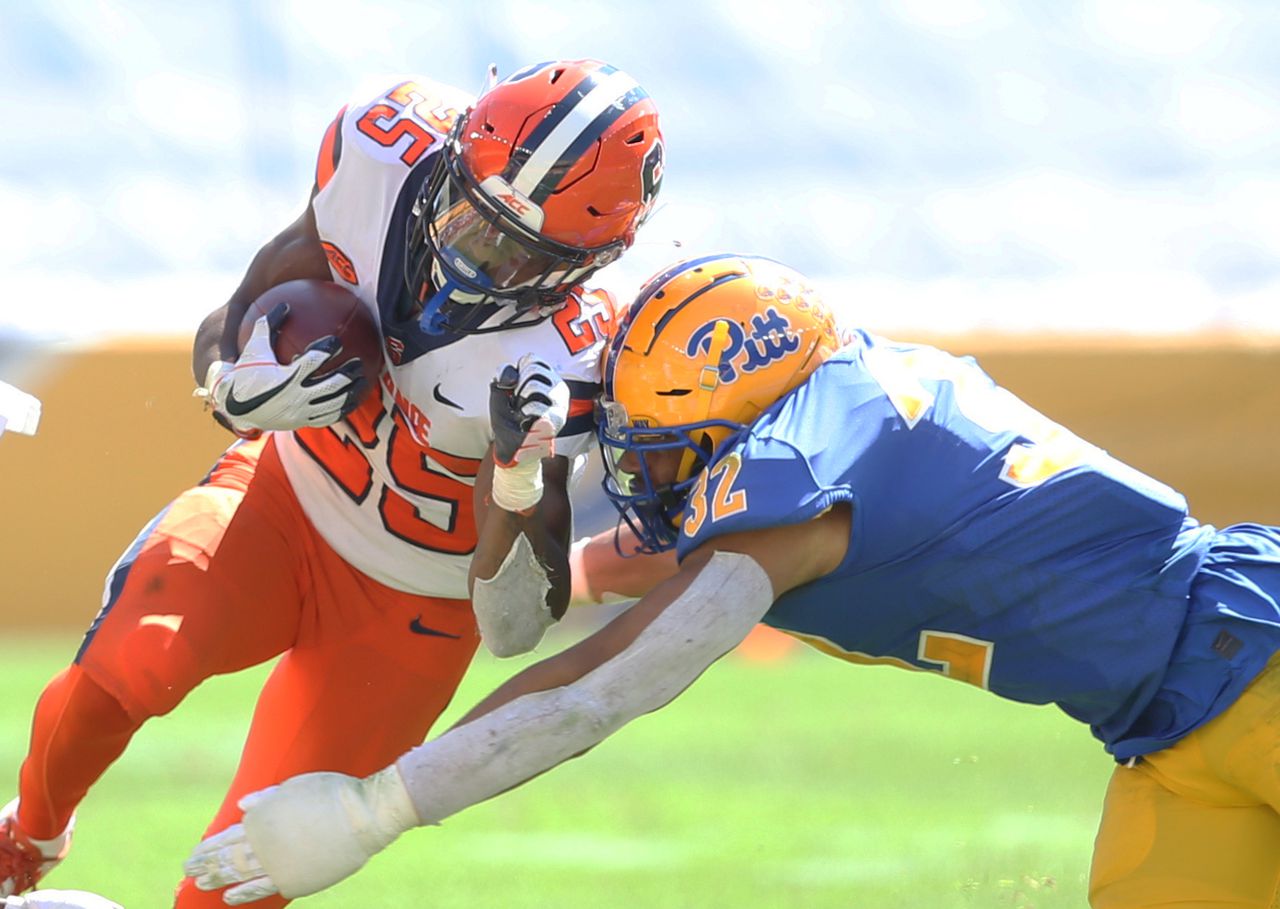 Former Syracuse running back Jawhar Jordan is transferring to Louisville, according to 247 Sports. Jordan spent two years at SU, appearing in four games in 2019 and three games in 2020 before suffering a season-ending injury against Georgia Tech on Sept. 26.

His transfer decision comes after Jordan announced he was entering the transfer portal in early January.

Jordan joined Syracuse as a 3-star recruit from Hamilton High School in Arizona, and he was one of the top-50 running back recruits in the country. He grew up in Farmingdale, New York on Long Island.

247 Sports reported that Jordan will be eligible to play at Louisville immediately, meaning he likely will face his former team in November when SU travels to play the Cardinals on Nov. 13.

Heading into the 2020 season, Jordan was the top running back on SU’s depth chart, but his lower leg injury against Georgia Tech ended his season early after he carried the ball 29 times for just over 70 yards. Jordan was one of the fastest players on Syracuse’s roster, and he also returned kicks during his two years with the Orange.

Even with Jordan’s transfer, Syracuse has depth at the running back position. Abdul Adams and Jarveon Howard — both of whom opted out of the 2020 season — will return, as well as Sean Tucker and Cooper Lutz, who saw significant snaps as freshmen last season.

Tucker was named to the preseason watch list for the Doak Walker Award, which is given to the nation’s top running back each season. He is coming off a season in which he ran for 626 yards and four touchdowns.