Bills practice in front of thousands of fans 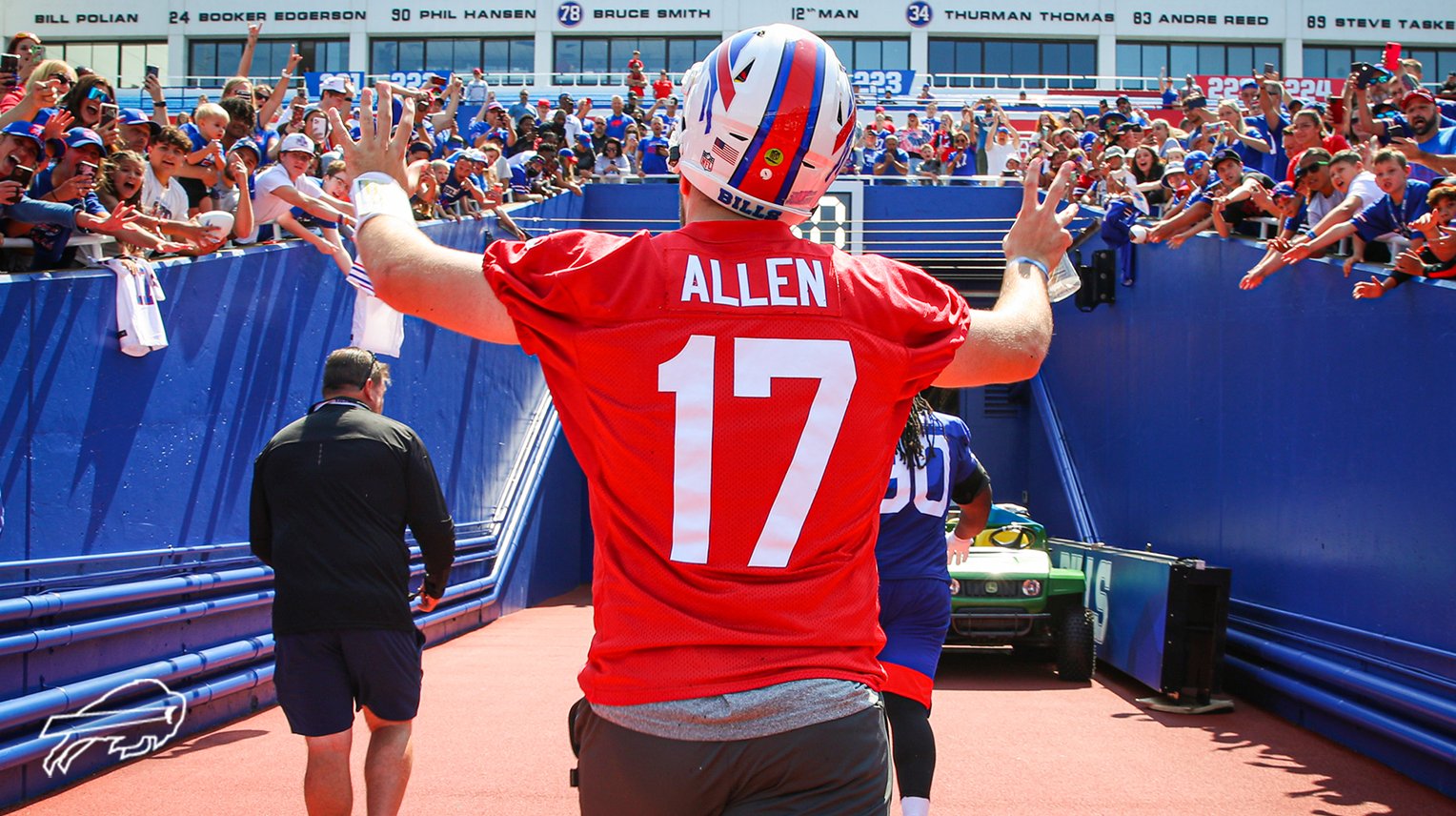 In front of an estimated 15,000 fans inside Highmark Stadium on Saturday, the Buffalo Bills hit the practice field under mostly blue skies and beautiful weather for the first of three public, open training camp practices.

While quarterback Josh Allen has been exceptional through the first three practices, he was a bit more inconsistent on Saturday and even had a couple of passes that probably should have been picked off. However, he still made some terrific throws, including one to tight end Dawson Knox in the back of the endzone for a touchdown just over multiple defenders. Knox did a great job to climb the ladder, grab it, and tap both feet inbounds.

On another, Allen hit wide receiver Jake Kumerow with a perfectly placed ball, just over cornerback Levi Wallace, who had very good coverage. The ball was in a perfect spot to not only allow only Kumerow to catch it, but then continue to run.

Speaking of Kumerow, despite all of the depth and competition the wide receiver group has, it’s looking like it’s going to be very hard to keep him off the final 53-man roster. He continues to get open and make plays.

With starting left tackle Dion Dawkins still on the reserve/COVID-19 list, free agent signee Bobby Hart received some reps at that spot with the first unit on Saturday. Hart was up and down, getting beaten badly on one play by defensive end AJ Epenesa, who most likely would have had a sack on the quarterback if it were allowed.

The defense would have had another sack from Micah Hyde, as well, after the safety snuck into the backfield to get to Josh Allen.

Wide receiver Cole Beasley was back at practice after receiving a veteran rest day on Friday. Defensive and Jerry Hughes was seen on the stationary bike. He’s currently on the non-football injury list with a calf strain. Tight end Jacob Hollister was also working off to the side with trainers as he is day today with a back issue.

Wide receiver Stefon Diggs took part in stretching and individual position work, but then took off his helmet and watched the rest of the session as he was given a rest day.