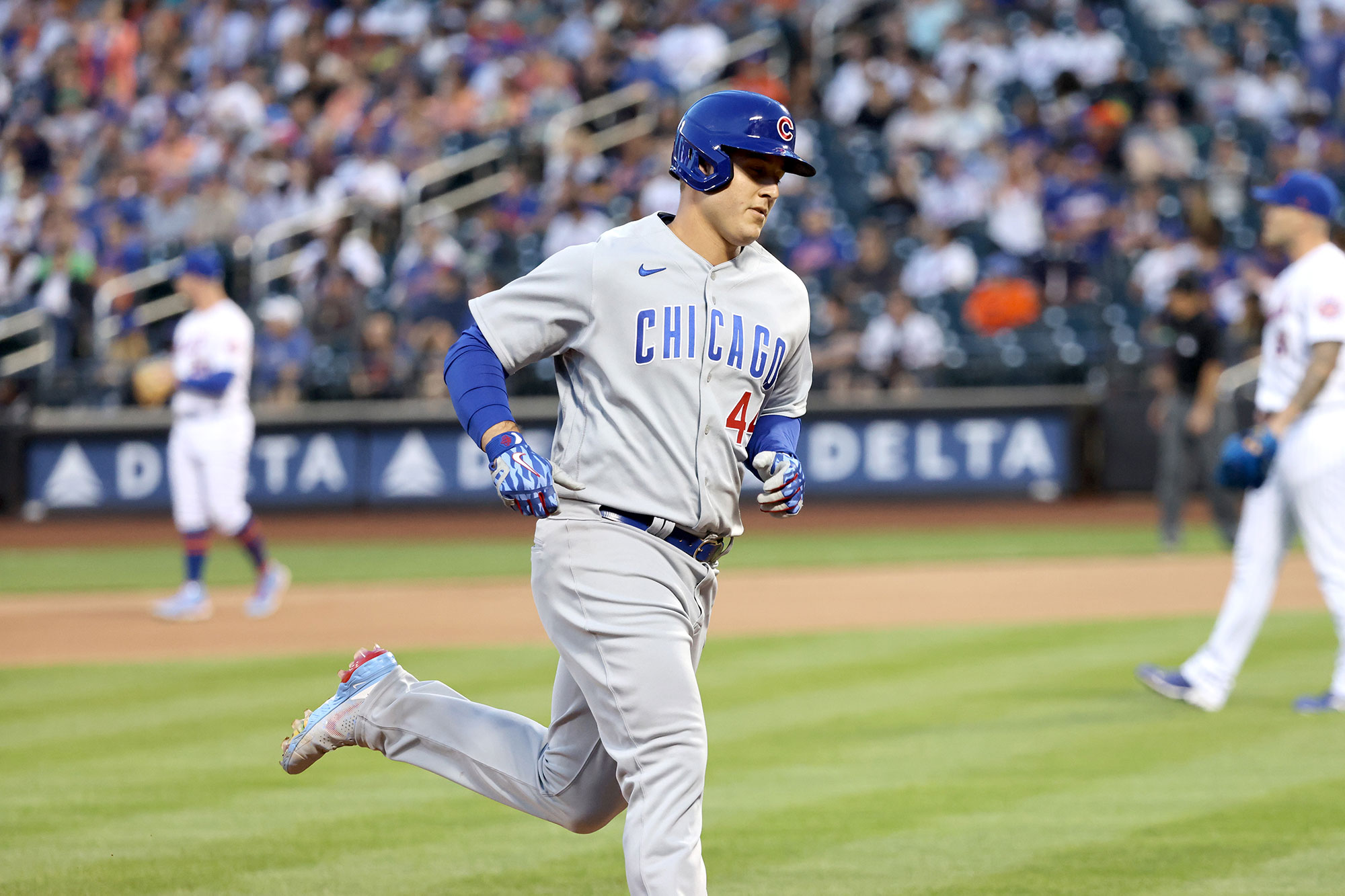 The Yankees said they would be buyers in advance of Friday’s 4 p.m. ET Trade Deadline, even as they continued to endure the highs and lows of a season that has felt at times like a gut-churning roller coaster. They continued to follow through on that promise Thursday, bringing first baseman Anthony Rizzo to the Bronx.

Hours after completing a trade to install All-Star outfielder Joey Gallo in the heart of their lineup, the Yankees continued to bolster their left-handed presence by reaching a deal with the Cubs for Rizzo in exchange for Minor League right-hander Alexander Vizcaino and outfielder Kevin Alcántara.

Rizzo, who turns 32 in 10 days, is a three-time All-Star and four-time Gold Glove Award winner who helped lead the Cubs to the 2016 World Series championship. Rizzo received news of the trade while in the Wrigley Field parking lot; he re-entered the building with his wife Emily, posing for pictures on the warning track in front of the storied ivy and red-brick walls.

“All good things come to an end,” Rizzo told reporters in Chicago. “To be able to go to another historic franchise like the Yankees, it’s unbelievable. Getting all the calls and texts, how excited they are, how excited I am. My family is all from New Jersey and New York. Emily’s family is up in Connecticut. It’s going to be a really special opportunity for me these next three months. I’m just going to enjoy it all.”

The Rizzos are walking around Wrigley Field, getting some final photos here. pic.twitter.com/8Bpr3WprVf

A free agent after the 2021 season, Rizzo was one of several Cubs players who was widely expected to be moved in advance of Friday’s deadline, along with infielder Kris Bryant and pitcher Craig Kimbrel.

The Red Sox reportedly also expressed interest in Rizzo, who is earning $16.5 million this season. Rizzo is still owed approximately $5.5 million of that — a figure that will be wholly absorbed by the Cubs, according to MLB.com’s Mark Feinsand.

“I’m just focused on going to be a Yankee now,” Rizzo said. “It’s just another really cool opportunity to play for another historic franchise. This will always be home for me, but like I’ve said, my best friend leaving, Jon Lester, he did the same thing. He has two special places in his heart.

“But for these next three months, it’s going to be fun. You go right into a race. Seeing the Yankees pull the triggers like this — get Gallo, me now, obviously — that’s what they do. And they’re excited.”

Anthony Rizzo has 14 HR this season

Unsurprisingly, like with Joey Gallo, that's the most of any single ballpark

“I think this is a great opportunity and I’m really fortunate to be going to the New York Yankees,” Rizzo said. “It’s the No. 1 sports franchise in the world. It’s going to be a fun ride. I can’t wait to get there and just try to settle in as fast as I can.”

Rizzo’s acquisition comes as the Yankees continue to gauge trade interest in first baseman Luke Voit, who led the Majors with 22 home runs during last year’s pandemic-shortened season but has been limited to just 29 games in 2021 due to injuries.

Offloading Voit — who is still due about $1.6 million through the remainder of this season and is under team control for three more years — could be key in allowing the Yanks to add another piece while remaining under the $210 million Competitive Balance tax threshold.

Yankees first basemen have combined to bat .201 with 11 home runs and 39 RBIs, with most of the reps having gone to DJ LeMahieu, who has played 41 games at the position. Voit (27 games), Mike Ford (21 games) and three others have manned first base for the Yanks this year, including Opening Day first baseman Jay Bruce, who retired in April.

Vizcaino, 24, and Alcantara, 19, ranked as the Yankees’ No. 9 and No. 12 prospects respectively, according to MLB Pipeline. Vizcaino had tossed just six innings between the Rookie-level FCL Yankees and High-A Hudson Valley, recording a 7.50 ERA. Alcantara has played eight games in the FCL, hitting .360 with a home run and a double during that span.

With Gallo and Rizzo now in the fold, the Yankees remain interested in bullpen help, having revamped their relief corps with recent additions of right-hander Clay Holmes, left-hander Joely Rodríguez and right-hander Sal Romano.