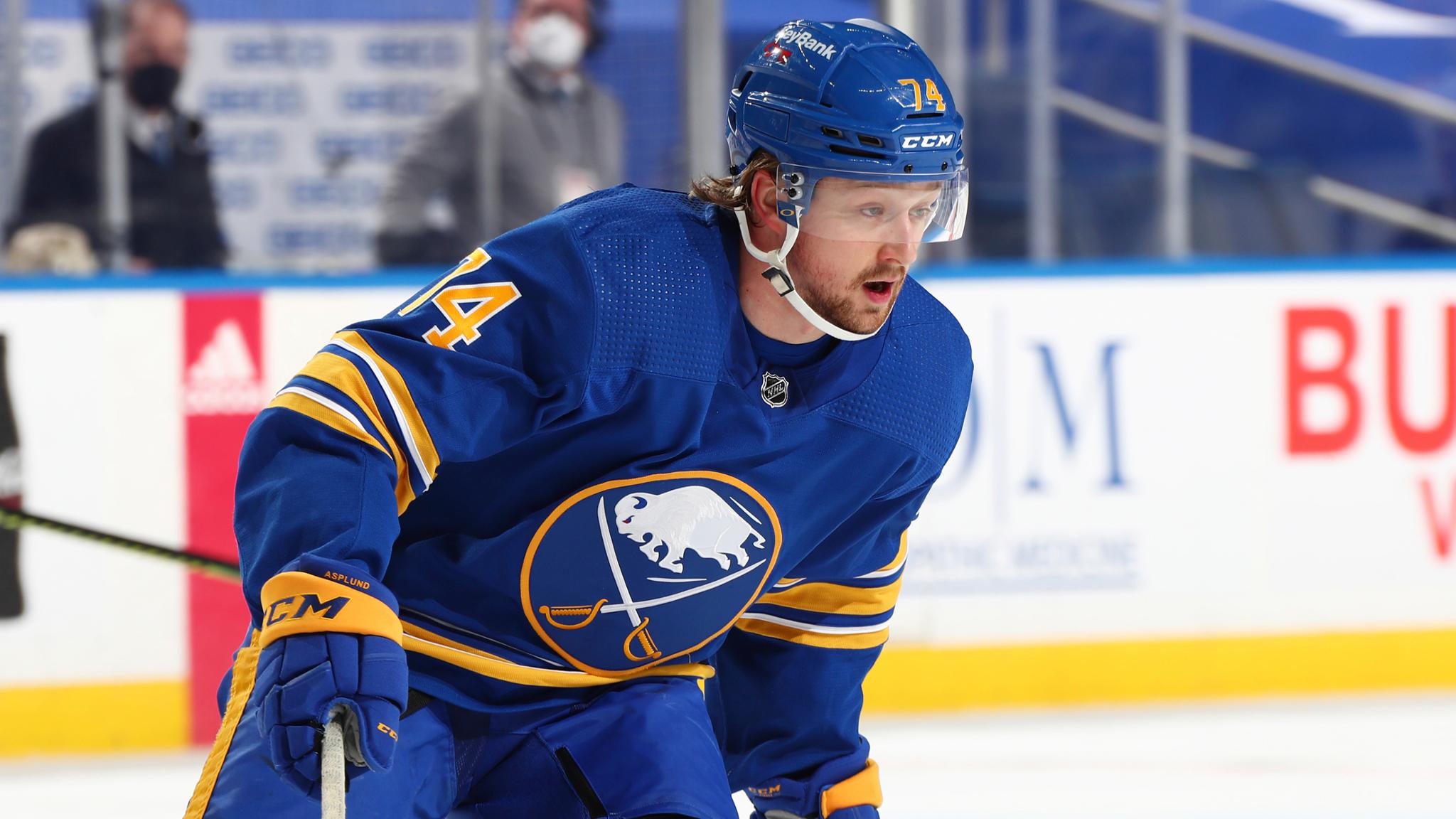 The Buffalo Sabres have re-signed forward Rasmus Asplund to a two-year contract worth an average annual value of $825,000.

Asplund saw increased opportunity during the final 23 games of last season under coach Don Granato, during which he tallied 10 points (6+4). It was a career-best stretch for the 23-year-old, who had appeared in just five games last season prior to Granato’s promotion.

The results were a culmination of the work Asplund spent honing his defensive game during four seasons in the SHL and two in the AHL with Rochester. He got his first taste of the NHL in 2019-20, experience that motivated him to take up mental training.

The development was right on schedule for the 2016 second-round pick, who said he signed his entry-level contract in 2018 with the thought of developing in Rochester and competing for a full-time spot in the NHL during the third and final season.

When that contract expired at the end of last season, Asplund expressed a desire to remain a part of the organization.

The Sabres have four remaining restricted free agents: forward Casey Mittelstadt and defensemen Rasmus Dahlin, Casey Fitzgerald, and Henri Jokiharju. All are under the age of 25.

“We have to identify those players that we are going to move forward with, have success with, and then we make sure we take care of that from a contractual standpoint,” Sabres general manager Kevyn Adams said Thursday.

“We build around those guys, everybody’s on the same page, and then we move forward. That, to me, is how you build a team over time.”