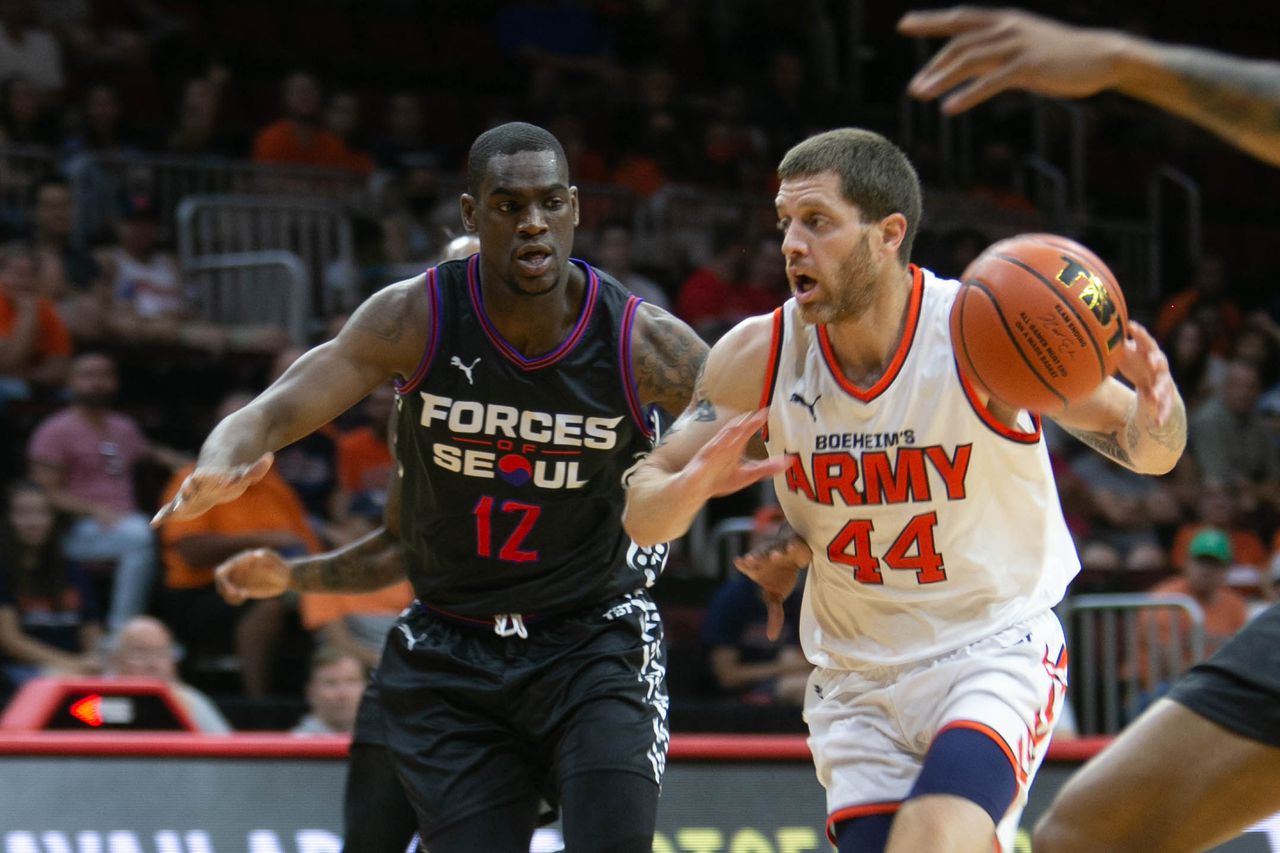 Tyrese Rice scored 20 points and Malachi Richardson added 19 as Boeheim’s Army rallied from a seven point fourth quarter deficit to top Forces of Seoul in The Basketball Tournament on Saturday 65-53. Boeheim’s Army outscored Forces of Seoul 22-3 in the fourth quarter with stingy defense and shots starting to fall. With the Elam Ending in effect, Rice hit a corner three to seal the victory.

In its next game, Boeheim’s Army will play the winner of Overlooked vs Heartfire. That game will take place on Monday at 7:00 p.m. eastern.

Early in the game, Boeheim’s Army was sloppy offensively. The Army shot just 29% overall and 27% from three point range as it trailed 29-23 to the 14th seeded squad made up of players who play professionally in Korea. Boeheim’s Army opened the second half on an 11-5 run to tie the game, but Forces of Seoul controlled the rest of the third quarter to take a seven point lead into the final frame.

That’s when Rice took over with strong shooting and penetrating play. He finished 4-10 from beyond the arc, and added five assists and two steals to his team high 20 points. DJ Kennedy, perhaps the best player in TBT history, struggled to find the bottom of the net with just three points on 1-6 shooting. He did add nine rebounds, however. Richardson was 4-7 from beyond the arc as his strong shooting helped Boeheim’s Army rally.

Chris McCullough was the only other Boeheim’s Army player in double figures with 12 points. He also had eight rebounds. Eric Devendorf, the face of Boeheim’s Army over the course of its existence, played just six minutes and scored two points.

Forces of Seoul was led by Torian Graham, who had a game high 22 points.

Boeheim’s Army outscores Forces of Seoul 22-3 in Q4 to get their first win of 2021@KingMali23 and company are 5 wins away from $1 million ?? pic.twitter.com/eIIGYkIlcz

Boeheim's Army advances. Very impressive game from Malachi Richardson, as well as the Boeheim's Army reinforcements of Tyrese Rice and DeAndre Kane, who showed why they were needed.