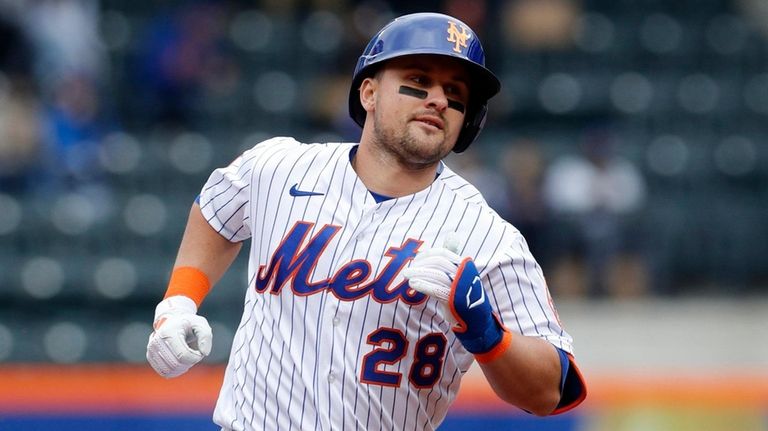 The Mets designated OF Billy McKinney for assignment on Friday prior to the team’s game against the Pittsburgh Pirates, as room was needed for J.D. Davis to return from the 60-day IL.

McKinney was acquired from the Milwaukee Brewers on May 25, as the Mets were in desperate need for help in the outfield. Manager Luis Rojas spoke about the tough decision to DFA the outfielder and talked about how important he was for the Mets during a tough stretch of injuries.

“Yeah it was tough,” Rojas said. “Seasons are like this, right, they’re full of a lot of tough decisions. This is a really tough conversation with a guy that came in and helped us so much in a situation where we’re dealing with a lot of adversities. He came in and did everything we asked and more. Hitting in the middle of the lineup, hitting third, came in played outstanding defense, pinch-runner, pinch-hitter, always ready. Always willing to do whatever we needed. He helped us in a stretch that we were in need.

“Going through it and just examining some the things we had to do, it led to a tough decision. Us having a fifth outfielder and having some guys that have utility value in the infield and outfield, it led us to do the Billy McKinney move. It’s a tough one you know, some of those that are tough and you still gotta do it, just pray for the best, we’ll see what happens with Billy.”