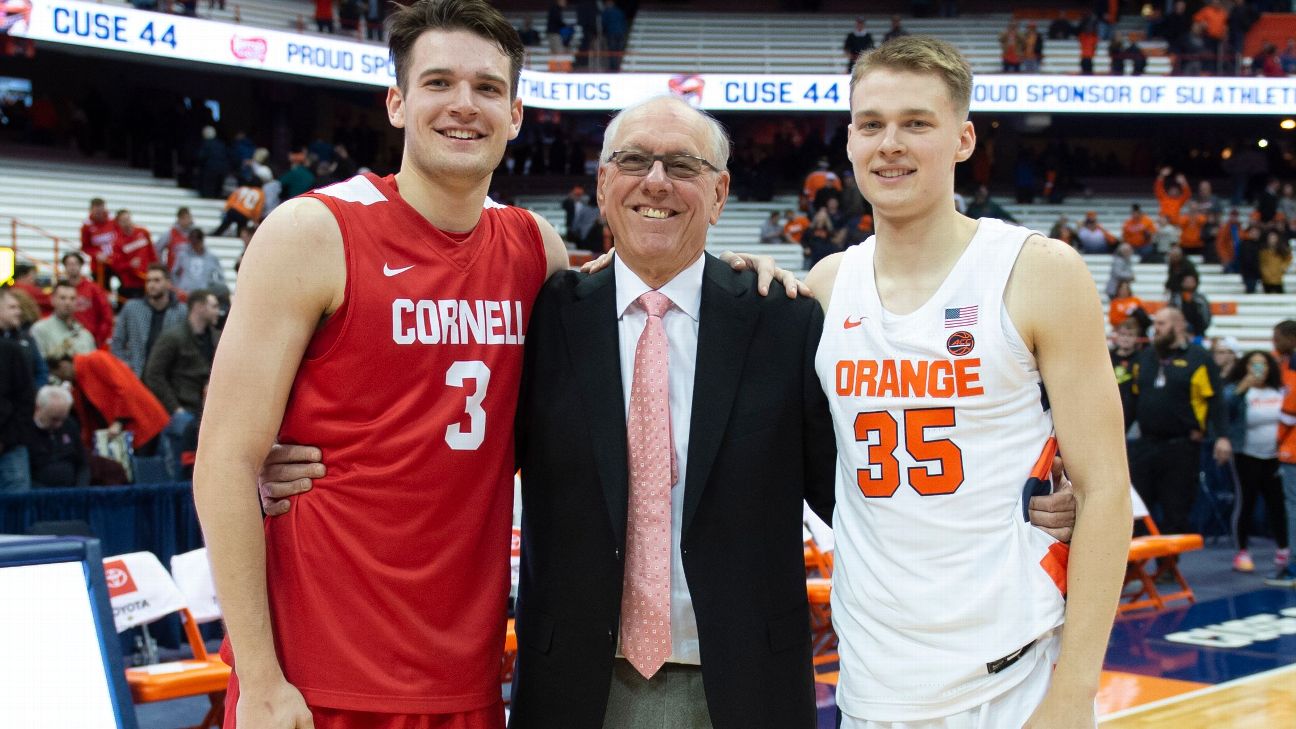 Buddy and Jimmy Boeheim will compete for USA East Coast Basketball in Spain for a three-game tour in August.

Syracuse head coach Jim Boeheim, father of Buddy and Jimmy, will also participate in the European tour as the head coach of the White team. Adrian Autry, Syracuse’s associate coach and USA East Coast’s head coach in 2019, will assist Boeheim on the sidelines for the White team.

The three squads will travel to Spain in August to play three games in Valencia and Barcelona against teams from Spain and France. Before departing, the teams plan to train at Manhattan College on July 31 – August 1.

Cornell graduate transfer Jimmy will join guard Buddy at Syracuse this year after sitting out last season due to the Ivy League cancelling its athletic seasons. Buddy concluded the 2020-21 season as Syracuse’s leading scorer, with a team high 444 points. The Jimmy and Buddy will play under Boeheim in his 45th season as the Orange’s head coach.