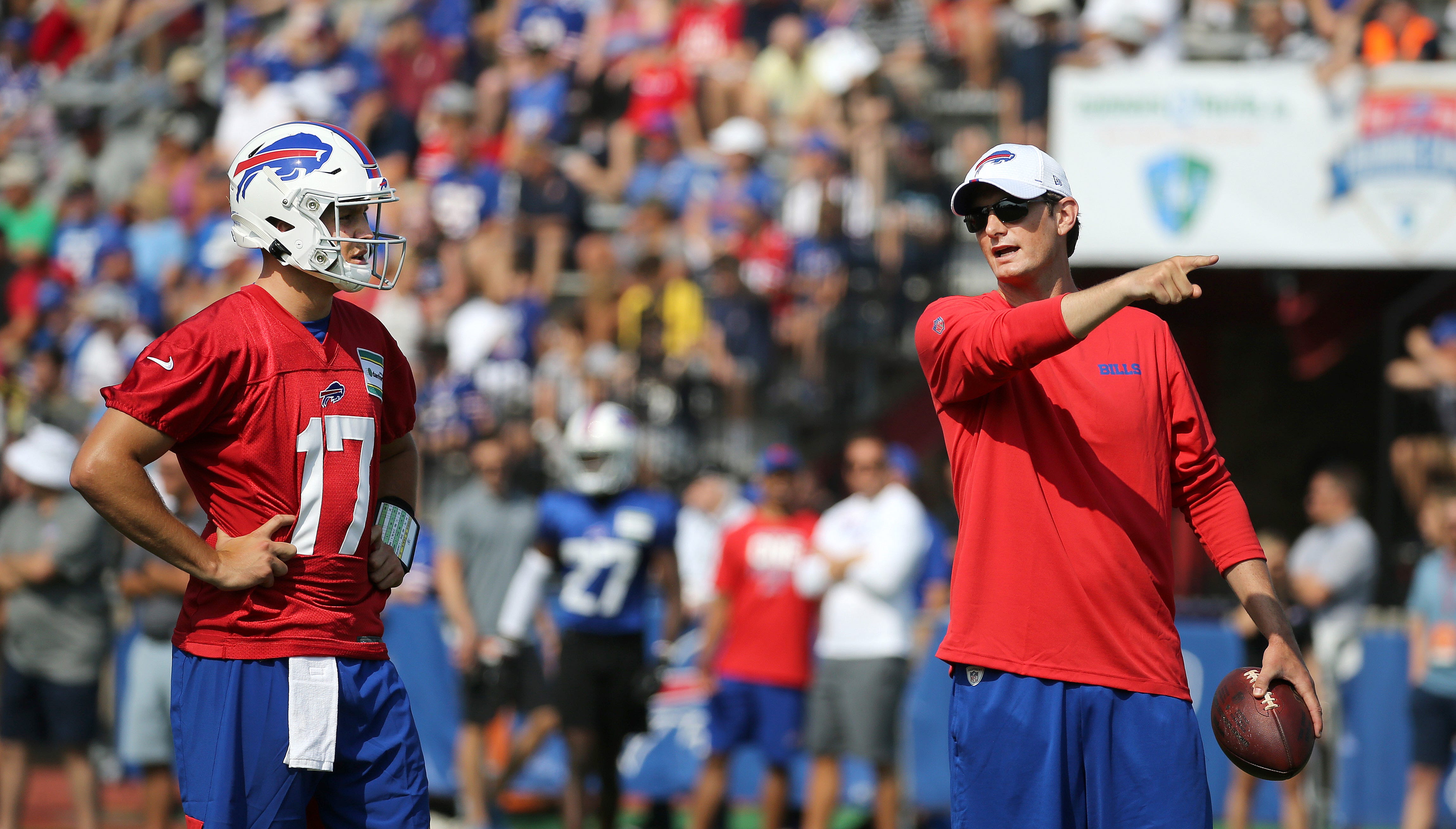 Ken Dorsey drew some interest as an offensive coordinator candidate following the 2020 season. No team ended up hiring Dorsey, but the Buffalo Bills made sure to give the former NFL quarterback a promotion within the organization.

Per his bio on the Bills’ official website, Dorsey is now the team’s passing game coordinator in addition to being Buffalo’s quarterbacks coach. WGR-550′s Sal Capaccio was the first to notice that Dorsey had been given a promotion.

It is not known what Dorsey’s expanded role as the team’s passing game coordinator means specifically for Buffalo. Dorsey could focus on redzone passing or third-down passing in his new role as a way of taking on more responsibility in the offense.

Although the Bills were able to retain Brian Daboll following the 2020 season, the offensive coordinator will likely be a head coach elsewhere in 2022 if the Bills’ 2021 offense has similar success. Dorsey’s expanded role as the team’s passing game coordinator could mean that he would be the heir apparent for Daboll’s job in this scenario.

Prior to joining the Bills in 2019, Dorsey, 40, had been part of the Carolina Panthers’ coaching staff serving as the team’s quarterbacks coach from 2013-2017.