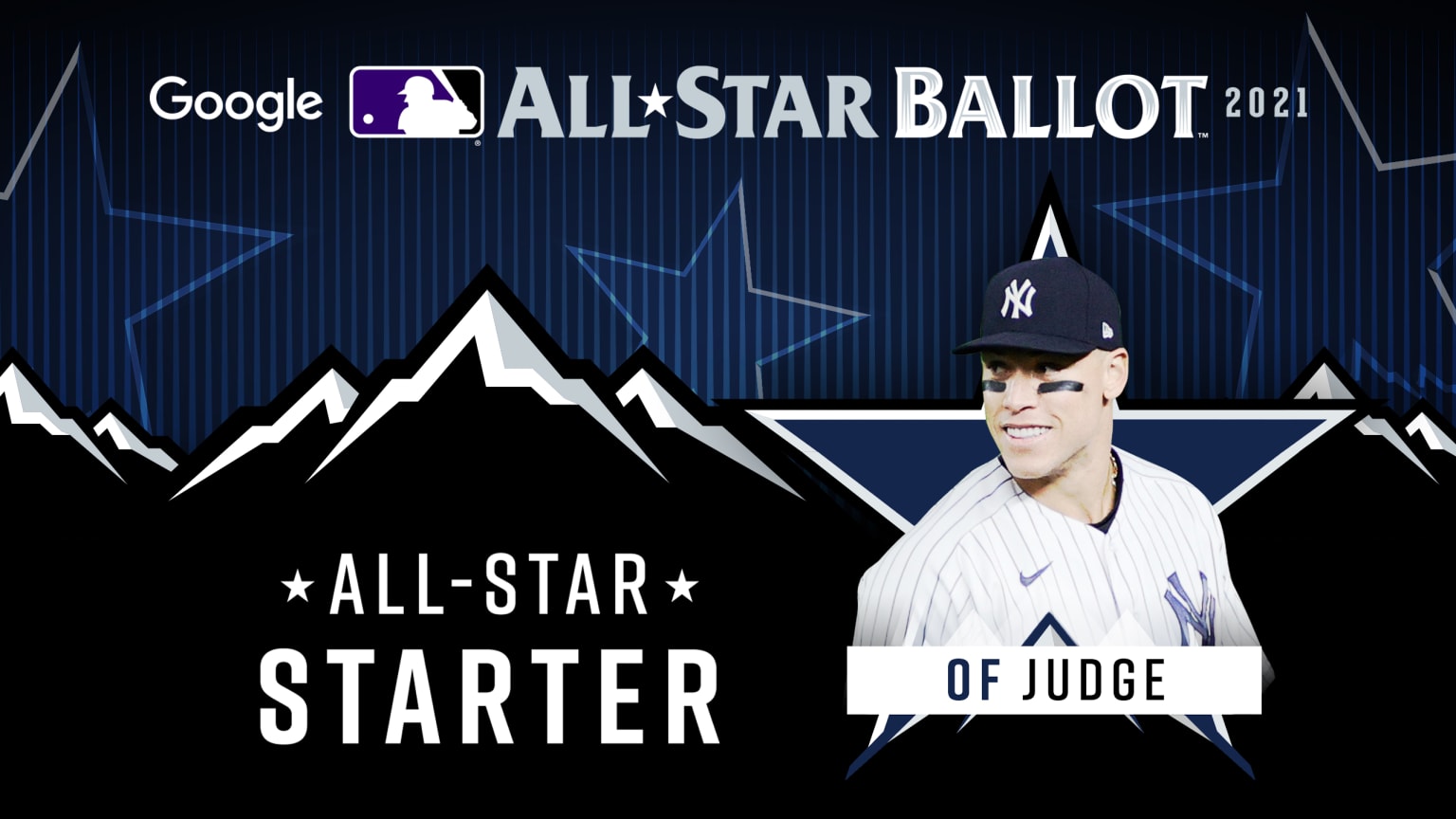 For the third time in his six-year Major League career, Aaron Judge has been elected as an All-Star Game starter.

After earning 13 percent of the vote among American League outfielders in Phase 2 of fan balloting, the 29-year-old right fielder will be the Yankees’ sole representative in the starting lineup at the 2021 Midsummer Classic, which is set to take place on Tuesday, July 13, at Coors Field in Denver.

As announced Thursday night on ESPN during the 2021 Google MLB All-Star Starters Reveal, Judge finished behind the Angels’ Mike Trout, who received 19 percent of the vote, and slightly ahead of the Blue Jays’ Teoscar Hernández, who obtained 12 percent of it and snuck past the Twins’ Byron Buxton in a tight race for the final two AL outfield spots.

DJ LeMahieu — the Yankees’ only other finalist from Phase 1 of the balloting — finished in third place among second baseman in Phase 2 with 14 percent of the vote, behind the Blue Jays’ Marcus Semien and the Astros’ Jose Altuve. Semien led the pack with 54 percent of the vote to earn the All-Star starting nod.

Though LeMahieu will not be a starter, he could still be chosen for the final roster, which will be announced on Sunday at 5:30 p.m. ET during the 2021 Google MLB All-Star Selection Show on ESPN. All of the pitchers and position player reserves will be selected through a combination of player ballot selections and choices made by the Commissioner’s Office.

The club’s most valuable player, Judge has shown upon in clutch moments this season as well. Eight of his 18 homers have either tied the game (one) or given the Yankees the lead (seven). And he has reached base multiple times in 41 games this year, which is tied for the sixth most in the Majors.

Judge, one of the league’s most popular players, has taken full advantage of the national stage in past All-Star events to build his star status. In his last Midsummer Classic appearance in 2018, Judge smacked a second-inning home run to the back of the left-field bullpen at Nationals Park off hometown starter Max Scherzer, opening the scoring in an eventual 8-6, 10-inning win for the AL.

And of course, amid his AL Rookie of the Year Award-winning campaign in 2017, Judge downed Justin Bour, Cody Bellinger and Miguel Sanó en route to winning the T-Mobile Home Run Derby at Marlins Park.

Judge will be looking for more of the same this season, when “All Rise” heads to the Mile High City.

The 91st Midsummer Classic will be televised nationally by FOX Sports; in Canada by Rogers Sportsnet and RDS; and worldwide by partners in more than 180 countries. During the game, fans may visit MLB.com and the 30 club sites to submit their choices for the Ted Williams Most Valuable Player Award presented by Chevrolet. FOX Deportes will provide Spanish-language coverage in the United States, while ESPN Radio and ESPN Radio Deportes will provide exclusive national radio coverage. MLB Network, MLB.com and SiriusXM also will provide comprehensive All-Star Week coverage. For more information about MLB All-Star Week, including ticket information and updates, please visit AllStarGame.com and follow @MLB and @AllStarGame on social media.