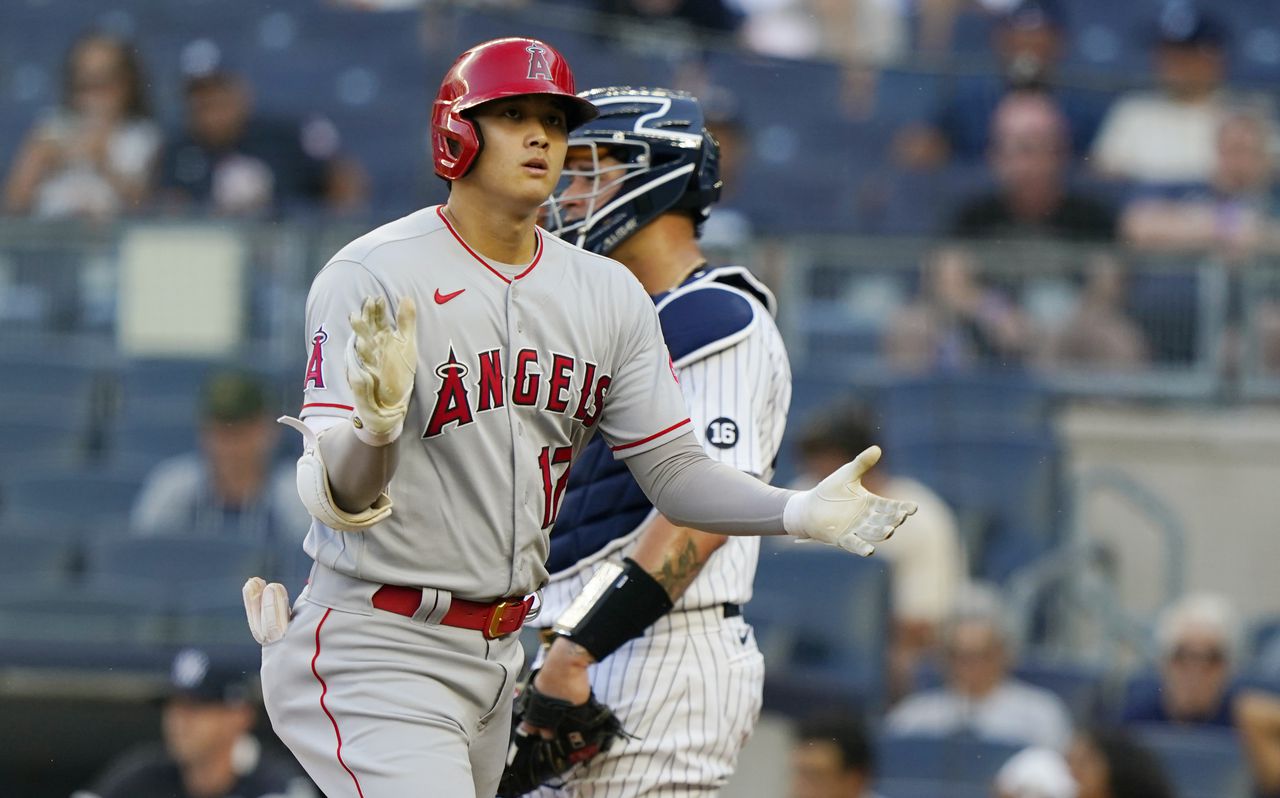 Giancarlo Stanton tattooed a no-doubt drive into the visitors’ bullpen in the sixth inning on Monday, tapping his helmet and rounding the bases in a corporate trot. The home run came with no one on base and left the Yankees still trailing, two circumstances that they have seen far too much of.

Gio Urshela also homered and Gary Sánchez picked up an early RBI, but it was not enough, as the Yankees absorbed their fourth consecutive defeat, dealt a 5-3 loss by Shohei Ohtani and the Angels.

Ohtani claimed a share of the Major League lead by crushing his 26th home run in the first inning off Bombers starter Michael King, who was charged with three runs (two earned) on six hits over 4 1/3 innings. Jared Walsh also laced a run-scoring double in the first inning before King settled in, a familiar trend for the right-hander.

Urshela’s homer off Dylan Bundy in the second inning tied the score before the Yankees watched as Bundy was helped off the field two batters later due to heat exhaustion. The Yanks’ bats were largely silent against reliever José Suarez, who held New York to Stanton’s 108.4 mph, 426-foot blast over 5 1/3 innings.

Juan Lagares hit a homer off Lucas Luetge in the sixth inning, and José Iglesias doubled home a run in the eighth facing Chad Green.