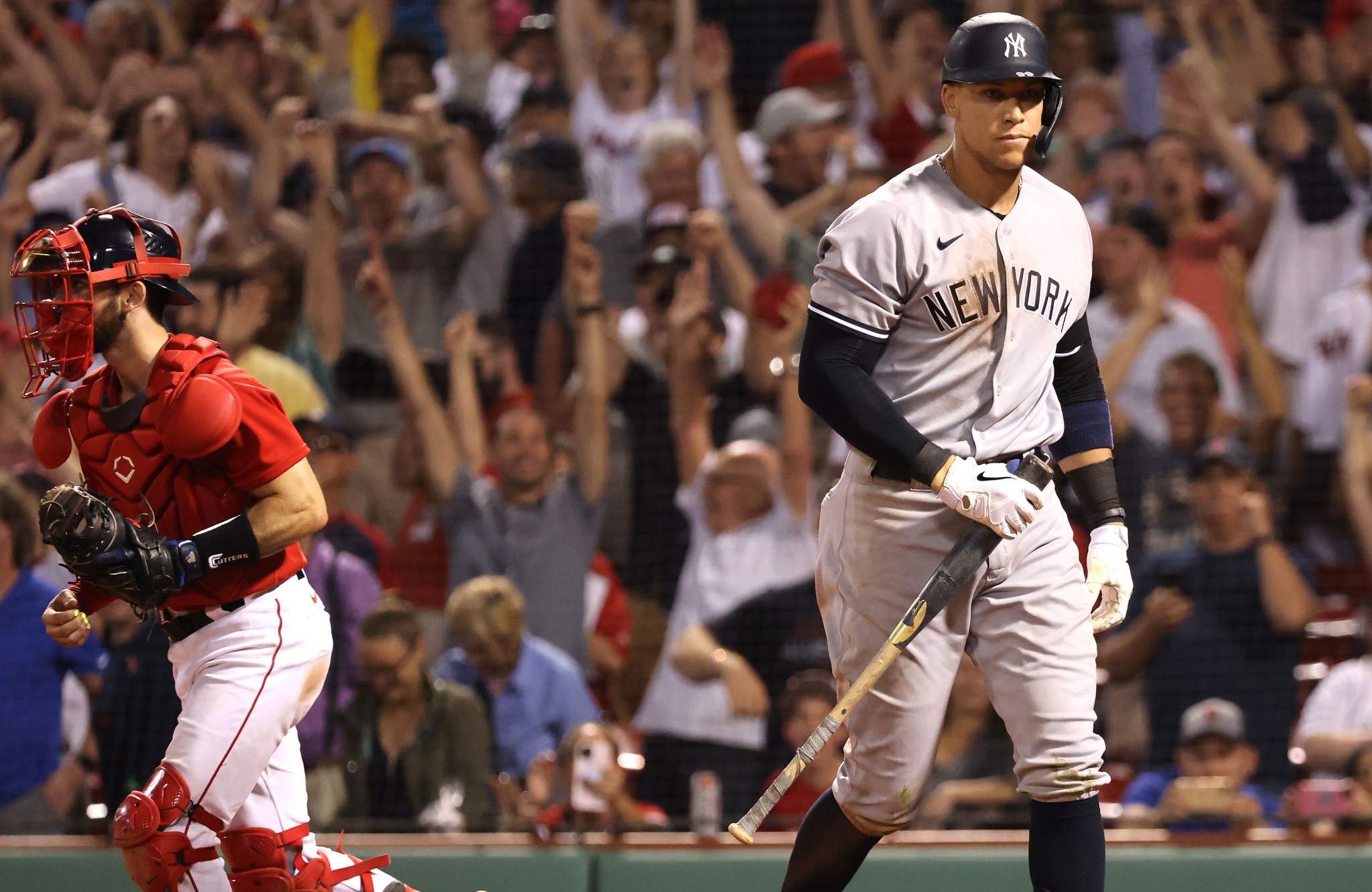 Brian Cashman stood behind Fenway Park’s batting cage on Saturday, tracking line drives sprayed around the historic turf. The Yankees’ general manager occasionally scanned the American League East standings displayed on the Green Monster in left field, needing no reminder that his players very much have their work cut out for them.

The Yankees hoped to carry a hot streak into this rivalry weekend, but their surge has stalled, challenging ace Gerrit Cole to avert a sweep on Sunday afternoon. Nathan Eovaldi handcuffed his former club into the eighth inning as the Yankees absorbed a 4-2 defeat on Saturday, their fifth loss in five contests against the Red Sox this season.

Yankees starter Jordan Montgomery was nicked for three runs and eight hits over six innings, though Boston didn’t exactly bang balls off the walls. Two infield hits and a pair of sacrifice flies fueled an early Red Sox lead, including a sac fly to first baseman Luke Voit, who whirled and tossed home too late to catch Rafael Devers alertly tagging on the foul popup.

Hunter Renfroe added a run-scoring single in the third inning off Montgomery, who saw his string of six consecutive team victories in his starts snapped. Xander Bogaerts lifted a seventh-inning sac fly off reliever Albert Abreu to extend Boston’s advantage, delighting a sold-out crowd of 36,857.

DJ LeMahieu broke up the shutout by chasing Eovaldi in the eighth with a solo shot to right-center field, LeMahieu’s seventh home run of the season. Despite the setback, the Yankees have won seven of their previous 11 games.