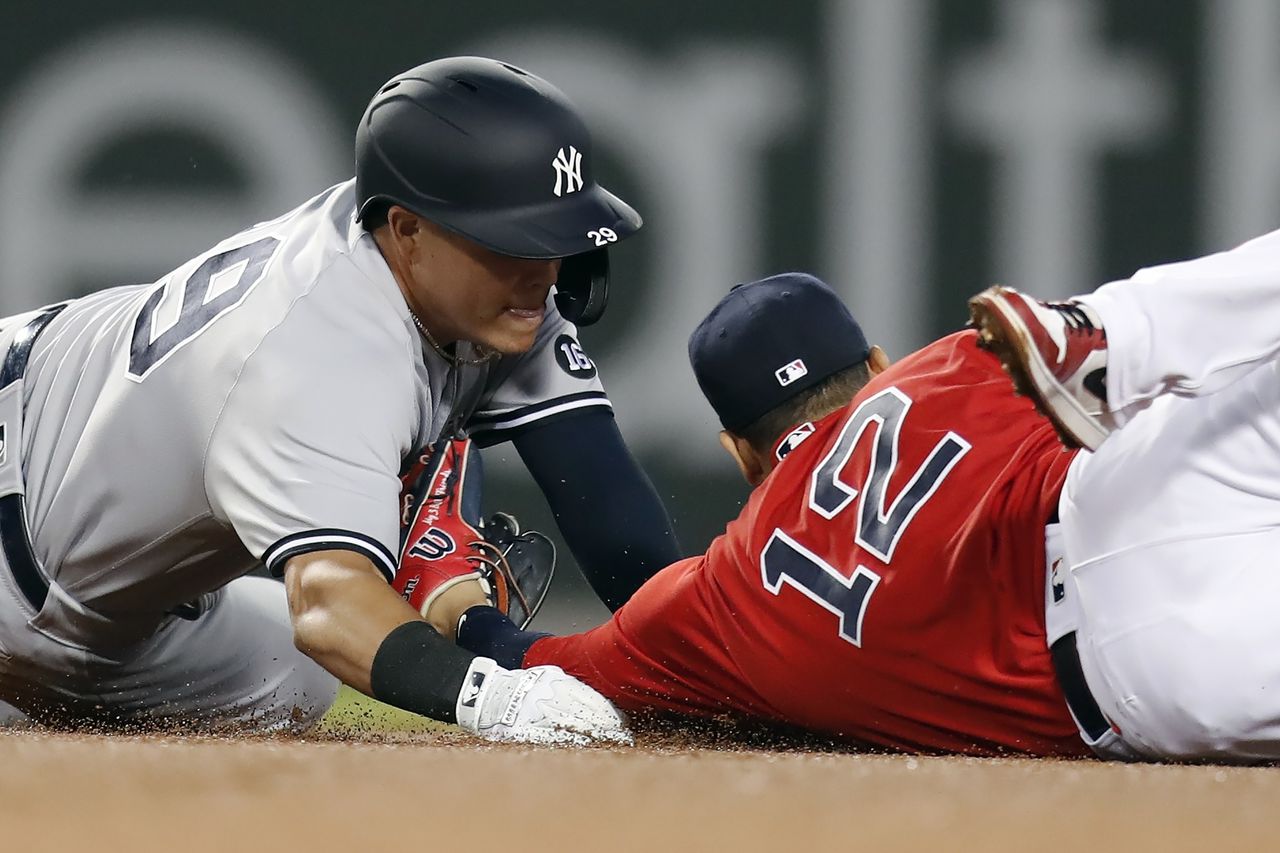 The Yankees arrived at Fenway Park speaking optimistically about how this series was going to be different, feeding off the energy of a packed house and looking to avenge the three-game sweep that the Red Sox had dealt them earlier in the month at Yankee Stadium.

The Bombers punched back after seeing three first-inning runs cross the plate, but the momentum shifted in Boston’s favor once more. Domingo Germán fumbled an easy ground ball for a costly error and Gio Urshela was thrown out at home plate on a questionable send as the Yankees absorbed a 5-3 defeat on Friday evening at a sold-out Fenway Park.

With the makings of a high-scoring affair in sight, highlighted by DJ LeMahieu’s two-run single in a three-run second inning, New York threatened in the fourth.

Urshela ripped a leadoff double and Miguel Andújar followed with a single to right field. Though Urshela had missed the last two games with a sore left shin that curtailed his running ability, third-base coach Phil Nevin sent Urshela home. Renfroe fired a seed to home plate, nailing Urshela by about five feet.

Yankees left-hander Zack Britton appeared to sustain an injury to the back of his left leg in the eighth inning, grabbing that area and then leaving the playing field.