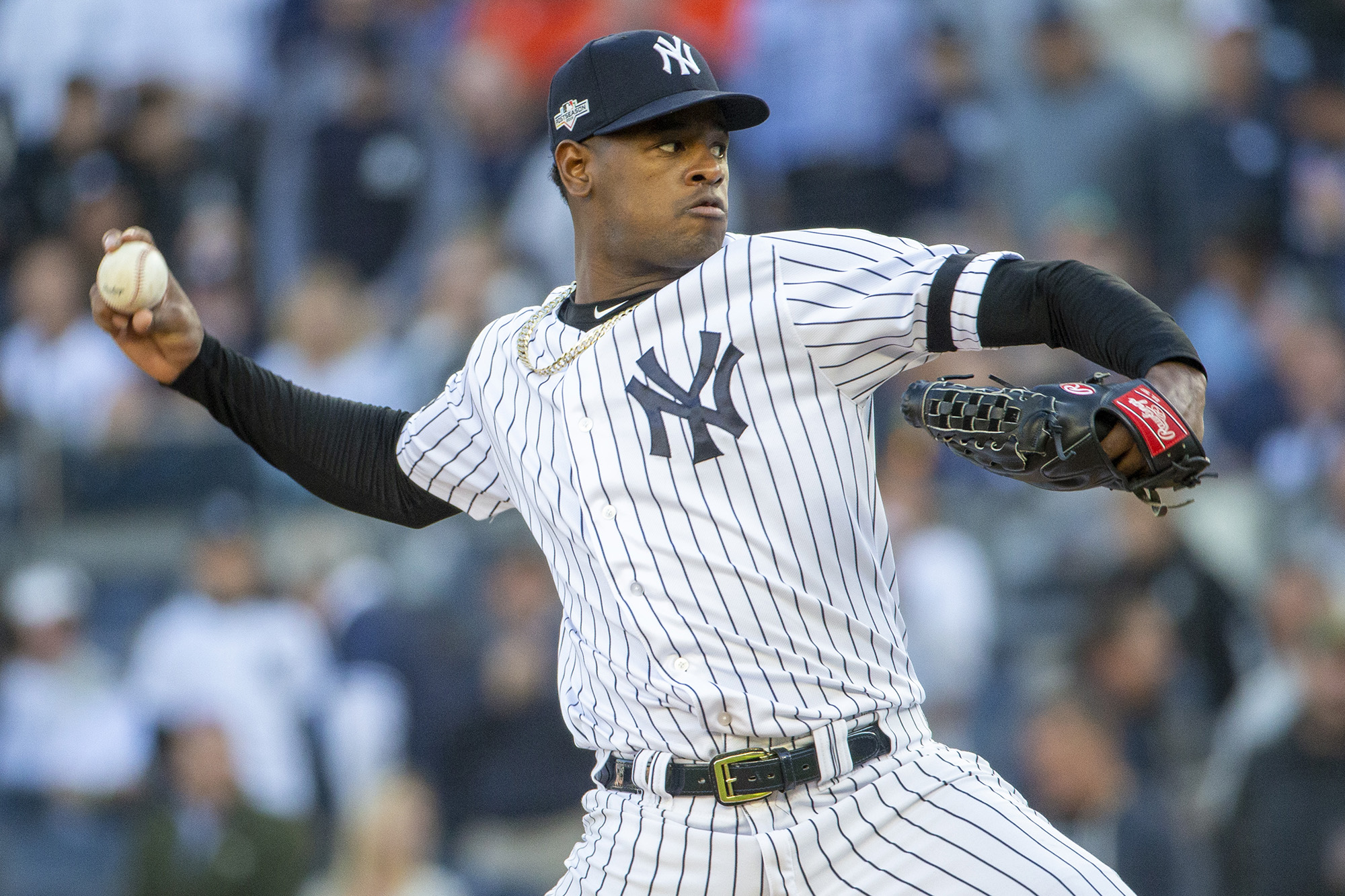 Yankees manager Aaron Boone gave an update on Luis Severino, who was taken out of his last rehab start due to a groin injury.

“Sevy has a low Grade 2 groin strain,” Boone told reporters via Zoom on Tuesday. “He’s in New York now. He’s already actually already up doing something as far as on the treadmill and things like that. Trying to keep him active.”

It was a tough blow for the Bombers to see their former ace hit a setback in his rehab because he was progressing well enough to be viewed as an option to return to the rotation at the end of the month.

Instead, Boone knows he won’t be able to have Sevy back in it for at least another month.

“He’ll probably try to keep his arm going even this week a little bit probably, start some light catch seated down and everything,” Boone explained. “We’ll certainly probably hold his return back by about a month we think. We were hoping to obviously get him back by the end of this month. That will obviously be on hold as he has to get that right over the next couple weeks.”

Boone added that he doesn’t believe anything mechanically was wrong with Severino when he sustained his injury.

“I don’t think so. I think it’s a little bit of just one of those things that can happen from time to time — that’s my hope on this,” he noted.