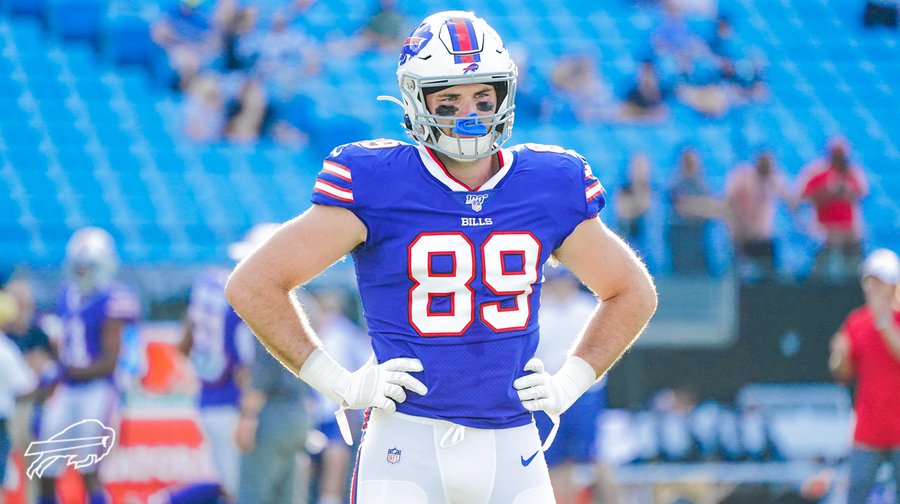 Bills tight end Tommy Sweeney’s 2020 season ended before he ever got to play a game.

First he missed all of training camp last year and the start of the season recovering from foot surgery. And just when he was ready to return, Sweeney tested positive for Covid-19 in week 7.

But that’s not what cut his season short, it’s what developed because of it. Sweeney was diagnosed with myocarditis, a heart condition that stems from Covid-19. It’s inflammation of the heart muscle that can cause many complications such as shortness of breath, irregular heartbeat or chest pain just to name a few difficulties. It also makes it tough to circulate blood and oxygen throughout the body.

Doctors found this during Sweeney’s echocardiogram that players must have after testing positive and before returning to the team. Once he was diagnosed, doctors not only shut down his season but his workouts for the next three months.

“It was a very different time because I’ve been playing football since I was in seventh grade so it was the first season I didn’t do anything. I couldn’t lift weights, couldn’t do this, couldn’t do that so physically I felt almost deflated,” Sweeney told News 4 Sports.

“It was a weird feeling just because every day I couldn’t over exert myself so it was very different. Coming out of that three months, it wasn’t shocking but it was a lot of rest.”

Thankfully, Sweeney’s symptoms were not severe which is remarkable given he was dealing with a heart condition.

“It was mostly mild just the first couple days after I tested positive I had a cough stuff like that. I never felt anything in the heart area so it was really just those first couple days, had a cough and a fever but other than that really nothing which was kind of surprising to find out that they found that,” Sweeney explained.

Sweeney was able to restart his workouts after doctors cleared him for physical activity in early February. At that point, the Bills season was over after falling short in the AFC Title game. So Sweeney started eyeing his return for 2021.