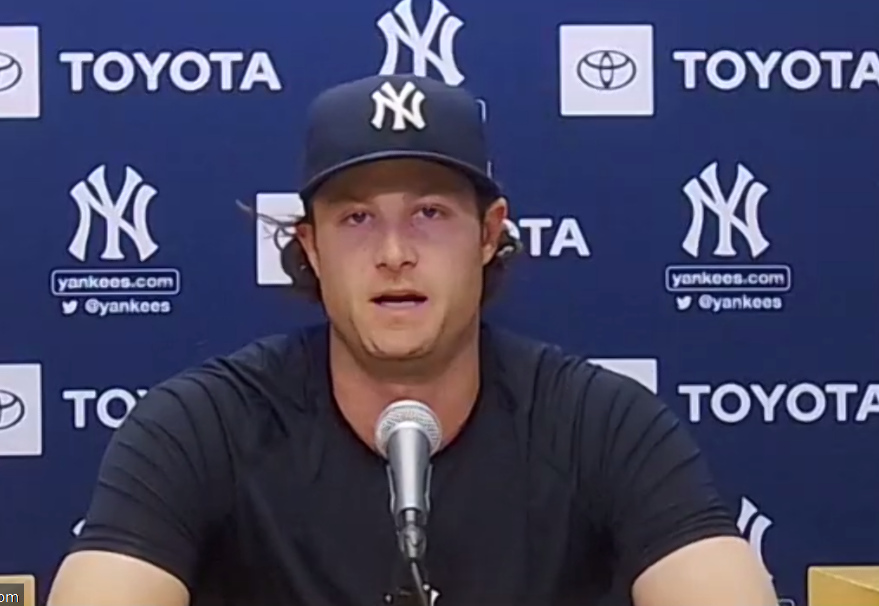 Earlier this week, Twins third baseman Josh Donaldson questioned whether Gerrit Cole’s recent dip in spin rate is tied into MLB cracking down on illegal substances, asking “Is it coincidence that Gerrit Cole’s spin rate numbers went down (Thursday) after four minor-leaguers got suspended for 10 games?”

“I was made aware of it this week. Obviously, it’s undesirable but I understand this topic is important to everyone who cares about the game,” Cole said. “In regards to Josh specifically, I kind of thought it was a bit of low-hanging fruit, but he’s entitled to his opinion and to voice his opinion.

“So, I just have other things that I need to keep my focus on, so, respectfully, I can’t worry about that type of stuff. But I would say that as a member of the executive council in the union, part of my job, part of my role there is to facilitate communication about really all things involving the game.”

Cole saw his spin rate drop significantly in his last start against Tampa, a game in which he allowed five earned runs in five innings.

But the Yankees’ ace attributed that drop in his spin more so on getting his delivery in line than anything else.

“I think we’ve seen a trend the last few games, to be quite honest, where [I’m] just not quite bringing out my best delivery,” Cole said. “So, of course it’s something that we monitor, of course there are other variables that we monitor as well when we’re evaluating our performance from every game. You try to take as much information as you can as a player. We’ve tried to get better this week and put in the work, and we’ll be as prepared as we possible can be for the next start tomorrow.”

Asked again about his spin rate later in his availability, Cole reiterated that point.

“I attribute it to, again, just not being as good or as sharp as I wanted to be,” he said. “Simple as that.”

Cole’s name has become one of the most prominent ones as MLB digs deeper into pitchers using substances, primarily because of how his spin rate has increased over the course of his career, and then again after his spin rate dropped in his last start.

Cole was asked point blank if he’s ever used Spider Tack, which has reportedly become one of the most popular illegal substances in the game, and he paused for more than 10 seconds before answering.

“I don’t quite know how to answer that, to be honest,” Cole said. “There are customs and practices that have been passed down from older players to younger players, from the last generation of players to this generation of players. I think there are some things that are certainly out of bounds in the regard, and I’ve stood pretty firm in terms of that, in terms of the communication between our peers and whatnot.

“If MLB wants to legislate some more stuff, that’s a conversation that we can have, because ultimately we should all be pulling in the same direction on this.”

Cole will take the mound in Minnesota on Wednesday night for his next start, facing fellow righty Randy Dobnak.