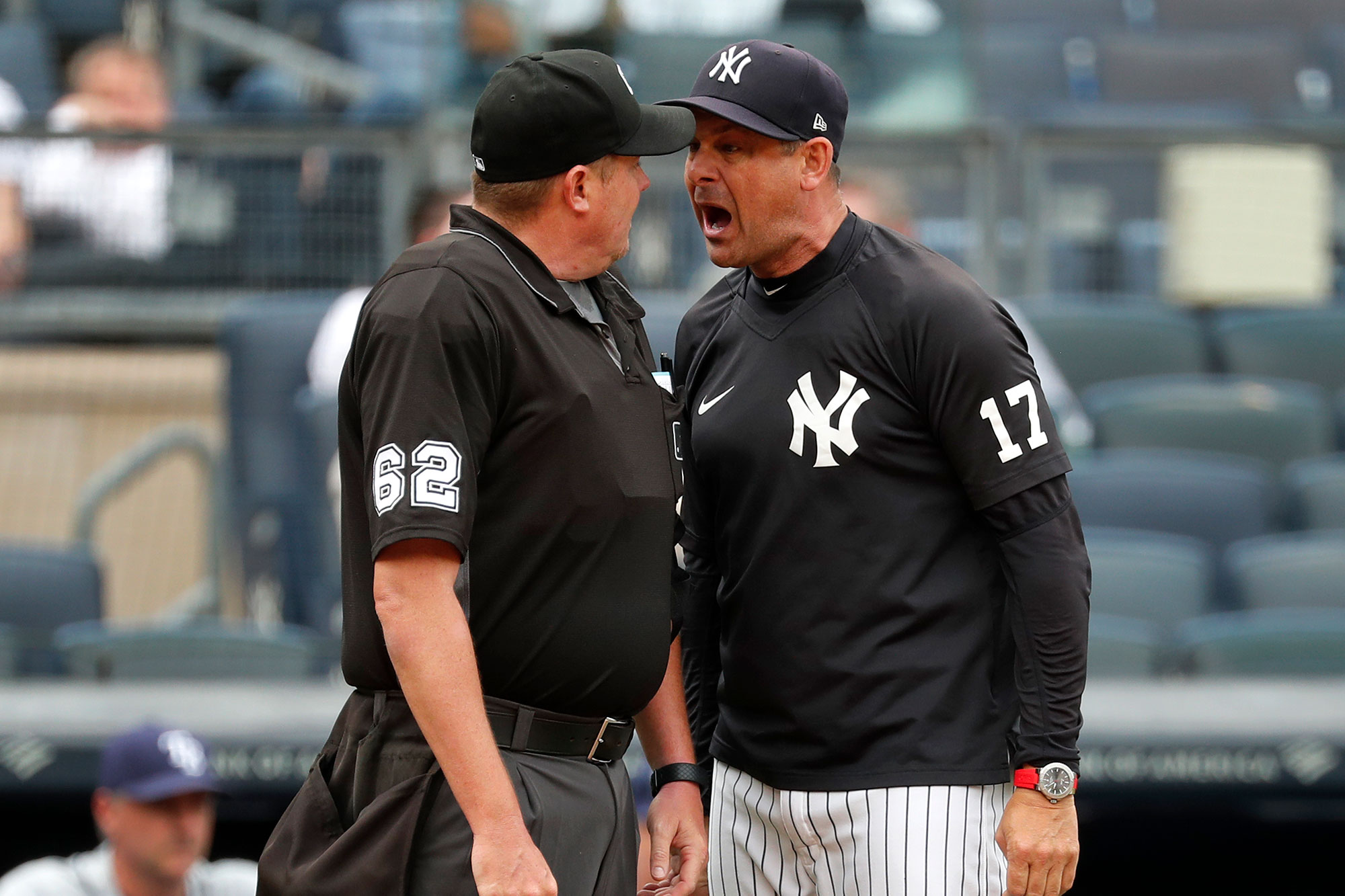 Gerrit Cole seemingly caught a break before Thursday’s game even began, as his greatest adversary in the Rays’ lineup, Ji-Man Choi, sat out due to injury.

The Rays who played, though, didn’t make Cole’s life much easier.

Some misplaced offspeed pitches and a costly two-out rally forced Cole out after five innings in a 9-2 loss to Tampa Bay at Yankee Stadium. Instead of rebounding from last weekend’s sweep against the Tigers with a series win, New York settled for a four-game split against the division-rival Rays.

With the Yanks’ ace on the mound — the same one who fanned 12 Rays over eight scoreless innings in his previous outing against them — it’s fair for them to have hoped for more.

But Cole struggled to maintain fastball command, and that spelled trouble for the hard-throwing righty. He used his fastball 43.4 percent of the time, his lowest rate over his past six starts. That made his offspeed stuff easier to anticipate: All five hits against him came on offspeed pitches.

Often it’s Cole — he of the sub-2.30 ERA, with more strikeouts (104) through 12 starts than any pitcher in Yankees history — who picks up New York’s hitters. This time, when he needed them to rescue the day, all they could muster was a pair of solo shots: one each from Brett Gardner (his first of the season) and Miguel Andújar (his third in the past four games). The Yanks are now 0-15 when allowing five or more runs this season.