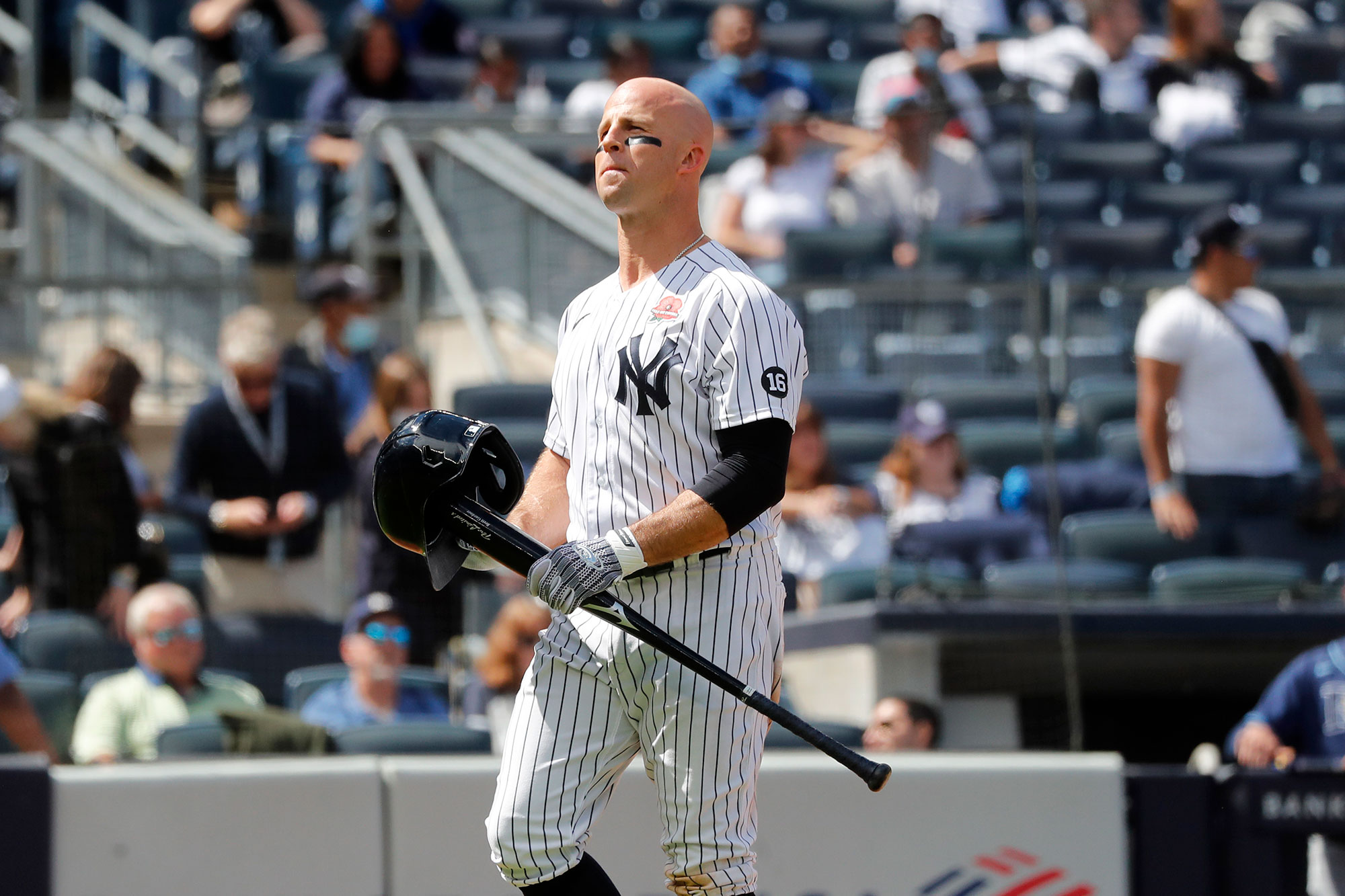 Memorial Day represents a checkpoint of sorts, seeing about one-third of the schedule now in the books. As Yankees manager Aaron Boone evaluates his squad’s performance so far, he says that the offense is “still not where we expect it to be,” a fact that must change during this rivalry week.

Miguel Andújar’s seventh-inning home run comprised most of the Yankees’ production as they fell for the sixth time in seven games, dealt a 3-1 defeat on Monday by the Rays. This homestand features seven games against American League East opponents, with the Red Sox to follow Tampa Bay.

Jameson Taillon drew a tough assignment with the red-hot Rays, who knocked the right-hander for three runs over five-plus innings. That was enough for Tampa Bay to celebrate its 16th win in 17 games, thanks in part to five sharp innings by left-hander Rich Hill, who limited New York to three hits.

Manuel Margot stroked a run-scoring double in the third inning and Austin Meadows reached the short porch in right field for a 334-foot solo homer in the fourth, a drive which Statcast said would not have left any other park in the Majors. Randy Arozarena padded the advantage with a two-out RBI single in the fifth.

The Yankees have lost 20 of their last 27 meetings with Tampa Bay since September 2019, including last year’s American League Division Series.