Steuben County legislator indicted among others in sex trafficking ring

Four people have been indicted on a total of 54 counts following a lengthy investigation into sex trafficking in Steuben County.

One of those individuals is Steuben County Legislator Steven Maio. Earlier this year the charges against the individuals involved in the alleged ring were dismissed on a technicality.

Main was arrested last August for patronizing a prostitute. He represents the city of Corning on the legislature.

All four are charged with Enterprise Corruption, based on allegations that the men were either knowledgeable or involved with a “criminal prostitution enterprise” between December 2015 and December 2020.

Attorney Matthew Buzzetti, who is representing Maio, released a statement, calling the allegations against his client ‘false’. “My office looks forward to, once again, establishing that these allegations are legally baseless against Steve,” the statement said.

Maio was charged with two counts of patronizing a person for prostitution; attempting to promote prostitution; conspiracy; coercion; and falsifying business records. He also faces a forgery charge. 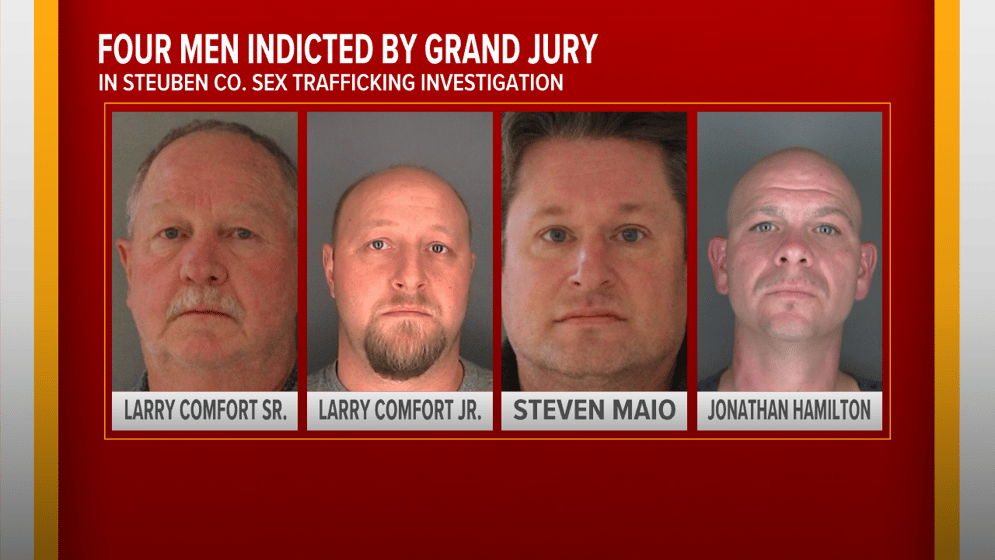