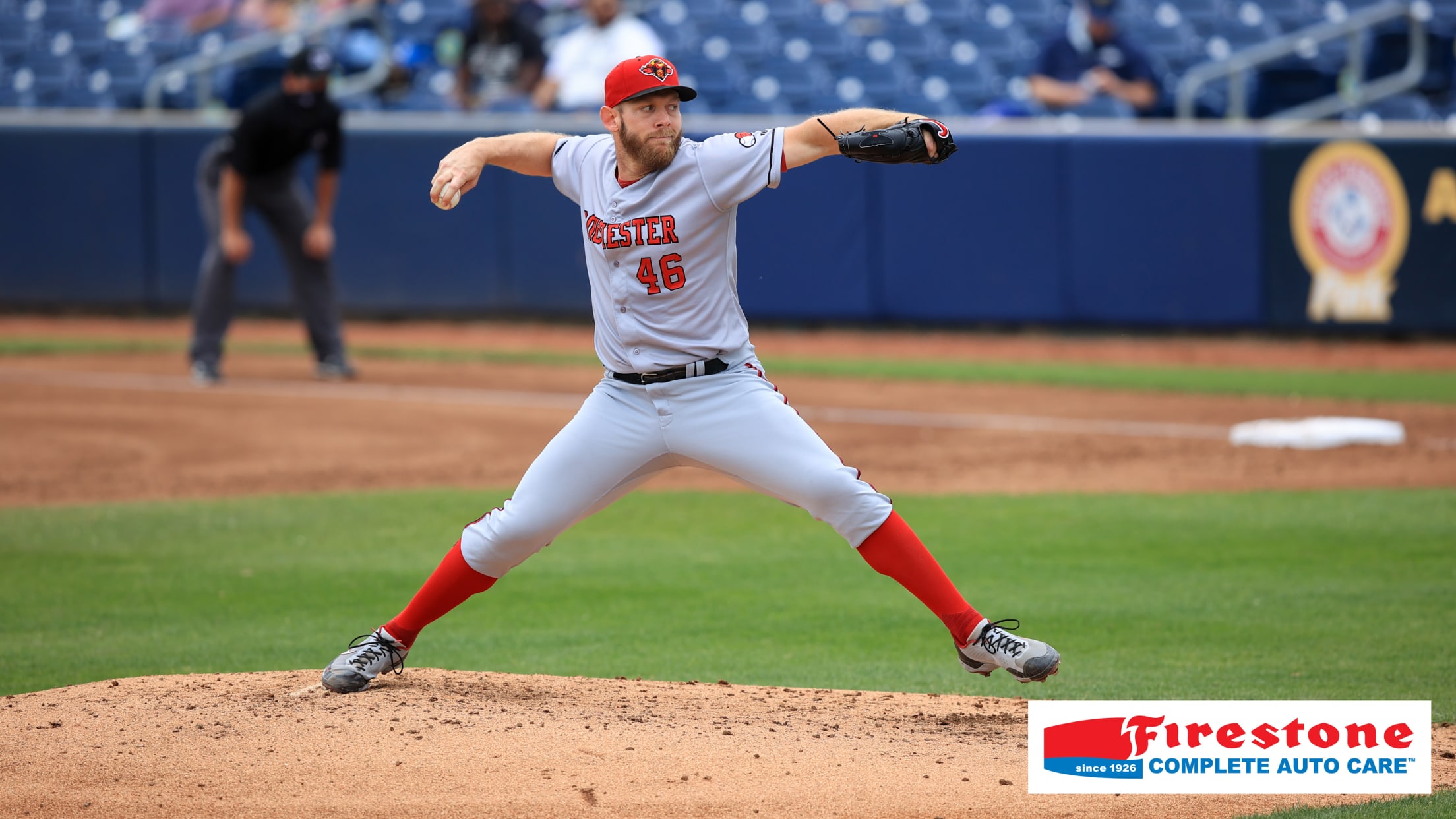 Stephen Strasburg tossed 4 1/3 scoreless innings in a rehab start but Buffalo rallied in the 7th inning to send Rochester to its fifth straight loss, 2-1, Sunday afternoon in Trenton, NJ.

Strasburg got better as the game went on. He fell behind 3-1 to the leadoff hitter before getting Forrest Wall to fly out to right field and walked Breyvic Valera on five pitches. Valera would steal second but was left stranded after Strasburg fanned two batters looking to end the 1st.

Christian Colón singled leading off the 2nd but was caught stealing and Strasburg induced a pair of groundouts to end the inning. Two runners reached in the 3rd but a swinging strikeout of Cullen Large ended the threat.

The strikeout of Large began a string of four straight set down via strikeout as Strasburg fanned the side in the 4th. He threw two pitches to retire Riley Adams in the 5th before reaching his 75-pitch limit.

Strasburg finished the day by allowing two hits and two walks while striking out six over 4.1 innings.

At the plate, the Red Wings (2-10) got on the board when Alec Keller hit a two-out homer in the 5th, his first as a Wing.

That score remained until the Bisons (9-3) took the lead with a two-out, two-run single by Dilson Herrera in the 7th inning off Tyler Eppler, who relieved Strasburg.

Rochester had the bases loaded with nobody out in the 2nd inning but didn’t score and spoiled a leadoff double by Jake Noll in the 7th as the Red Wings finished 1-for-7 with runners in scoring position.

The Red Wings return home for Opening Day at Frontier Field on Tuesday, May 18 against the Scranton/Wilkes-Barre RailRiders at 7:05 p.m. This six-game series is the only time that the Yankees top affiliate will play in Rochester this season.