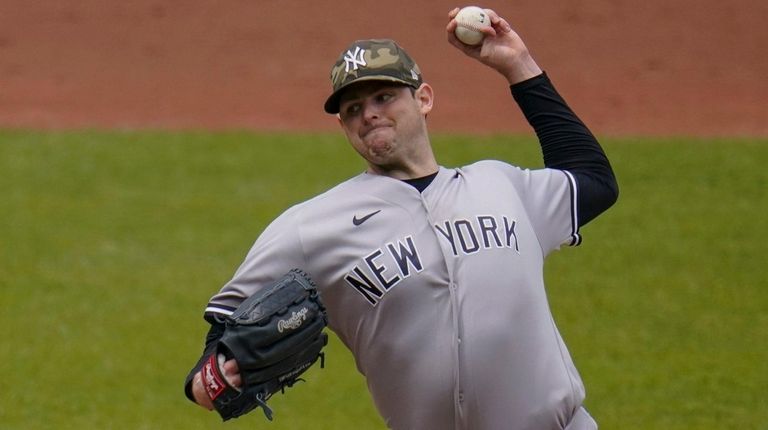 Aaron Judge claimed a share of the Major League lead with his 12th home run, but starter Jordan Montgomery struggled with his command and surrendered an early cushion as the Yankees fell to the Orioles, 10-6, on Sunday afternoon at Camden Yards.

The advantage didn’t hold in an uncharacteristically wild effort by Montgomery, who was knocked for five runs while throwing 76 pitches over three innings.

Judge put New York up by three runs with a 443-foot homer — his fourth in three games — off Bruce Zimmermann in the third inning.

Baltimore tied the game in the home half of the third; Ryan Mountcastle, Maikel Franco and Freddy Galvis drove in runs in a frame helped along by two Montgomery wild pitches.

Zimmermann held the Yanks to Judge’s homer over 5 2/3 innings in relief. Franco added a two-run homer in the seventh off Wandy Peralta.