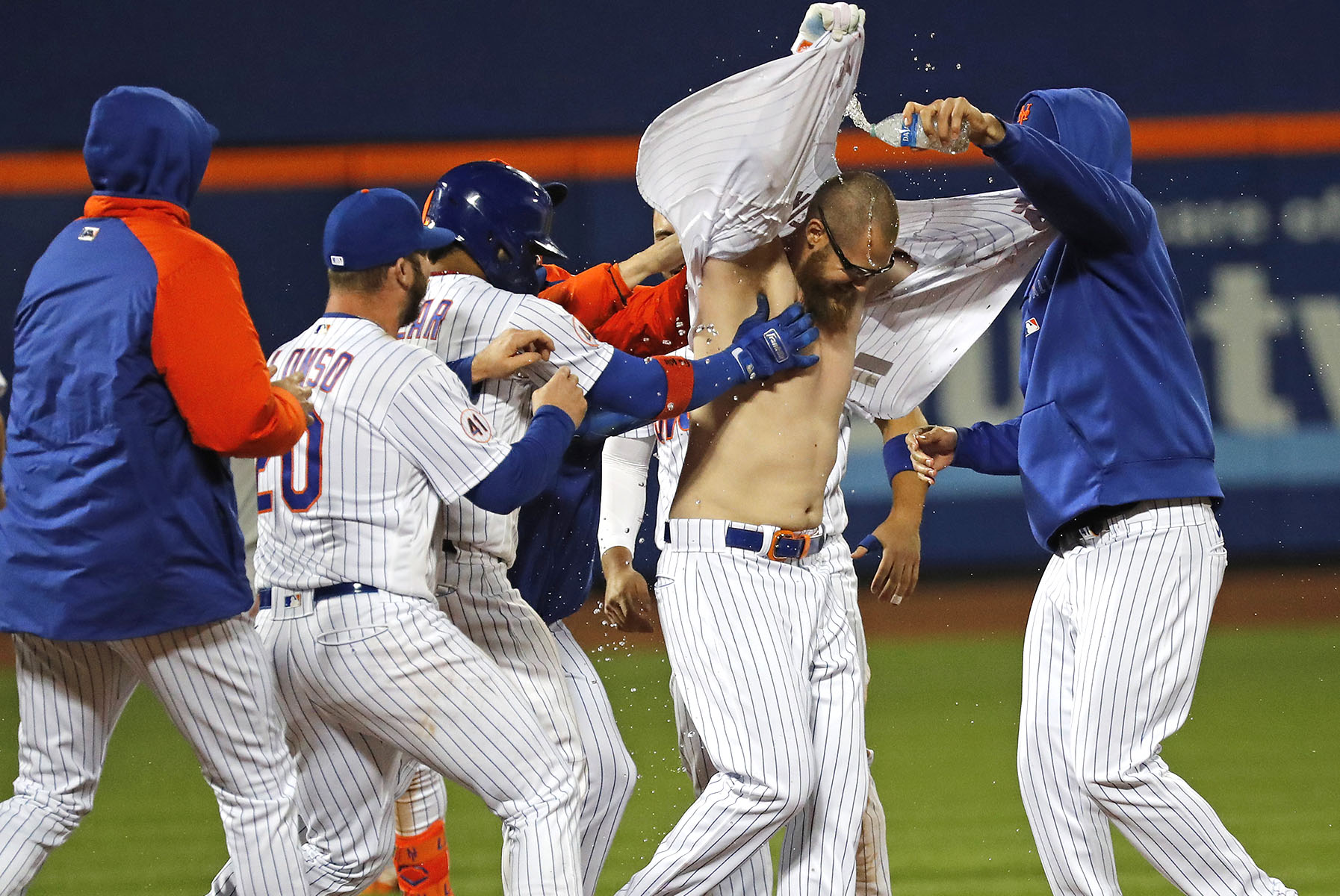 No one does a walk-off fielder’s choice quite like Patrick Mazeika.

For the second time in four games, Mazeika hit a walk-off ground ball, this time to beat the Orioles, 3-2, at Citi Field on Tuesday night. Once again, Mazeika’s teammates mobbed him on the field, ripping off his jersey.
Kevin Pillar led off the bottom of the ninth with a long drive that umpires initially ruled a game-tying homer, before conferring and concluding that the ball went just foul. But Pillar and Jonathan Villar both singled, and with one out, Dominic Smith hit a game-tying single. That brought up Mazeika, who hit a ground ball to first. Trey Mancini’s throw beat Villar to the plate, but Pedro Severino could not apply the tag in time.

The first six innings of the game were a classic pitchers’ duel between Marcus Stroman and John Means, until managers Luis Rojas and Brandon Hyde both removed their starters at the same time. With the bases loaded and one out, Hyde opted to replace Means with a pinch-hitter. Rojas countered by bringing in lefty specialist Aaron Loup, and Hyde responded by bringing in righty-swinging Pat Valaika, who hit a sacrifice fly for the game’s first run.