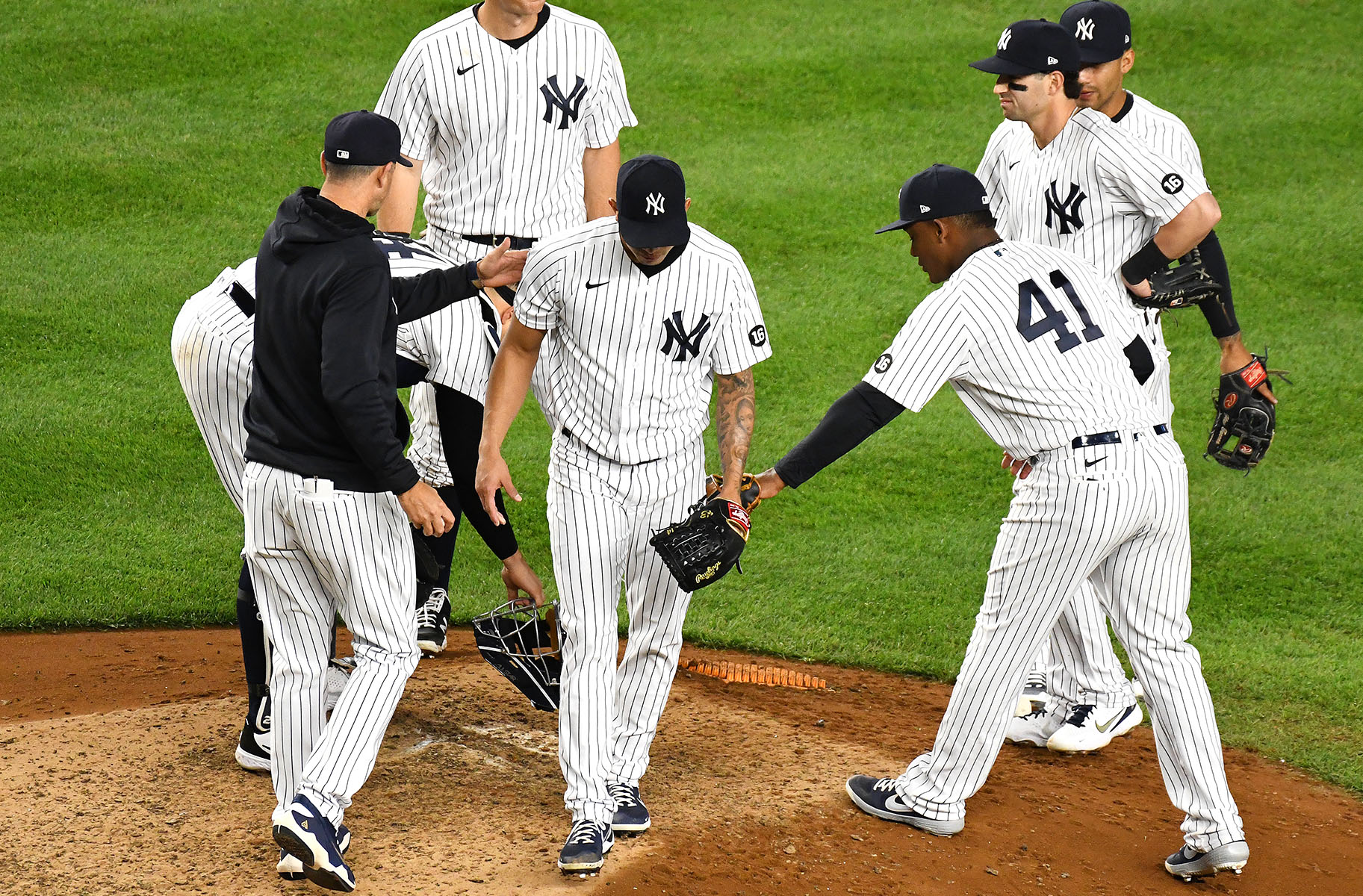 The Yankees’ defense has been a cornerstone of their recent hot streak, but a trio of fielding miscues opened the floodgates for six eighth-inning runs in Friday’s 11-4 loss to the Nationals at Yankee Stadium.

Right fielder Aaron Judge was charged with his first error since September 2018 after booting Yadiel Hernandez’s single before DJ LeMahieu threw wildly on a sacrifice attempt, setting up Trea Turner’s tiebreaking single off Jonathan Loaisiga. Robbed earlier in the evening by a terrific Clint Frazier catch, Josh Harrison then broke the game open with a three-run homer.

Gleyber Torres also committed an error in the ugly inning, the Yanks’ most runs allowed in any frame this season. Washington’s rally spoiled the sixth multihomer performance of LeMahieu’s career, as the infielder continued to see the ball well against left-hander Patrick Corbin, a frequent foe from LeMahieu’s days in the National League.

LeMahieu put the Yankees on the board with a leadoff homer, then reached the right-field seats again in the sixth with a game-tying blow. LeMahieu is now 21-for-54 (.389) with six homers lifetime against Corbin, the most home runs LeMahieu has hit against any big league pitcher.

Gary Sánchez also launched a homer, his first since April 3, in support of starter Jameson Taillon. Touched for second-inning homers by Josh Bell and Yan Gomes, Taillon then retired the next 15 batters he faced, tossing 6 1/3 innings of three-run, three-hit ball.