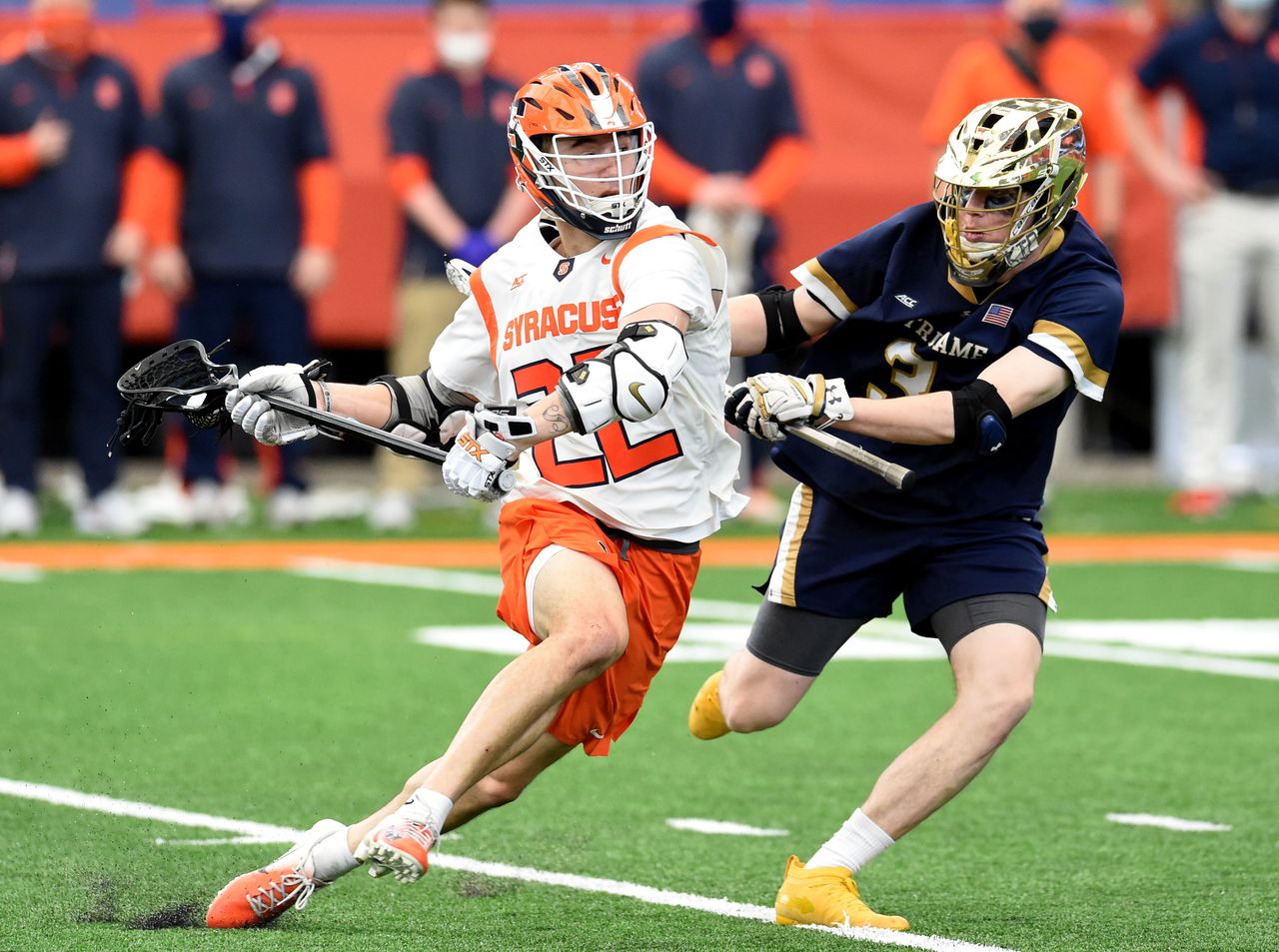 Syracuse attack Chase Scanlan was arrested Friday and charged with criminal mischief, according to a Syracuse Police Department spokesperson. The redshirt sophomore was involved in what the Department of Public Safety classified as a domestic incident on April 18.

Scanlan was arrested on the charge of criminal mischief in the fourth degree. He is currently listed in the county’s inmate database. The crime, a misdemeanor, can include intentionally damaging another person’s property.

Syracuse.com reported that Scanlan will be “automatically released under state law because misdemeanor criminal mischief is not a charge for which any bail can be set.” US Lacrosse Magazine reported that Scanlan was accused of breaking a woman’s phone, as well as a “physical altercation” with her, according to the Onondaga County District Attorney’s office.

The misdemeanor charge relates to the broken phone, but Scanlan has reportedly been separately charged with harassment that relates to the physical altercation.

“Hopefully, today’s arrest will put to rest the rumors that have been running rampant about this incident for the last couple of weeks and send a message that we take all incidents of domestic violence seriously, no matter where they are committed or by whom they are committed,” the DA said later in a news release. “The investigation is ongoing.”

Syracuse.com obtained a photo on April 29 of a damaged wall in a South Campus apartment being used as part of the investigation into the domestic incident.

At the time, the DPS turned the case over to the Office of Student Rights and Responsibilities and SU’s Title IX office. SPD and the district attorney’s office were both involved in the investigation.

Scanlan was suspended from the team the following day, and head coach John Desko reinstated him to the team on April 26. The attack did not practice with the team that week, nor did he travel to Notre Dame for the Orange’s matchup with the Fighting Irish. After SU’s captains reportedly threatened to walk out of practice if he showed up, he practiced individually with a member of the coaching staff.