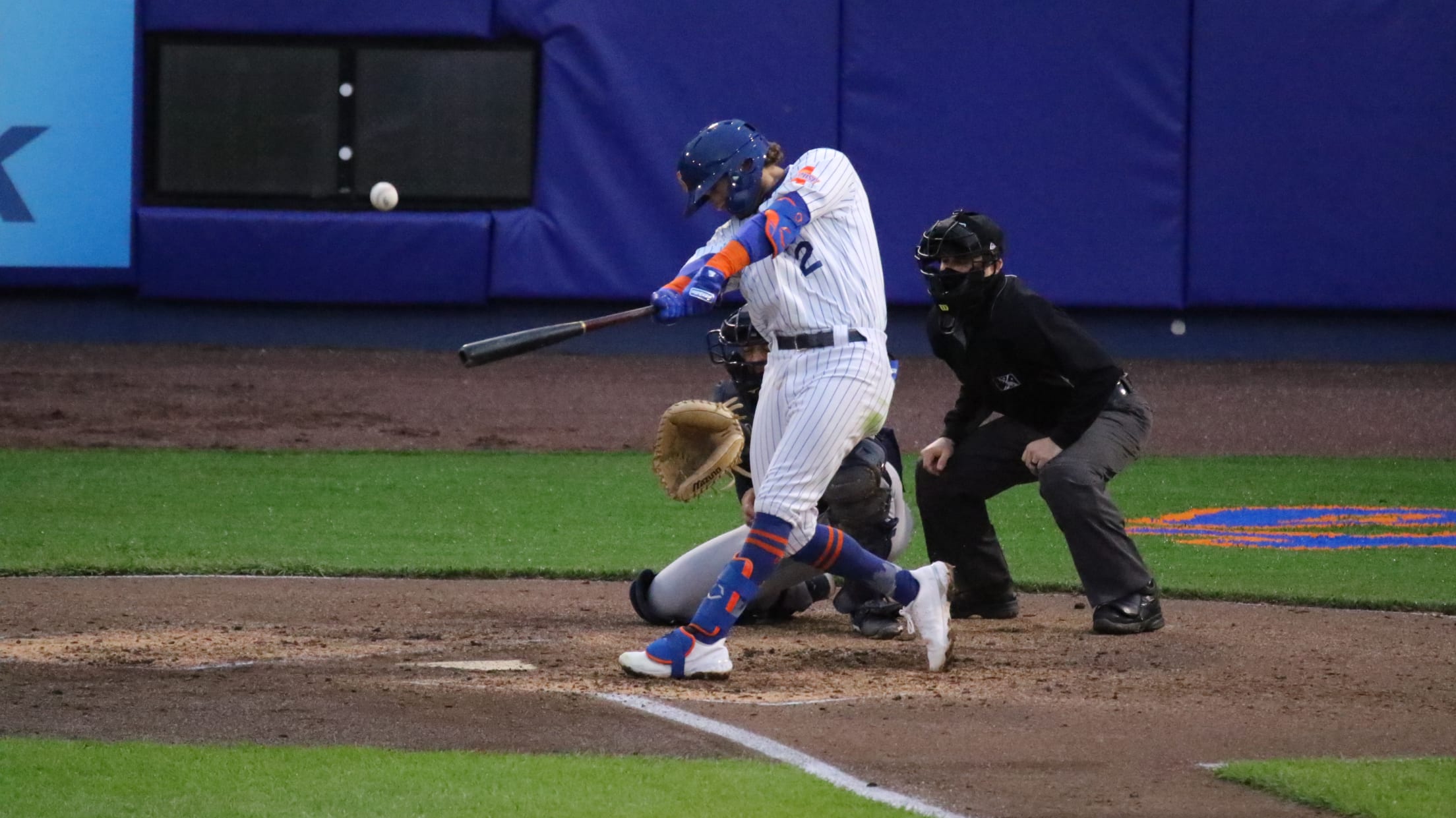 The Syracuse Mets came close but couldn’t overcome Scranton/Wilkes-Barre’s offense on Wednesday night as the RailRiders beat the Mets, 7-5, at NBT Bank Stadium. Despite the loss, Syracuse second baseman Jake Hager hit a grand slam during the game, which is the first grand slam hit in the Triple-A East League this season.

Scranton/Wilkes-Barre (1-1) jumped on the board in the top of the third inning. With two outs and a runner at first, Luke Voit crushed a two-run home run over the right-center-field wall to give the RailRiders a 2-0 lead. Miguel Andujar followed with a solo homer to make it a 3-0 advantage.

The RailRiders gained more ground in the top of the fifth. Trey Amburgey led off with a home run for a 4-0 lead. Then, after a single, a walk, and another single loaded the bases, Miguel Andujar hit a sacrifice fly that brought home a run to give Scranton/Wilkes-Barre a 5-0 edge.

Syracuse (1-1) struck back in the bottom of the fifth. With two outs and the bases loaded, Hager hammered a ball over the left-field fence for a grand slam that pulled the Mets within one, 5-4.

Scranton/Wilkes-Barre added to its advantage in the seventh despite not getting a hit. A hit by pitch, fielders choice that didn’t result in an out, and a walk loaded the bases with two outs. Both Ryan LaMarre and Chris Gittens followed with bases-loaded walks to bring in runs, extending the Scranton/Wilkes-Barre lead to three, 7-4.

The Mets made things interesting in the ninth. Brandon Drury led off with a single and advanced to second on a wild pitch. After back-to-back strikeouts, Martin Cervenka doubled to left field, to bring Syracuse within two, 7-5. Drew Jackson then walked to put the tying run on base and bring the go-ahead run to the plate. A wild pitch moved Cervenka to third base and Jackson to second, but a strikeout ended the game.

Syracuse and Scranton/Wilkes-Barre meet again on Thursday. Right-hander Franklyn Kilomé will pitch for the Mets opposite RHP Deivy Garcia for the RailRiders. First pitch is at 6:35 p.m.