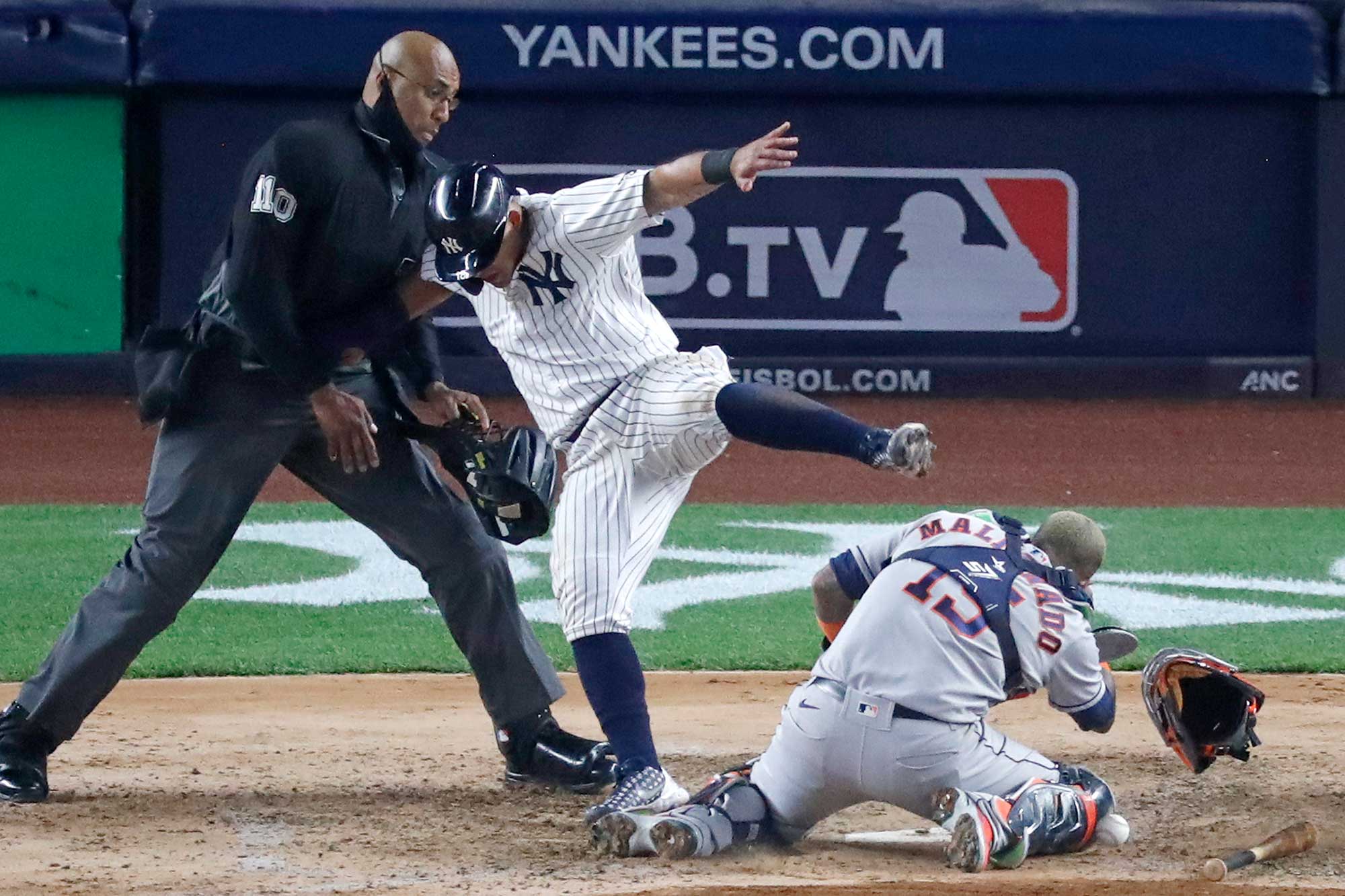 The Yankees placed second baseman Rougned Odor on the 10-day injured list with a left knee sprain and recalled right-hander Albert Abreu from Triple-A Scranton/Wilkes-Barre prior Wednesday night’s game against the Astros.

Odor hurt his knee in an awkward home-plate collision with Houston catcher Martin Maldonado during Tuesday’s game at Yankee Stadium.

The collision occurred after DJ LeMahieu hit a weak grounder to third base with the bases loaded in the bottom of the sixth inning. Astros third baseman Alex Bregman threw wildly to first, allowing New York to clear the bases.

Attempting to prevent Odor from scoring, Houston first baseman Yuli Gurriel bounced his throw home to Maldonado, and the catcher was drawn directly into Odor’s path as he tried to corral the ball. Odor’s left knee slammed into Maldonado’s head and shoulder area and both players eventually exited the game. Maldonado was diagnosed with an injured trapezius muscle and is day to day.

The bats have spoken. pic.twitter.com/wL5H57ot3n

Odor has started 18 games for the Yankees since the team acquired him in a trade with the Rangers on April 6. He has hit .164 with the Bronx Bombers, albeit with four homers, seven walks and 11 RBIs in 70 plate appearances.