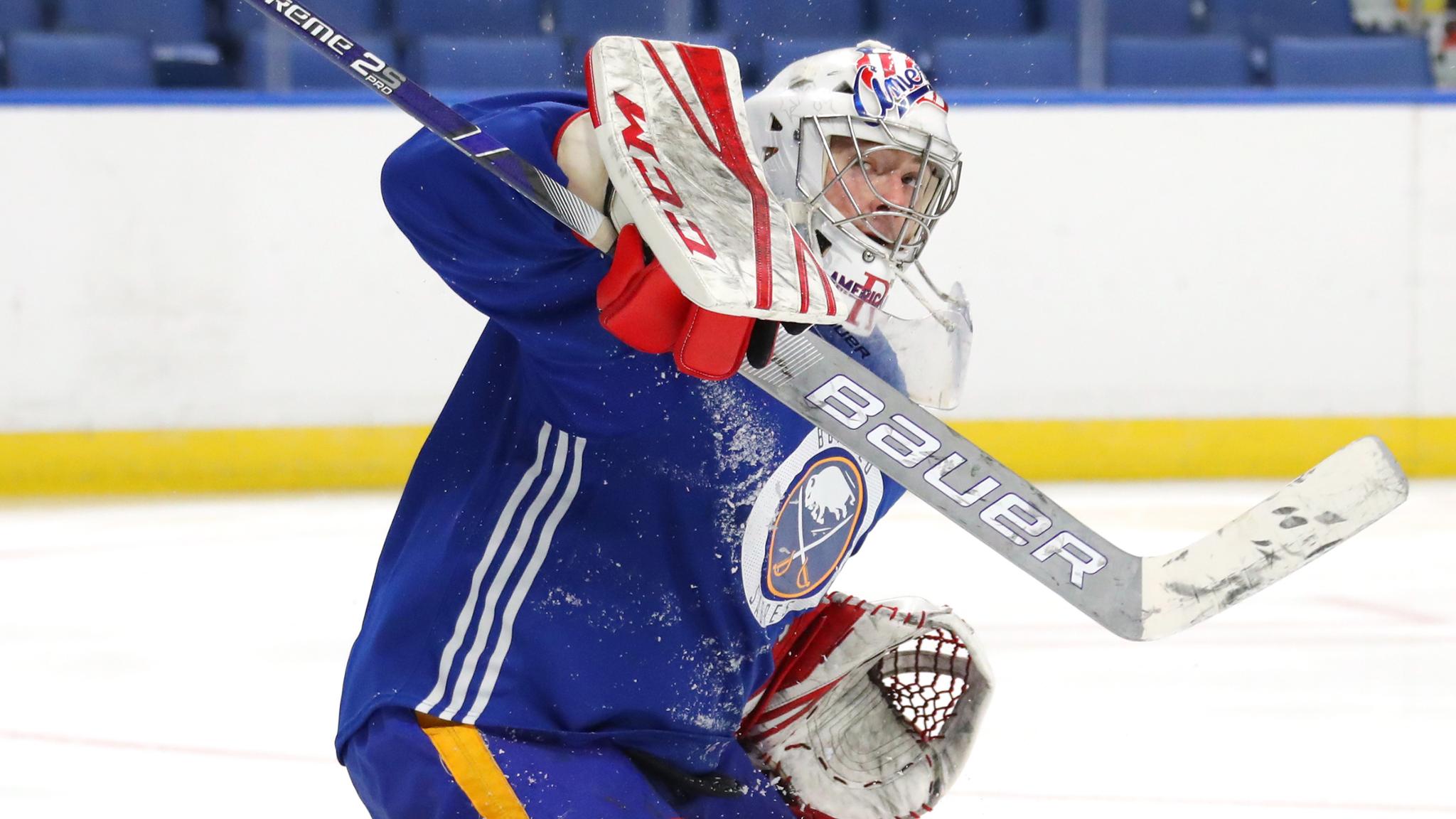 Houser’s been on the Sabres’ taxi squad for much of the 2021 season but has yet to play a game. The 28-year-old was never drafted, and his last professional appearance came on March 7, 2020, for the ECHL’s Cincinnati Cyclones, according to Jourdon LaBarber of the Sabres website.

He’s played only one game above the ECHL level since the 2016-17 campaign – a one-save effort in relief with the Tucson Roadrunners.

“It’s a little nerves right now,” Houser said per The Athletic’s John Vogl. “But I think after the puck drops, settle in, hopefully get a quick touch, and then it is just another hockey game. I’m going to have to tell myself I’ve played a million of these before and it’s just different players on the ice.”

Houser gets his long-awaited chance as the Sabres deal with numerous injuries between the pipes. No. 1 starter Linus Ullmark remains sidelined and rookie Ukko-Pekka Luukkonen is awaiting his own injury diagnosis. Dustin Tokarski is getting a rest day.

Houser will be the sixth different goalie to start a game for the last-place Sabres this season.