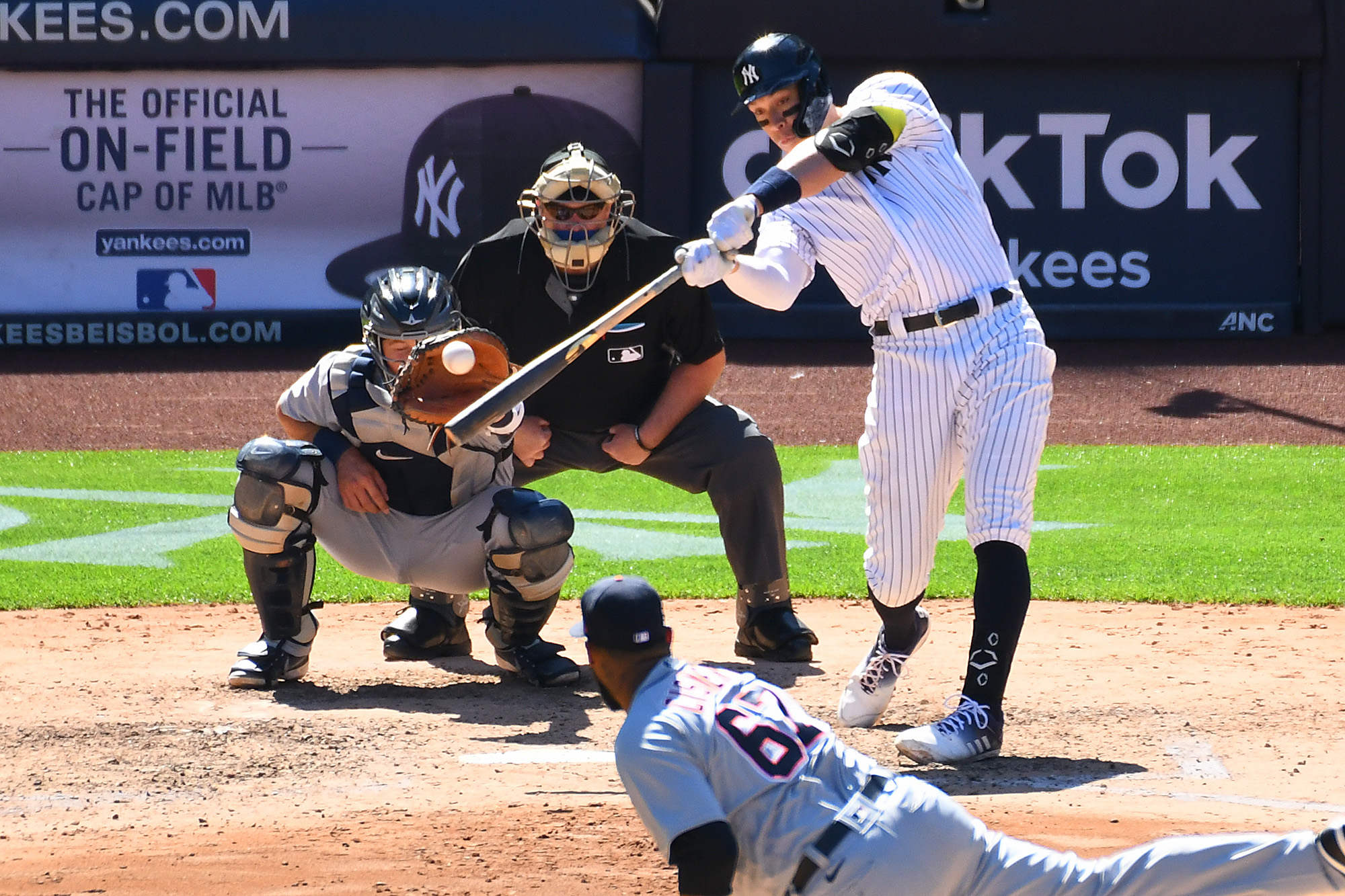 Aaron Judge continued to drive the ball with authority on Saturday afternoon, collecting three hits and driving in three runs to pace the Yankees’ attack in a 6-4 victory over the Tigers at Yankee Stadium.

One day after homering twice, Judge swelled his weekend tally to eight RBIs with a go-ahead double in the fifth inning, then cashed two more with a bases-loaded knock as part of a four-run sixth. The Yankees have won four of their past five games and could return to the .500 mark on Sunday.

Gleyber Torres also drove in three runs, helping right-hander Jameson Taillon notch his first big league victory in exactly two years. Taillon navigated five innings of one-run ball, scattering three hits and striking out eight to log his first win since May 1, 2019, for the Pirates against the Rangers in Arlington.

Continuing to advance further past his second career Tommy John surgery, Taillon was clocked as high as 95.9 mph, feeding the Tigers lineup a mix of fastballs (38), curveballs (27), sliders (11) and changeups (3). Jeimer Candelario accounted for the only run off Taillon, homering on a hanging slider in the fourth inning.

New York peppered right-hander Spencer Turnbull for four runs and five hits over five-plus innings. Torres punched a run-scoring single through the right side of the infield in the third inning and Judge smoked a 112.1 mph RBI double in the fifth, scoring DJ LeMahieu after a single, stolen base and throwing error.