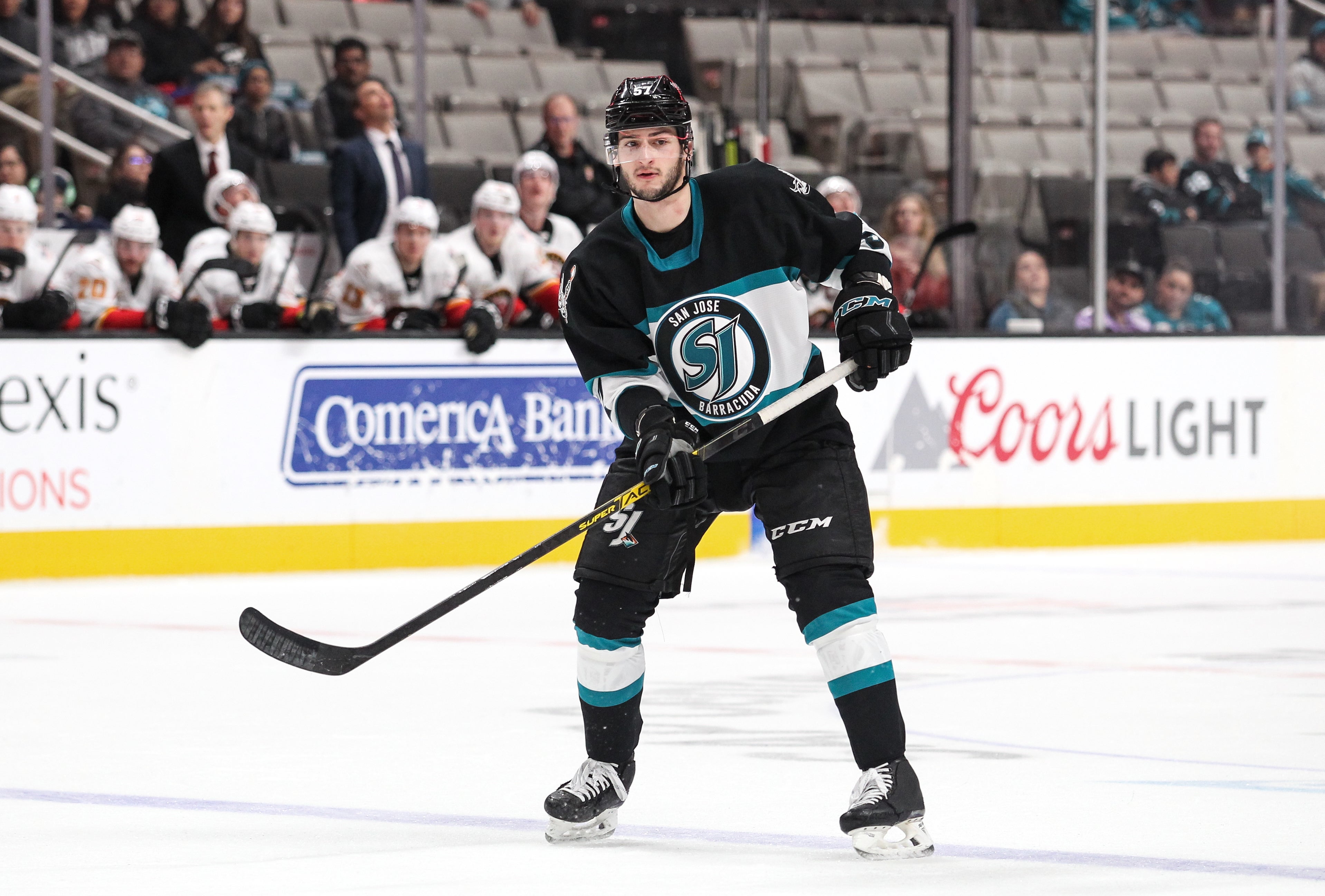 The Rochester Americans announced today that defenseman Nick DeSimone has been loaned to the team from the Vegas Golden Knights (NHL).

DeSimone, 26, joins the Amerks after beginning the 2020-21 season with the San Jose Barracuda (AHL), where he recorded five assists in 14 games while serving as an assistant captain. The 6-foot-2, 185-pound blueliner was recently acquired by the Golden Knights on April 12 in exchange for a fifth-round selection in the 2022 NHL Draft from the San Jose Sharks.

The fifth-year pro has appeared in 190 career AHL games with the Barracuda, totaling 91 points (26+65), including a career-best 46-point campaign in 2018-19 when he finished tied for seventh in scoring among all AHL defensemen. He also has nine points (2+7) over 21 Calder Cup Playoff contests.

Prior to turning pro, the East Amherst, New York, native completed a three-year collegiate career at Union College (ECAC), where he registered 48 points (15+33) in 109 games with the Dutchmen from 2014-2017. During his final season, DeSimone finished tied for fifth on the team with a career-high nine goals while also producing then a personal-best 19 points in 38 games.