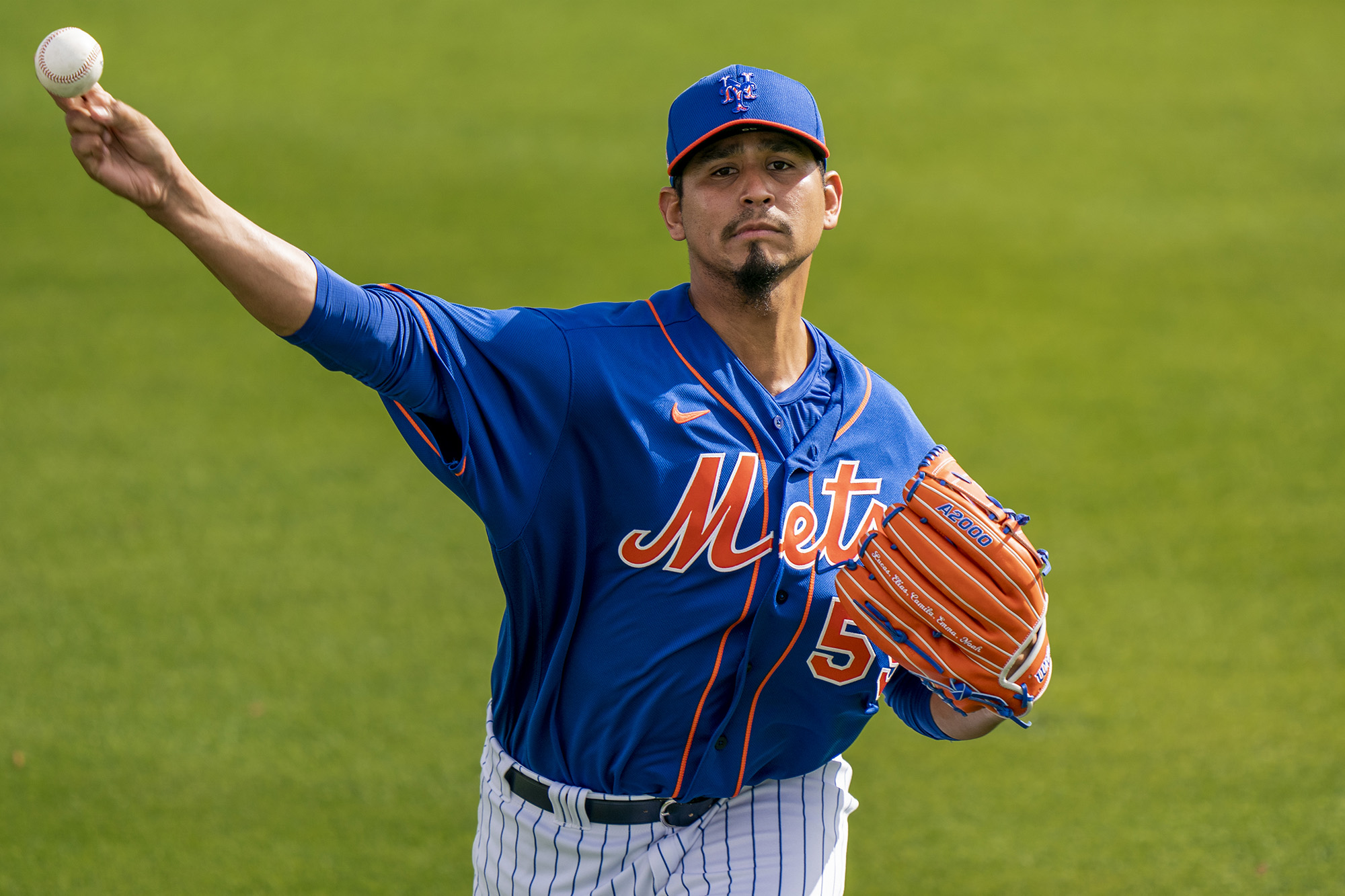 Carrasco, who is working his way back from a torn right hamstring he suffered in the middle of March, appears to be on track for a return sooner than initially expected.

The right-hander has been throwing from the mound during simulated games and fielding his position, and he took another big step on Wednesday as he builds up arm strength.

Carrasco threw 65 pitches over four innings on Wednesday in Florida.

“He looked good,” Rojas said. “Throwing the ball good, he did his up/downs. So he’s building up correctly. The next step I think is five (innings), And I know we’re talking about probably watching him face some competition.

“So if we can get him here maybe to the alternate site, either do a sim game — I know they’re playing games there as well — that may be something we consider having him do before he joins the club.”

If Carrasco stays on an every-fifth-day schedule and does not suffer any setbacks, it’s fair to believe he could be activated in late-April.

Davis was placed on the IL on April 10 (retroactive to April 7) due to a left hand contusion he suffered after getting hit by a pitch against the Philadelphia Phillies.

He has been taking swings in the cage and taking grounders at third base, and seems to be on track to be activated from the IL on April 17 when he is first eligible.

“We’re looking forward to it,” Rojas said. “He’s looked good in BP, he’s taking his ground balls, he’s done his running, he’s done everything that he needs to do to get in there. I don’t think we’re gonna get him to see live pitching before activating him. … let’s see how he does in the next couple of days and then that can determine it.”

With Davis out, Luis Guillorme and Jonathan Villar have been splitting time at third base.